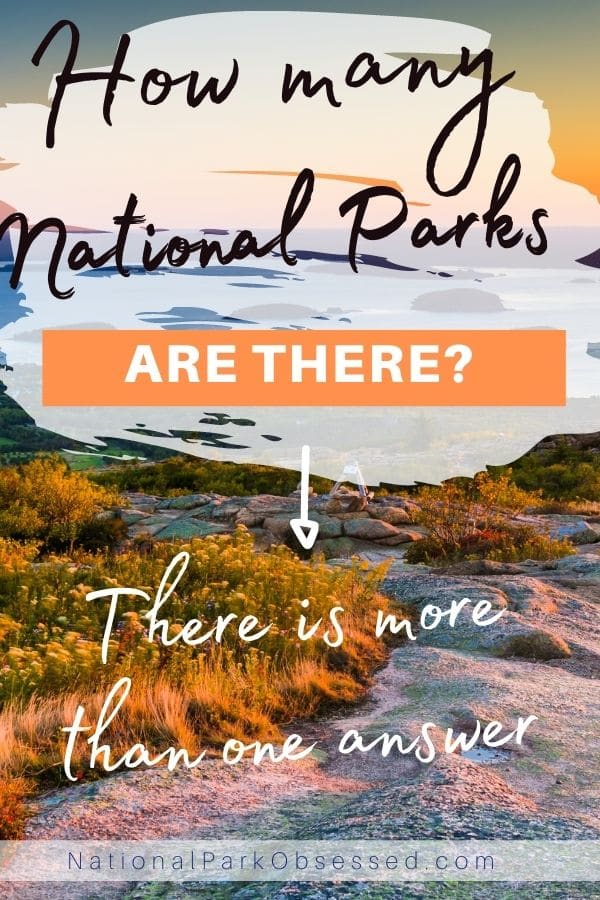 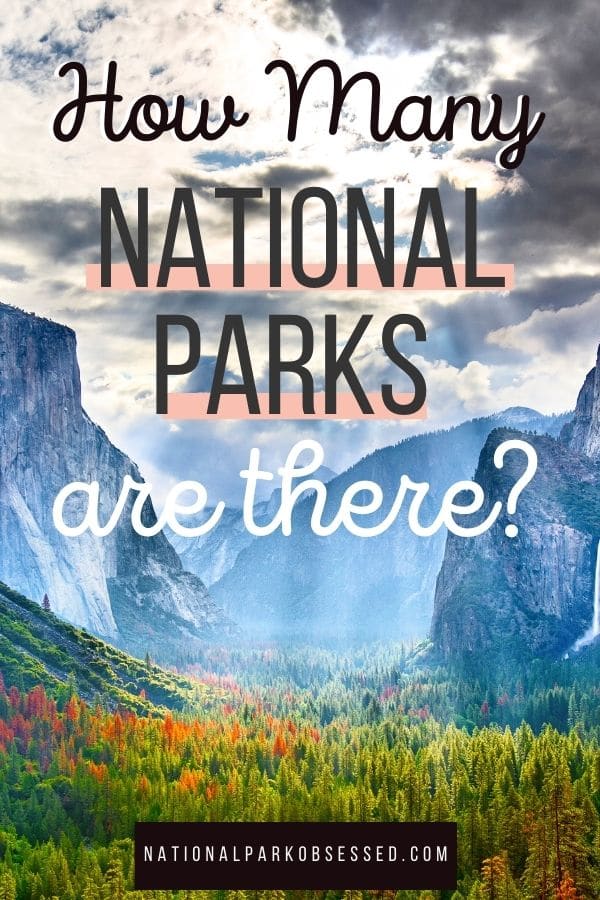 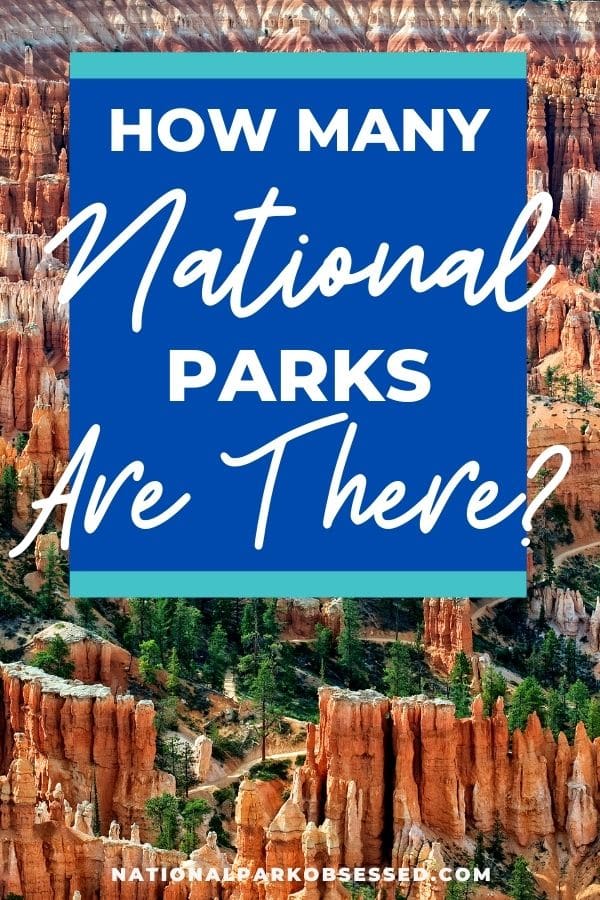 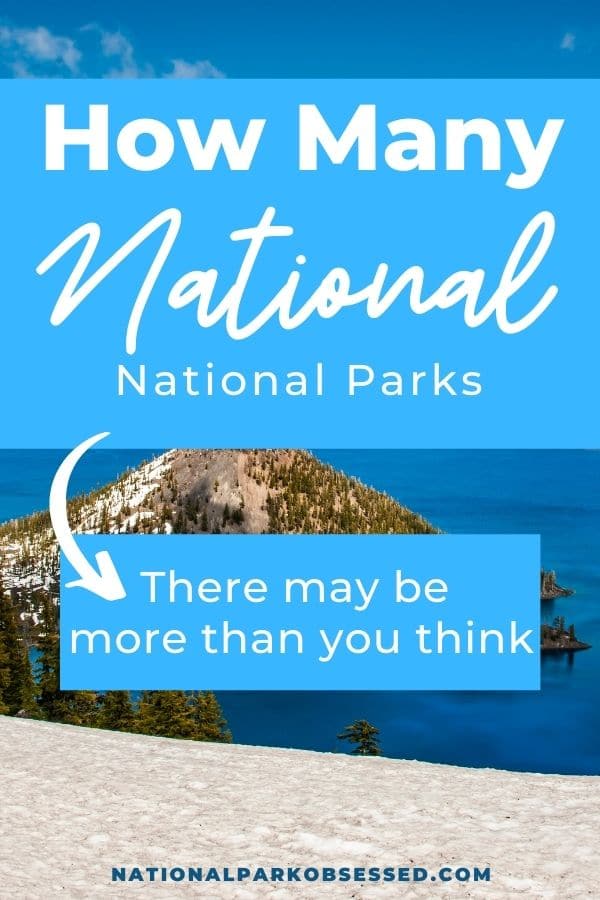 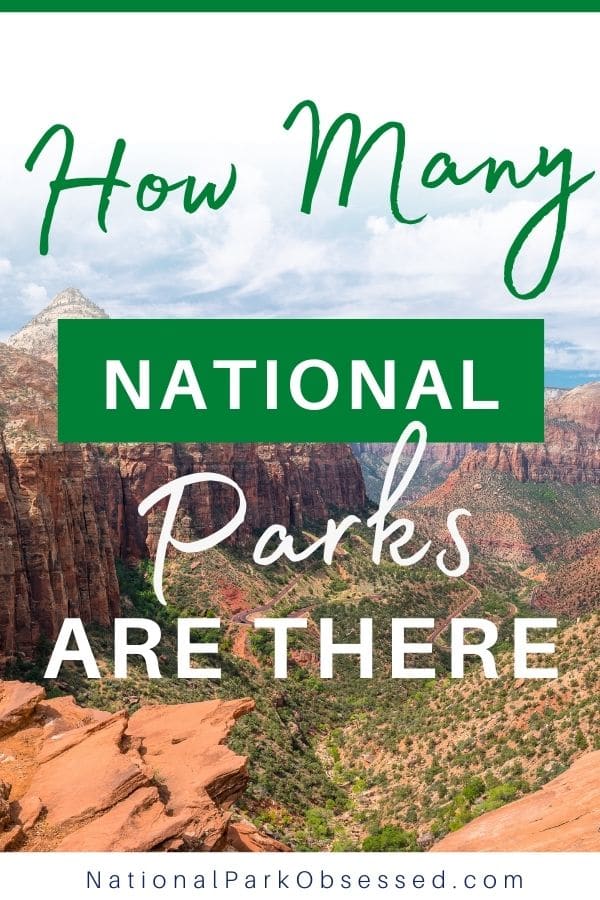 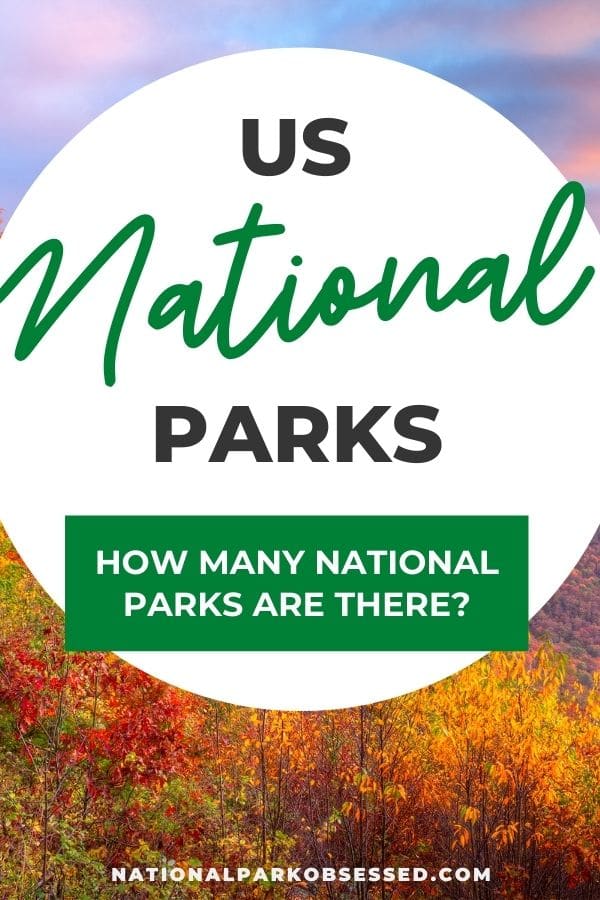 That is a great question and can be subject to much debate. Never ask this question in a National Park Facebook group. It’s like watching a bunch of kids argue over which candy is best. I wish I was joking but I’m not. The answer to “How many National Parks are there in the US” is it depends on what you count as a National Park. Depending on how you answer that question, the answer is either 63 National Parks or 423 national parks.

I’m going to breakdown why there are two answers to the question “How many National Parks are there in the United States” and explain the difference between the answers and the common arguements for that answer.

Updated on December 12, 2020, to include the addition of Medgar and Myrlie Evers Home National Monument, Mississippi. This post was originally published on October 7, 2020.

How Many National Parks are there in the US?

These 423 national parks have a range of titles like National Monuments, National Historical Parks, National Memorials, National Battlefields, and about a half dozen other titles. While the 63 National Parks all have the title, National Park.

Most of the National Parks are amazing natural wonders whereas the national parks range from small monuments to historical sites to unique natural sites. I feel like most of the 63 Parks deserve just a little bit more recognition. It’s kind of like professional baseball. There are the major league teams such as the New York Yankees and then the minor league teams such as Louisville Bats. Both Bats and Yankees players are professional baseball players but Yankee players are usually held in higher regard and generally get a much larger paycheck.

What is the difference between a National Park and national park?

The short answer is nothing other than a name and how it was created. NPS states that all the units are treated equally and management decisions are based on the needs of that park not the title the park holds.

The long answer is it depend on how it is created.

If the United States President is looking to protect a parcel of federal land, they are authorized under the Antiquities Act of 1906 to create National Monuments. The Antiquities Act was created to give the president enormous powers for “… the protection of objects of historic and scientific interest.” Presidents have used this act over 161 times.

While most National Monuments are managed by the National Park Service, some are managed by a mix of other federal agencies including the Bureau of Land Management and Fish and Wildlife Service.

All other designations must be created via an Act of Congress. Hence why we get sites with naming designations that make no sense like Gateway Arch National Park, but Gateway Arch is one of the more unique situations.

Most of the time, a group of locals come together and start pushing for the protection/redesignation of a local site. They usually find support in one of their local Congresspeople. Said Congressperson then writes a bill and starts advocating for this site to be added to NPS as XXXX designation. Usually, the designation matches the site, but not always.

In the end, it really doesn’t matter what a title a NPS unit holds, they are all worth a visit in their own way. If you want to visit all the national parks? Pick the list you would like to work off and start marking units off. Personally, I have been working off the 63 National Park list since 2009. While I have been focused on those parks, I have also made it a point to visit the other NPS units when they are nearby other travels.

It’s the journey that matters not the destination.

Pin to Save for Later: How Many National Parks are there in the US?