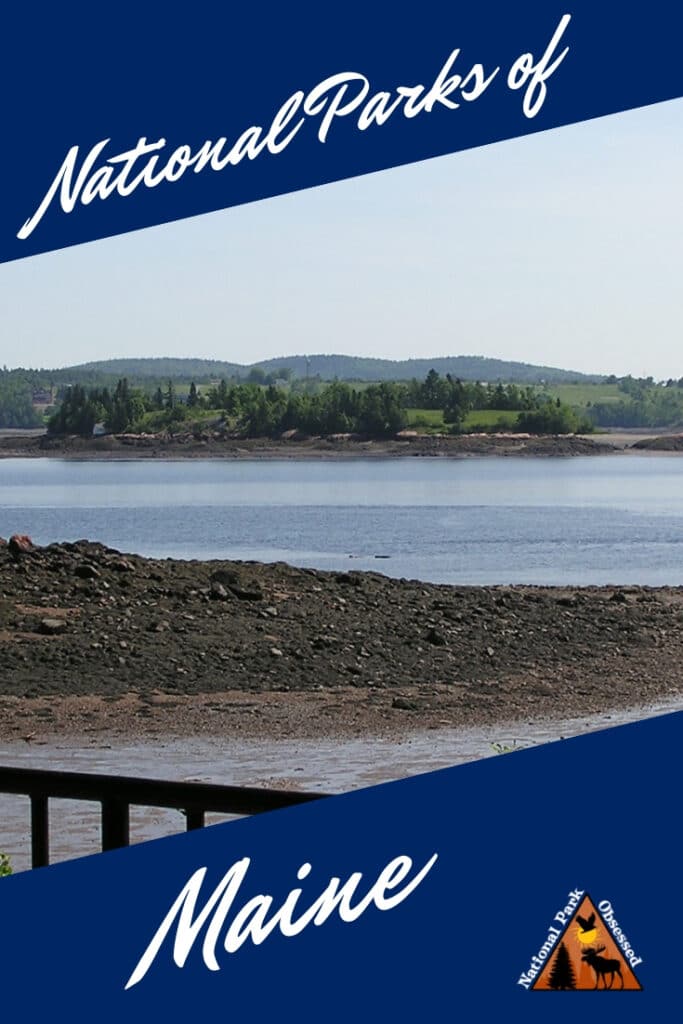 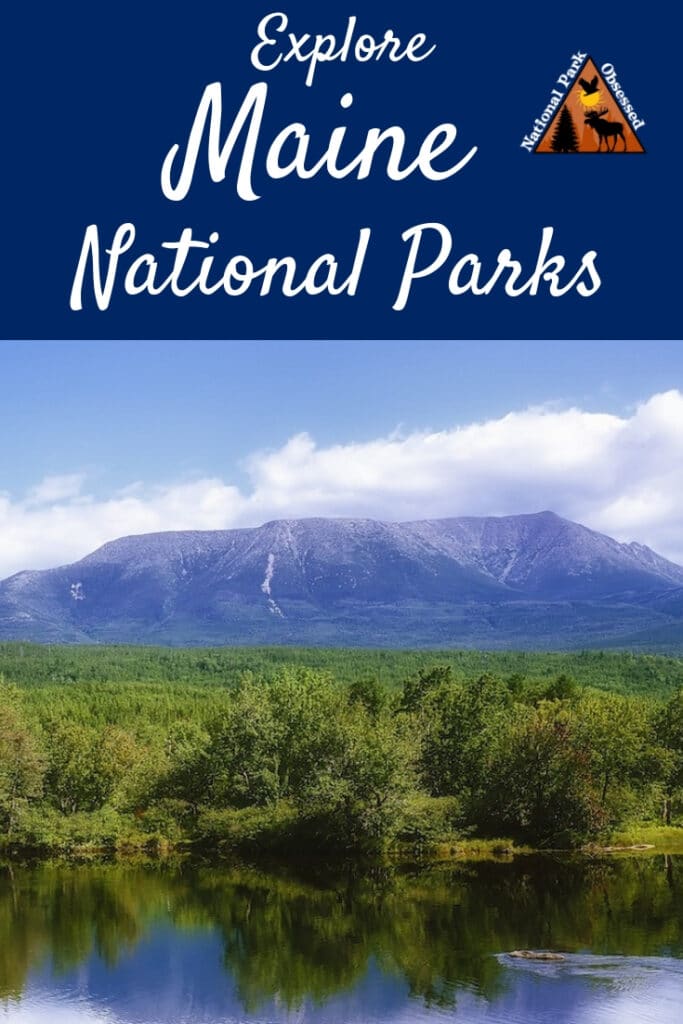 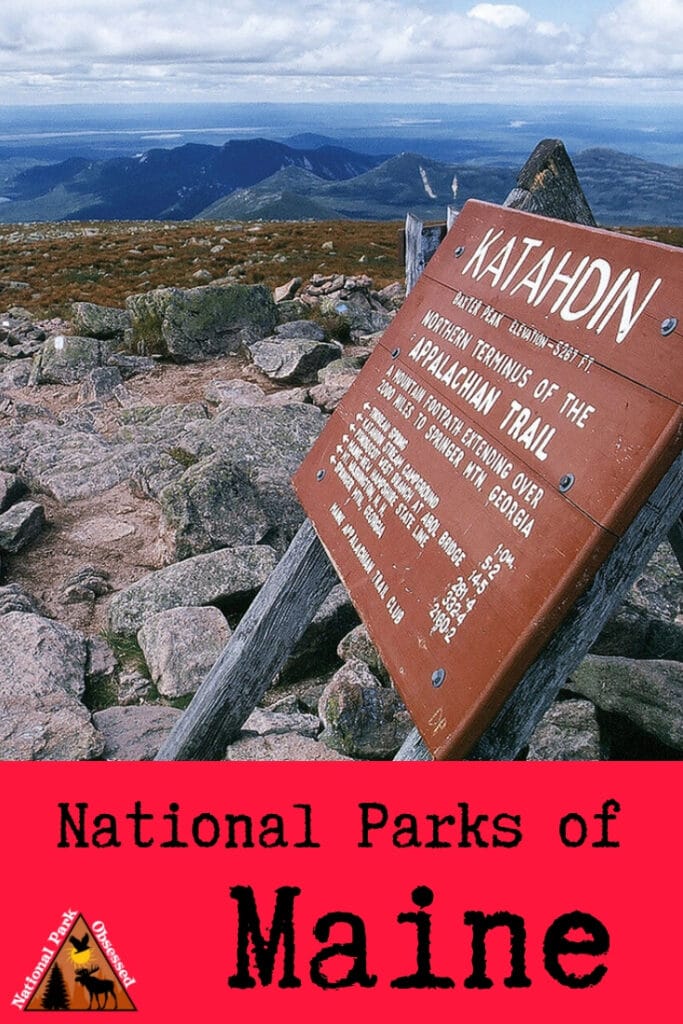 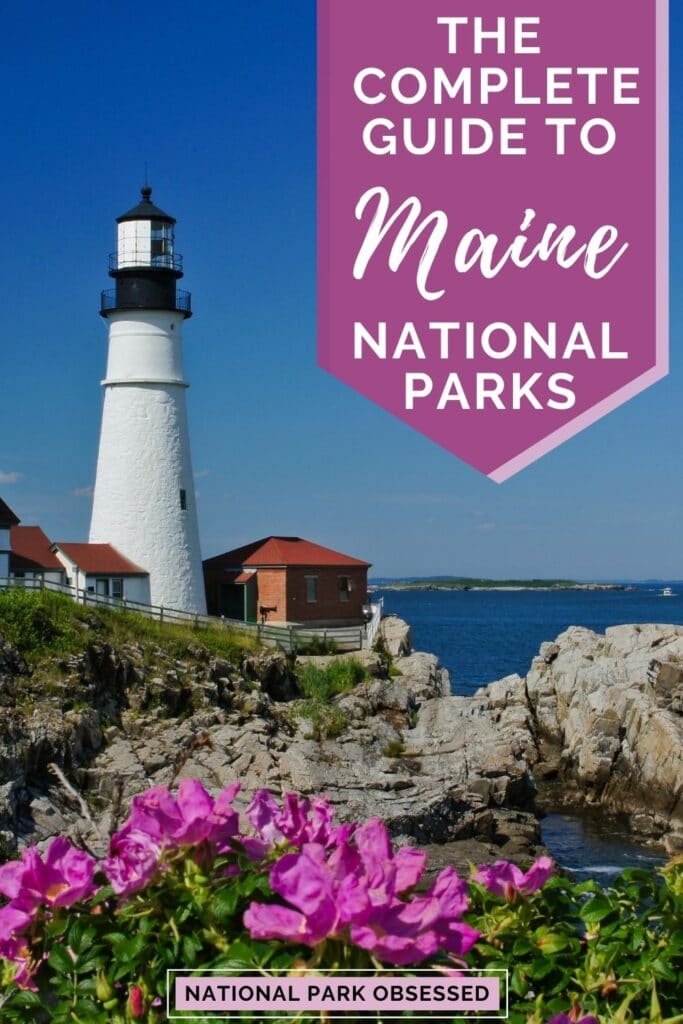 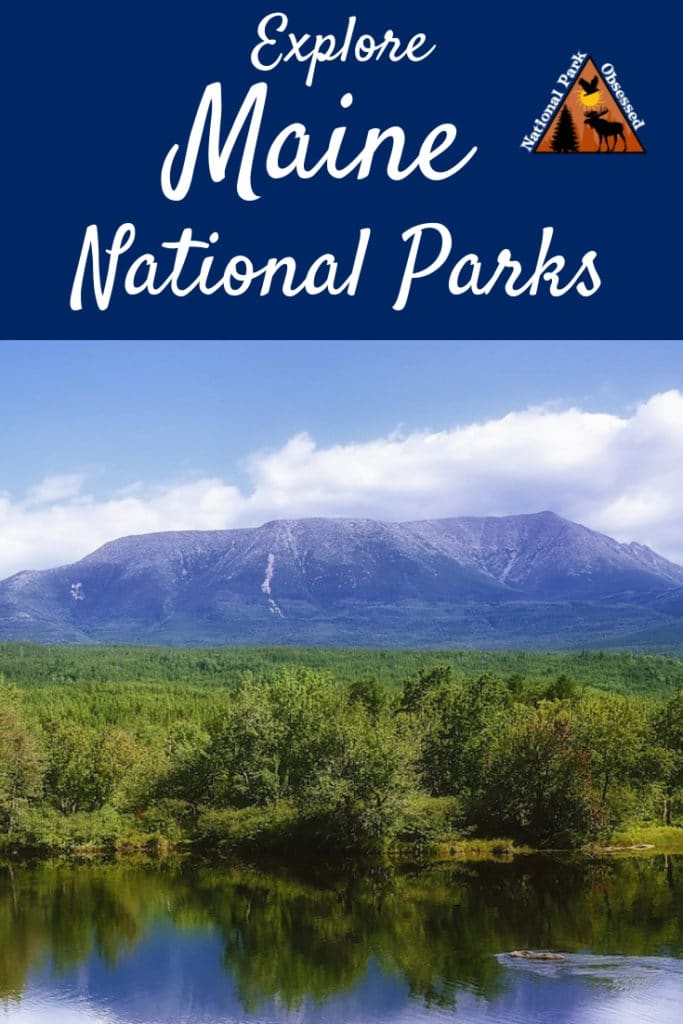 Maine is part of the Northeast Region.

Acadia National Park protects most of Mount Desert Island and several smaller islands.  The park is the oldest National Park east of the Mississippi.  Acadia is a unique park as it spans ocean coastline, mountains, woodlands, and lakes. The area is the ancestral homeland of the Wabanaki people.  They made use of the sea and land.

Visitors to the park come to hike, play in the ocean, explore the historical carriage trails or just sit by the pond and be.  Acadia National Park has a scenic drive that takes visitors around the park.  Many visitors head up Cadillac Mountain to watch the sunrise and sunset.  Acadia is one of the first places in the United States to see the sunrise.  During the fall the park is particularly busy with visitors coming to see the fall leaves.

In 1916, this amazing region was protected with the created of  Sieur de Monts National Monument.  Three years late, the area was elevated to a National Park and was known as Lafayette National Park.  It was renamed to Acadia National Park in 1929.

There is 281.4 miles of trail in the state of Maine.  The trail might start at the summit of Mount Katahdin but you have to first hike to the mountain summit to start your six month AT adventure.  Maine is considered to be some of the most difficult sections of the Appalachian Trail.  The Mahoosuc Notch is often called the “AT’s hardest mile.”

How to get to Appalachian National Scenic Trail: There are multiple access points along the trail. Many of which are driveable.

Where to Stay in Appalachian National Scenic Trail: Along the trail, there are numerous shelters and backcountry campgrounds. Hotels are available in towns along the trail.

Appalachian National Scenic Trail Entrance Fee: There is no entrance fee for the Appalachian Trail but the trail passes through numerous state and national parks, forests and public lands which may charge an entrance fee or have overnight permit fees.

Katahdin Woods and Waters National Monument is 88,000 acres of land along the East Branch of the Penobscot River.  The monument is located in north-central Maine. Baxter State Park and Mount Katahdin make up the western boundary of the park.  The region is a diverse forest of maple, oak, ash and many other types of trees.  The region has an interesting geology including lava flows and rock conglomerates.

The Penobscot River was a critical navigation corridor for the Wabanaki people. Today, they consider the river and important aspect of their culture.  Archeological evidence in the area dates back to 11,000.  These woods helped inspire the writings of Henry David Thereau.

Katahdin Woods was named a national monument in 2016.

Saint Croix Island International Historic Site is a small uninhabited island at the mouth of the Saint Croix River.  The Saint Croix River is the international boundary between the state of Maine and New Brunswick, Canada. Despite being a National Park Site, access to the island is prohibited but there is a visitor contact station on the United States mainland and a display on the Canadian mainland.

Saint Croix Island has many names.  The Passamaquoddy Nation called the island Muttoneguis or Metanegwis.  In the 18th century, many of the graves on the island were exposed giving rise to the name Bone Island. It became the Netural Island for refusing to take a side during War of 1812.  The French called the island Demont’s Island, Doucett Island, or Docea’s Island.  These named combined to Dochet Island.

The island is the site of an early attempt at French colonization in North America in 1604.

Saint Croix was named a National Monument in 1949.  In 1984, it became an International Historic Site.  This site is a unique site in both the US and Canadian National Park systems.

The Maine Acadian Culture site is international area split between Maine, New Brunswick and a few in Nova Scotia.  The area is tied together by the Acadian people.  The Acadian people are the descendants of the French colonists who settled the Acadia colony of France.  In the United States, the Acadian culture is seen in Maine and Louisiana (aka the Cajuns).

National Park Service supports this culture area by providing support to the Acadian Heritage Council, local historical societies and other activities to preserve the Acadian Culture.  Sites in Maine include the Acadian Landing Site, Tante Blanche Museum, Fred Albert House and many other sites.

Roosevelt Campobello International Park was the summer home of President Franklin D. Roosevelt. On August 1921, Roosevelt fell ill with a paralytic illness.  This illness was diagnosed as polio but his symptoms are more consistent with Guillain–Barré syndrome.  Roosevelt was paralyzed from the waist down.  Roosevelt considered retirement from public life but was convinced to continue on by his wife Eleanor.  Due to his illness, Roosevelt lost his love of Campobello and hardly every visited after 1921.

The site is a really unique site.  Campobello Island is located entirely in Canadian waters, but the Roosevelt Campobello International Park is operated by both the US and Canadain governments.  The island is connected to Maine via the Roosevelt Memorial Bridge.

In 1962, Eleanor Roosevelt deeded the property to both governments.  The Roosevelt Campobello International Park was created on January 22, 1964. The site is affiliated with Parks Canada and the National Park Service.