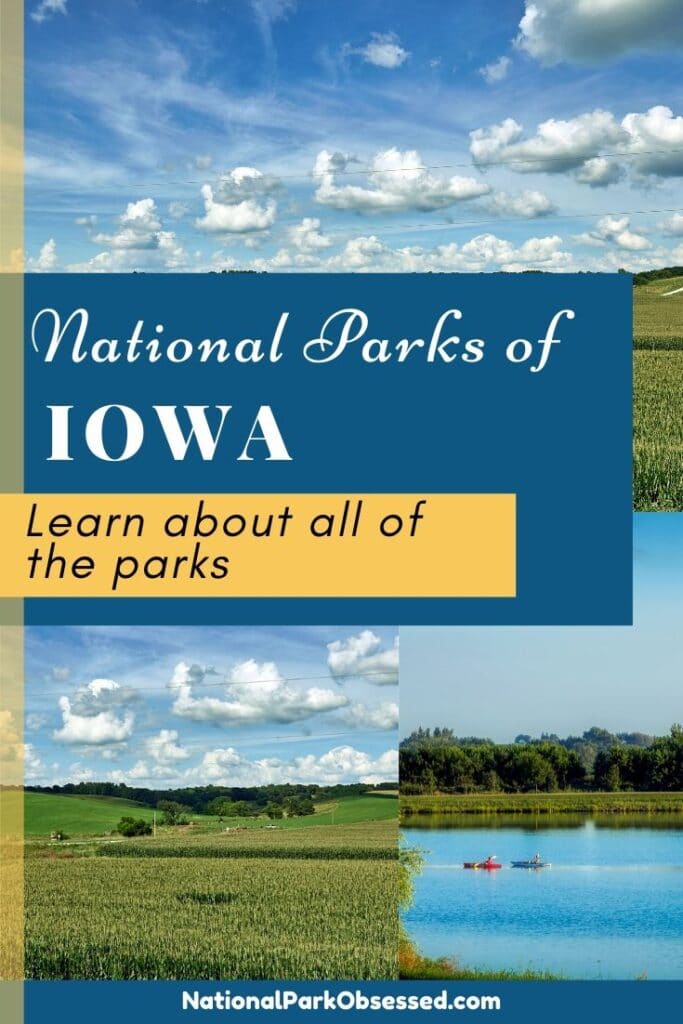 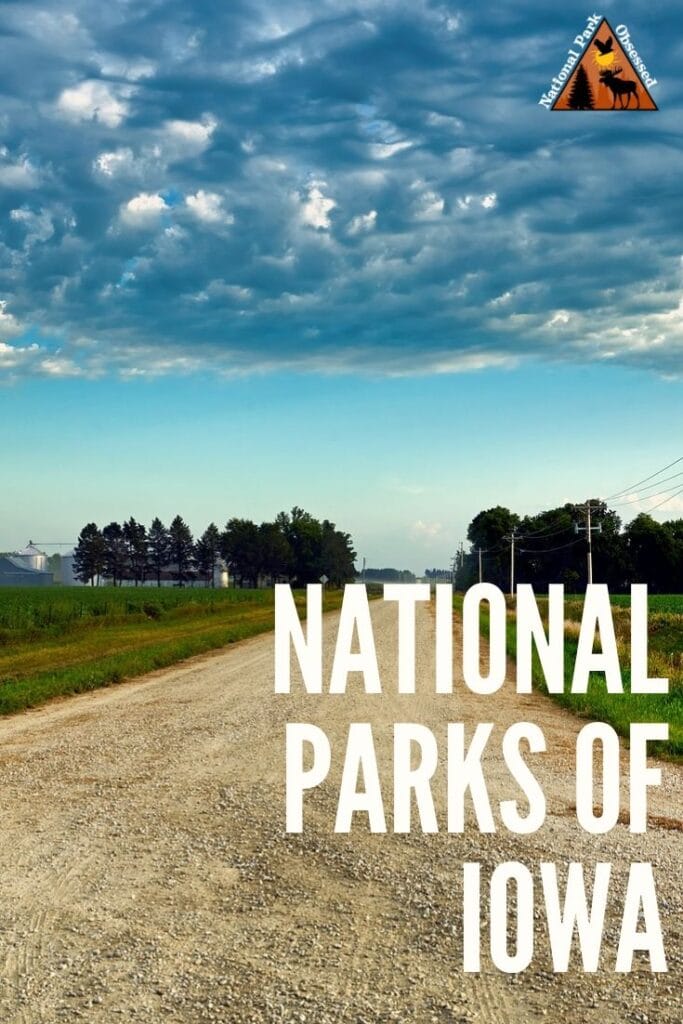 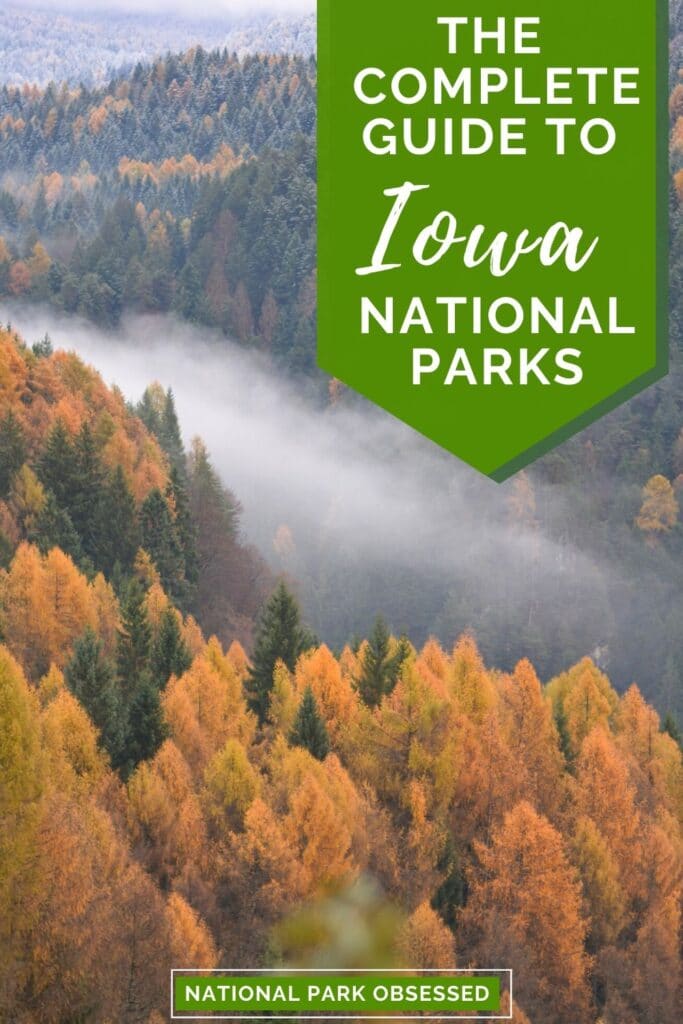 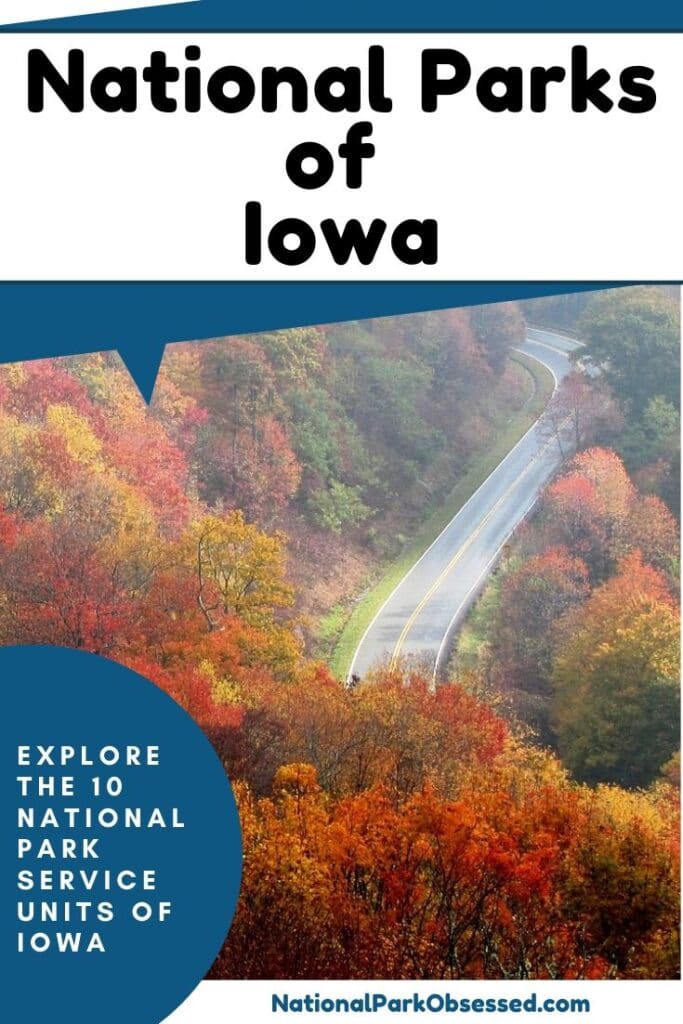 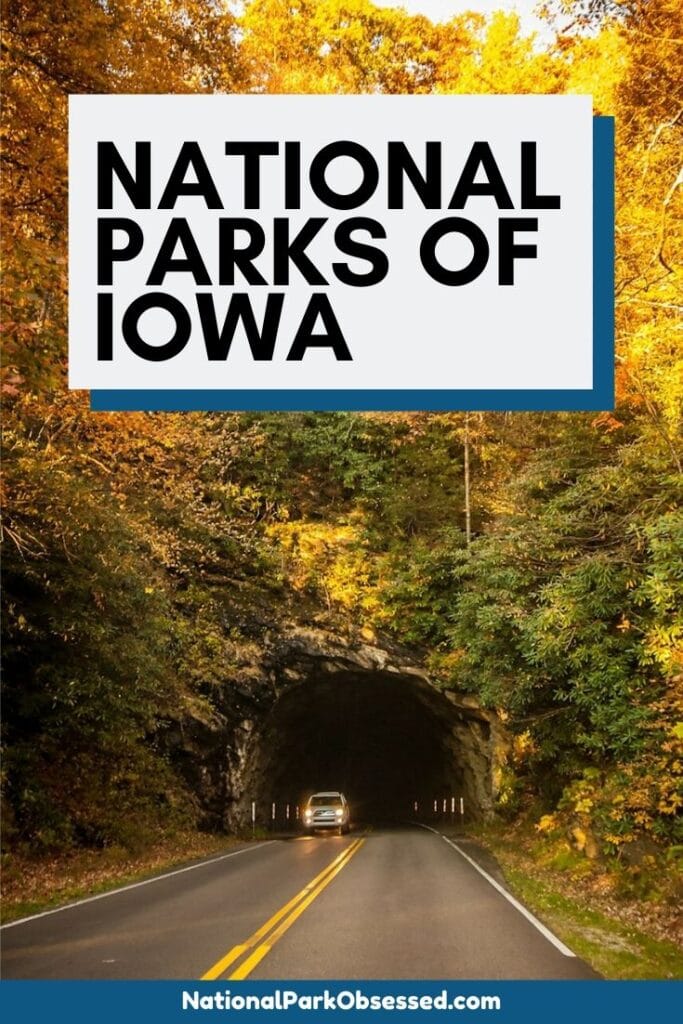 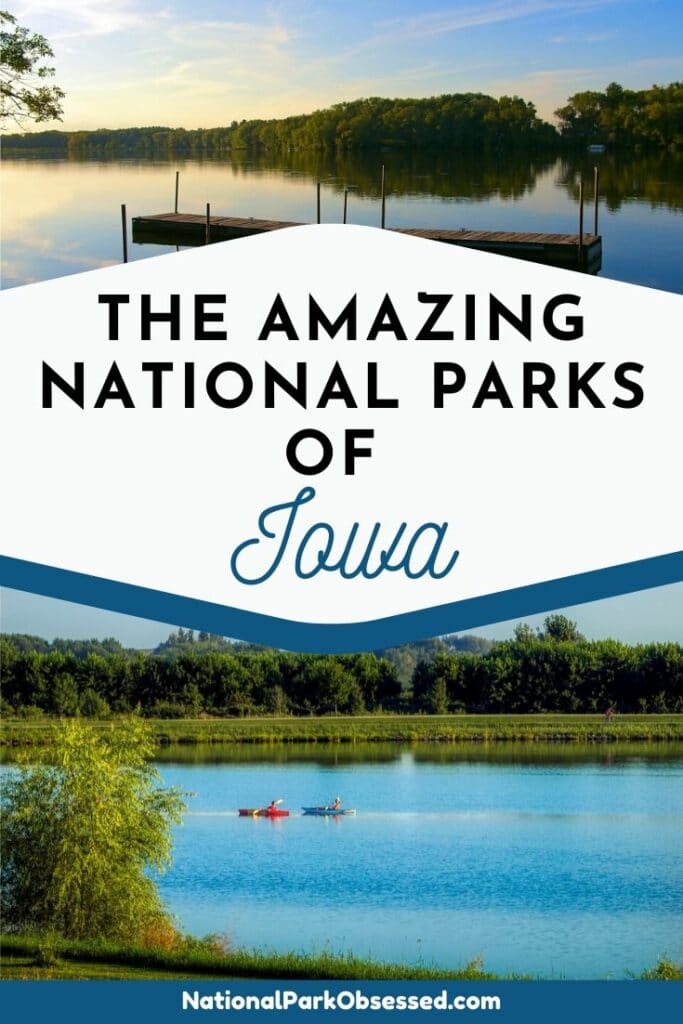 Iowa is a Midwestern state located along the Mississippi River. The state is nicknamed the “Hawkeye State” after the character in the Last of the Mohicans book. There is currently two National Park Service Site in Iowa and two associated sites.

Map of National Parks in Iowa

Effigy Mounds National Monument protects more than 200 prehistoric Native American mounds.  The mounds are raised piles of earth.  They usually form a stylized animal, human, or other symbols.  In Effigy Mounds, these prehistoric earthworks are mostly shaped like birds and bears.  These mounds were built by the Woodland Culture about 1,000 years ago.  The Culture flourished between 1000 BC to AD 1000.

Visitors to Effigy Mounds National Monument can explore the North and South units of the park.  The park lies within Allamakee and Clayton counties. Most of the mounds require hiking out to them.   The famed Marching Bear Group is located in the South Unit and is a 4-mile hike.  The Great Bear Mound Group is a 3-mile hike in the North Unit.  Please respect this area and leave all artifacts and bones where you find them.

Herbert Hoover National Historic Site provides a look into the life of President Herbert Hoover, the 31st President of the United States from 1929 to 1933. Hoover lived in West Branch, Iowa for the first 11 years of his life.  After the death of his parents, Hoover left West Branch to live with relatives in Oregon.  The birthplace cottage was sold into private hands.  The site became a tourist attraction when Hoover was nominated for President.  Hoover’s family acquired the area and developed a park recreating Hoover’s childhood.

Visitors to the site have the opportunity to visit Herbert Hoovers Presidential Library and Museum, his childhood home, a blacksmith shop similar to the own owned by his father, and several other buildings. On a quiet hillside in the park, President Hoover is buried along with his wife.  The park also features a tallgrass prairie with several short hiking trails.

How to get to Lewis and Clark National Historic Trail: The sites are located in the 16 states the trail runs through.

Where to Stay in Lewis and Clark National Historic Trail: There are various places to stay along the trail.