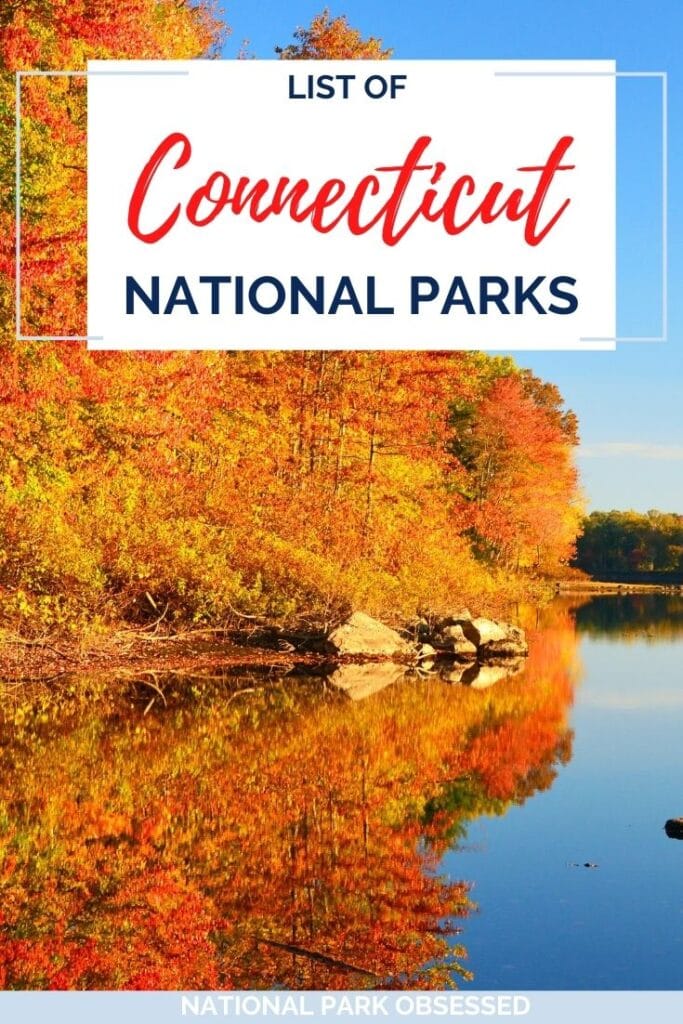 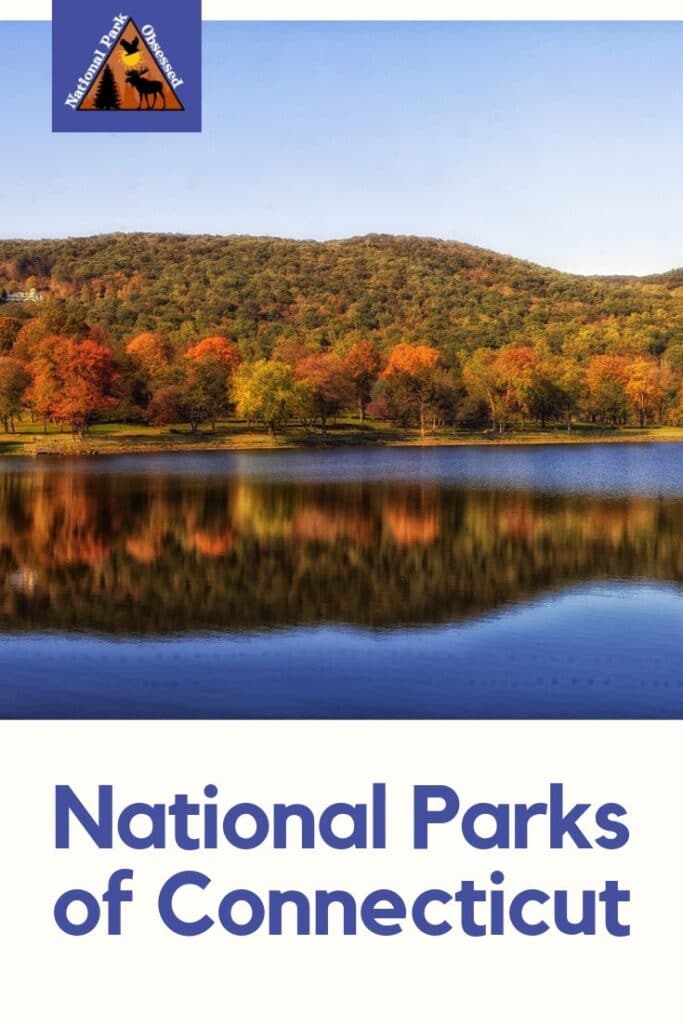 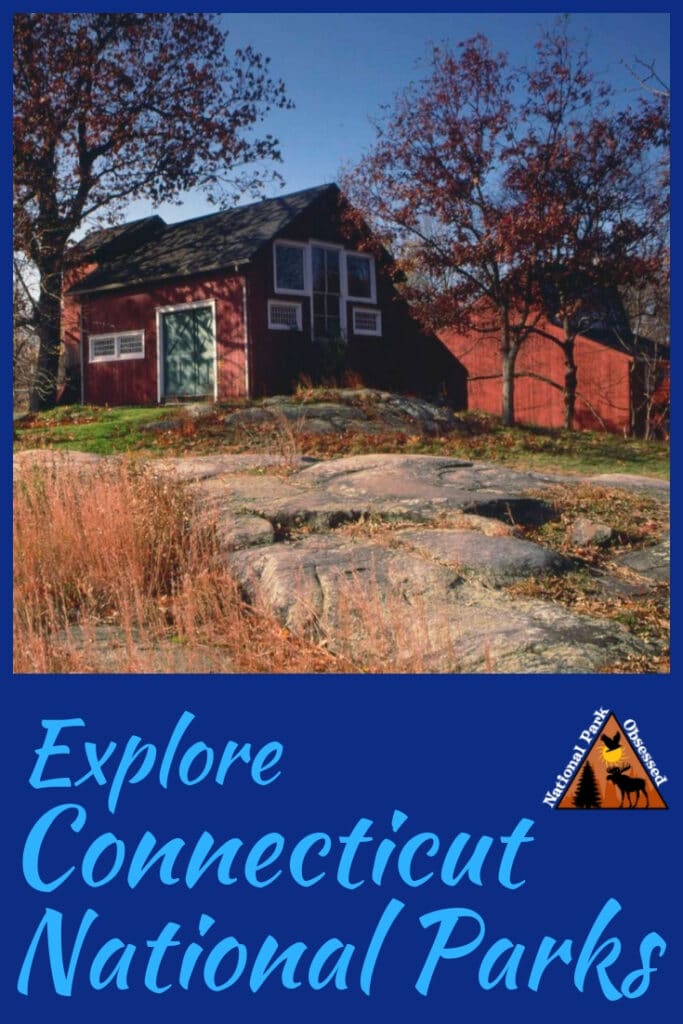 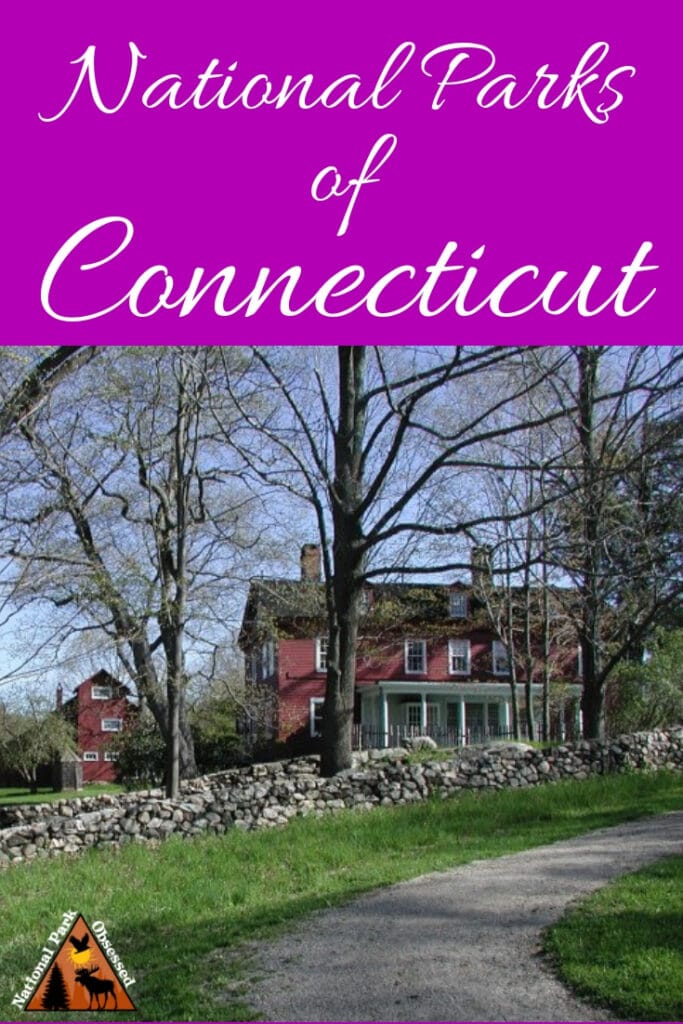 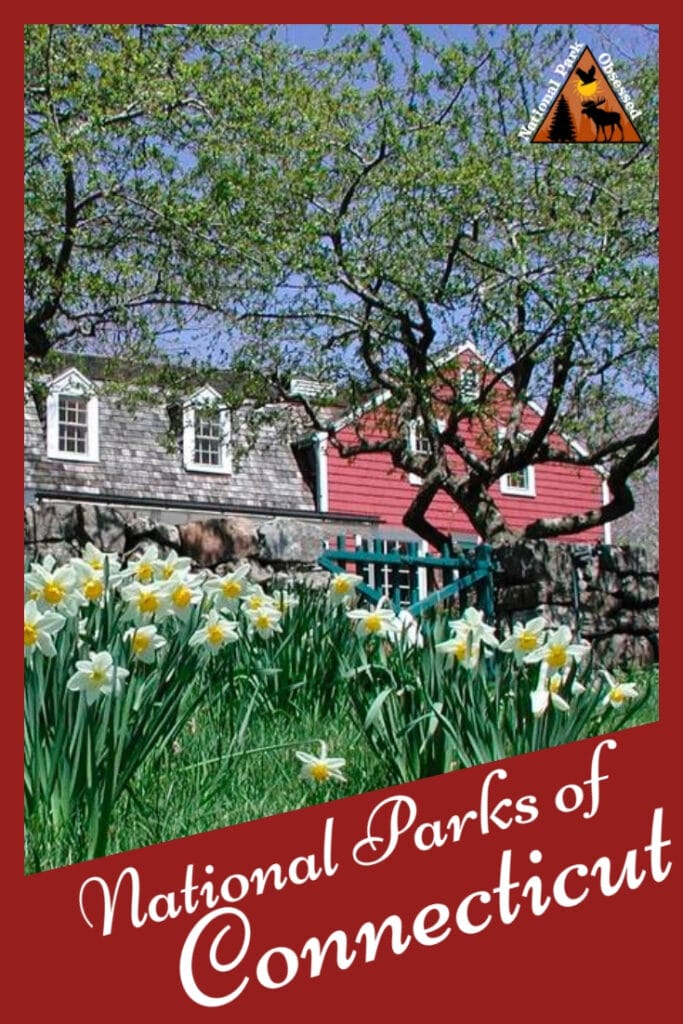 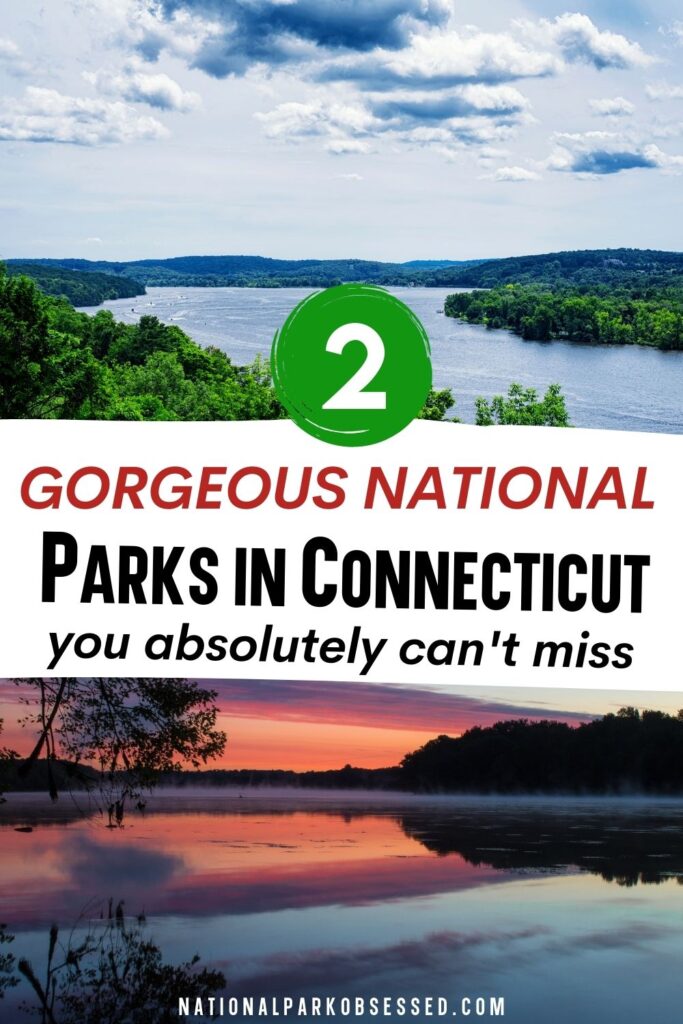 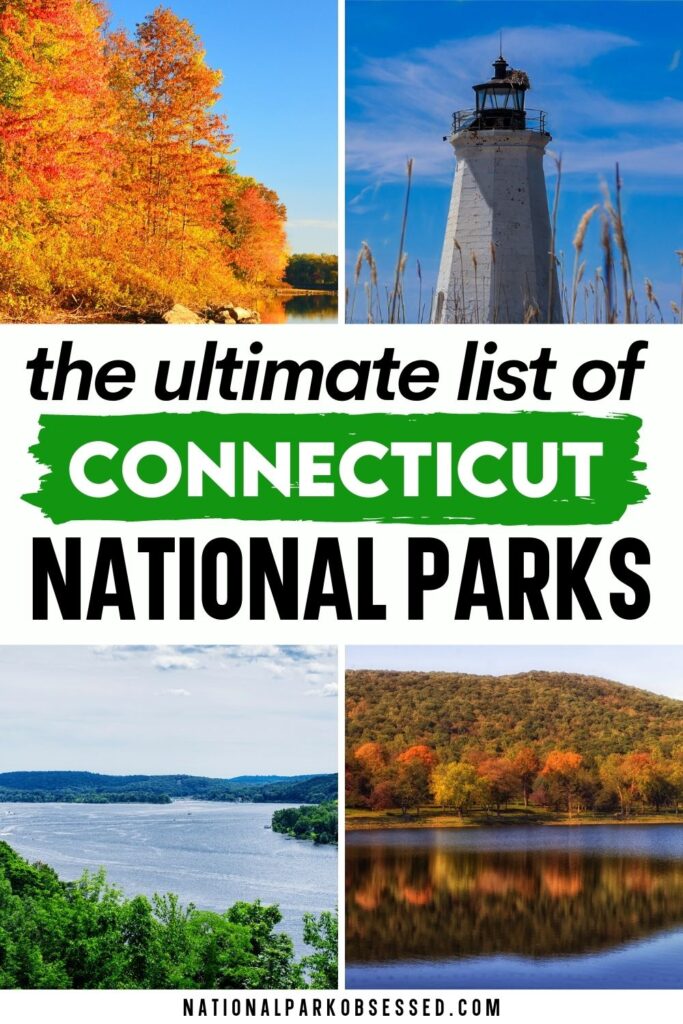 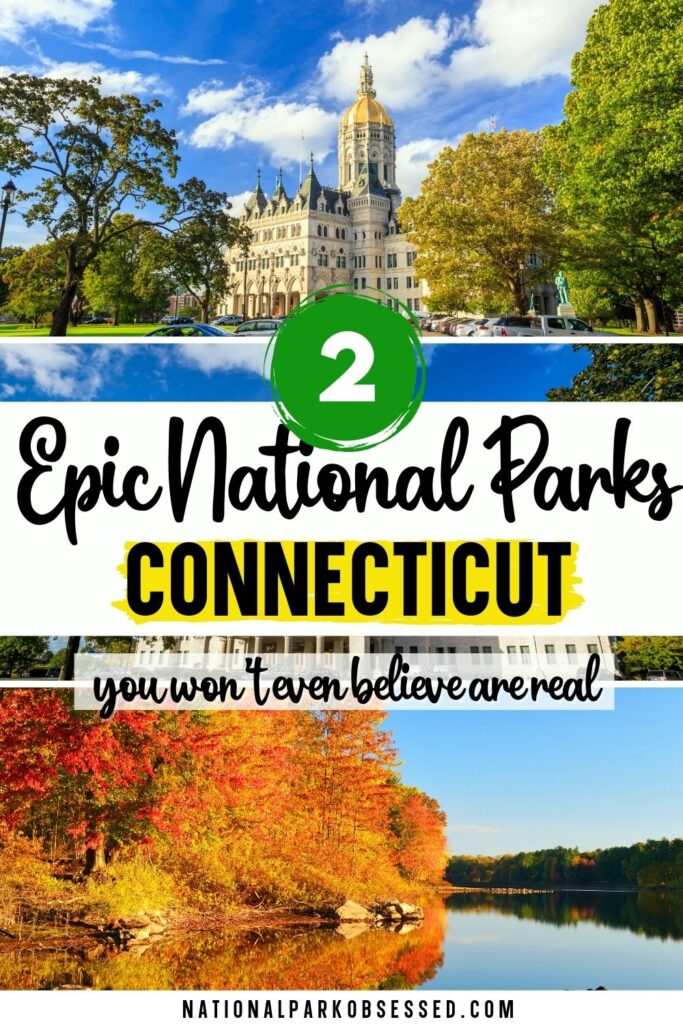 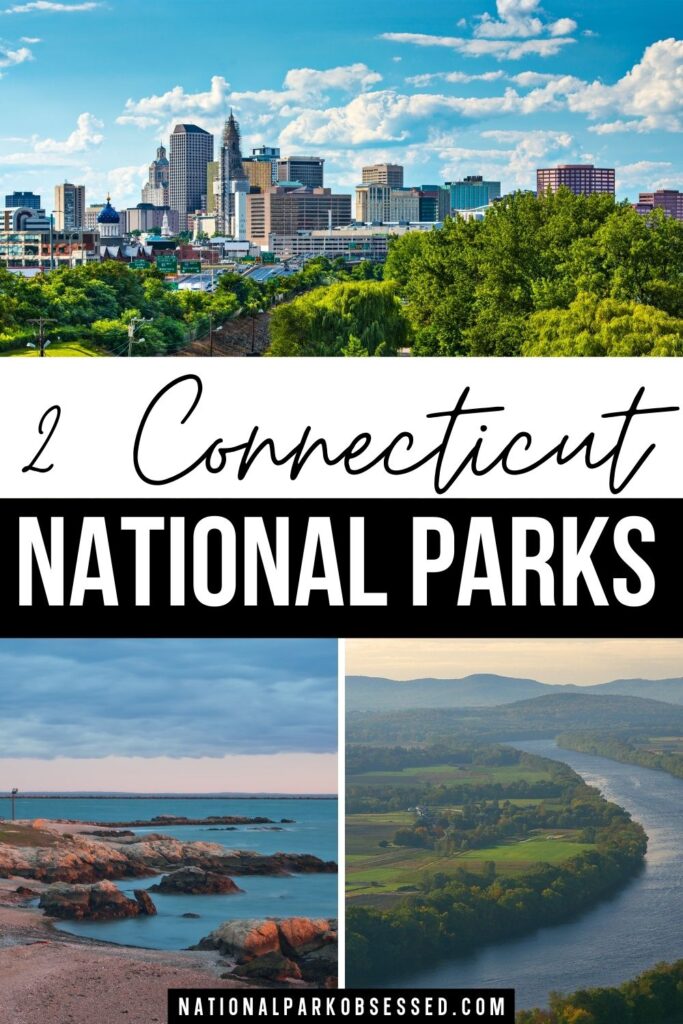 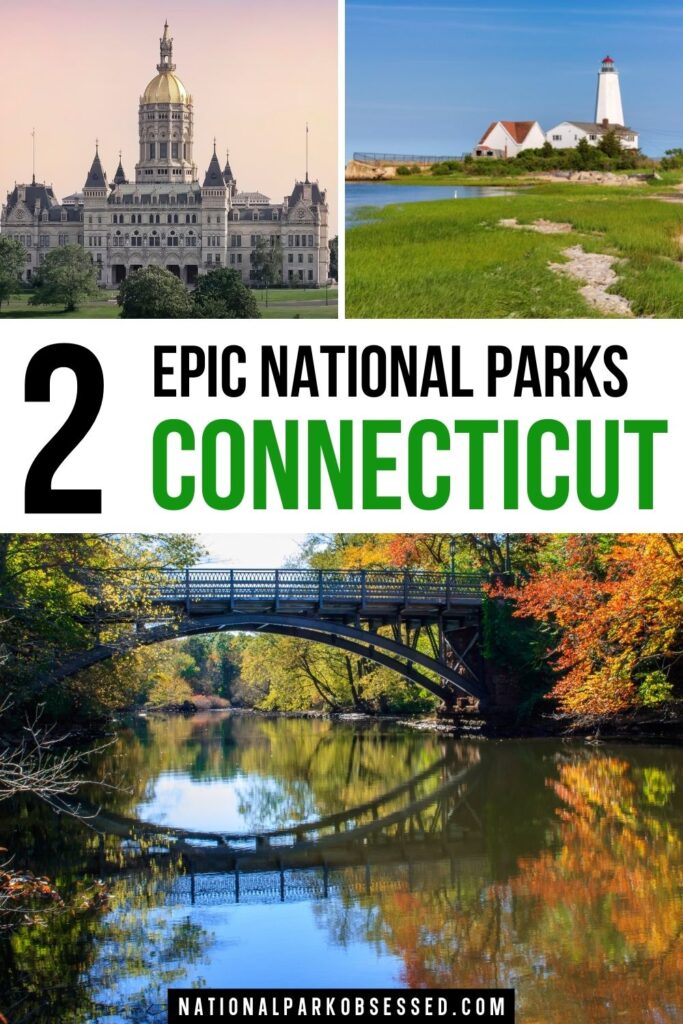 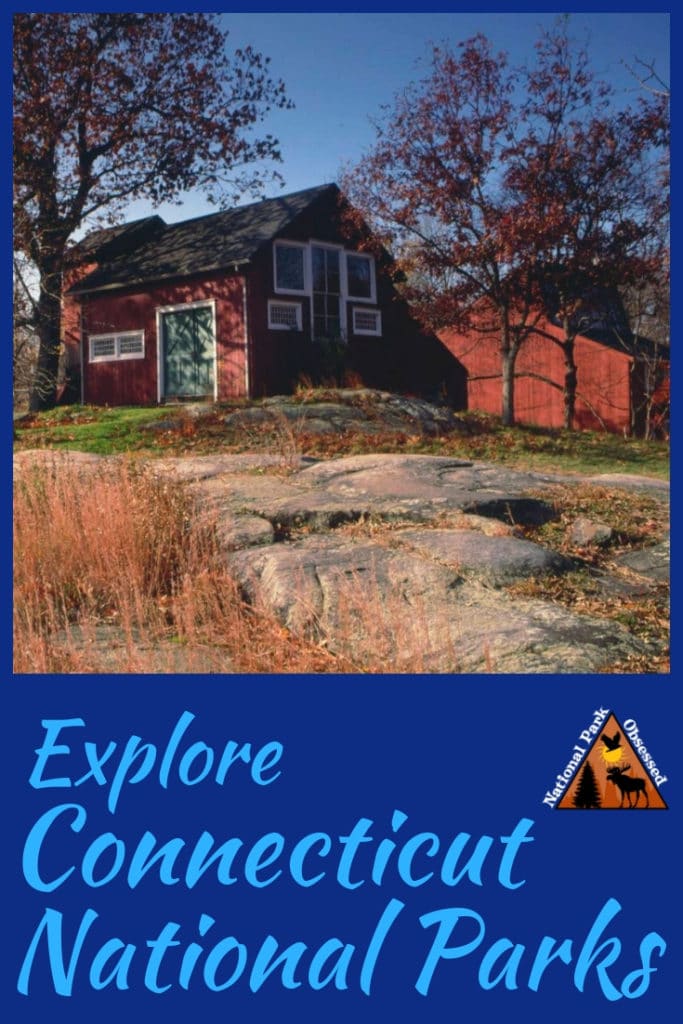 Connecticut is the southernmost state in New England. This small state is part of the tri-state area and is named for the Connecticut River. The word “Connecticut” comes from the Mohegan-Pequot word for “long tidal river.” The state is sometimes known as the Constitution State for its pivotal role in the development of the US Constitution. The state is one of the original Thirteen Colonies and has a strong maritime history.

Map of National Parks in Connecticut

Connecticut is part of the Northeast Region.

There are 51.6 miles of trail in the state of Connecticut.  This section of trail runs along the western ridges of Housatonic River Valley.  The trail will climb to the summit of the 2,326 ft high Bear Mountain before entering Massachusetts.

How to get there: There are multiple access points along the trail. Many of which are driveable.

Entrance Fee: There is no entrance fee for the Appalachian Trail but the trail passes through numerous state and national parks, forests, and public lands which may charge an entrance fee or have overnight permit fees.

Weir Farm National Historical Park is located in Wilton and Ridgefield, Connecticut.  The site was a rural retreat for Julian Alden Weir.  Weir was an American Impressionist in the late 1800s.  He purchased the farm for $10 and a painting.  Here Weir painted the surrounding landscapes and hosted a large selection of famed artists.  After Weir’s death, his daughter Dorothy and her sculptor husband Mahonri Young added an art studio.

In 1990, the 60 acres of the farm was acquired by the National Park Service and is one of two NPS sites dedicated to visual artists.  The other is Saint-Gaudens National Historical Park in New Hampshire.

The site maintains a summer artist-in-residence program where professional artists are invited to stay for a month and create art as Weir did.  The park runs a summer “Take Part in Art” Program where park guests are encouraged to create art while visiting.  You are welcome to bring your own supplies or borrow a set from the Visitor Center. Colored pencils, pastels, and paper are offered from Wednesday to Sunday, and watercolor paints are available on Saturdays and Sundays from May to October.

Where to Stay: There are plenty of lodging options in West Redding.

The New England National Scenic Trail is a 215-mile trail from Long Island Sound across the mountain ridges of Connecticut and Massachusetts.  Approximately 115 miles of the trail is located in Connecticut. The trail is made of parts of the Metacomet-Monadnock Trail, Mattabesett Trail, and the Metacomet Trail.  The New England trail is sometimes called the Triple M Trail. The trail starts at 0 ft in elevation and will reach its highest point at the summit of Mount Grace at 1,617 ft.

The New England National Scenic Trail is administered by the National Park Service and managed by the Connecticut Forest and Park Association and Appalachian Mountain Club.  The trail was officially designated in 2009.

Things to do: Hiking, Rock Climbing

How to get there: There are multiple access points along the trail. Many of which are easily accessible from the road system.

Where to Stay: There are designated campsites along the trail. There are plenty of hotels

Entrance Fee: Free but some overnight sites have a suggested donation.

On a drive from Washington DC, to Boston, Massachusetts, you will see lots of buildings and towns.  That is until you get into the northeast corner of Connecticut.  This area is known as The Last Green Valley National Heritage Corridor.  This 1,100 square mile area is 77% rolling New England upland intermixed with coastal forests.  Much of the area is split between farmland, state forests and a wildlife sanctuary.  The region has the darkest skies between Boston and DC making for decent star gazing.

The Last Green Valley National Heritage Corridor was created in the 1980s to help stem the over the development of the land.  Today the area includes sites such as the Edward Waldo House, Clara Barton Birthplace Museum, and the Connecticut Eastern Railroad Museum.

How to get there:

Washington-Rochambeau National Historic Trail is primary an auto trail.  While the route forces on the march to Yorktown, the trail passes thru or near many other important revolutionary war sites. Rhode Island sites include the Joy Homestead.

How to get there: There are major airports all along the route.

Where to Stay: The trail follows major highways and lodging is located along the route.

Entrance Fee: Free, but some of the federal, state, and privately managed buildings along the trail may have an entrance fee.

There are 8 National Parks in Connecticut and they received 25,430 visitors in 2020 and generated over 2 million in tourism economic benefits.

Connecticut is home to 139 State Parks.

How many national parks are in Connecticut?

At some point in the near future, Connecticut will be getting a third national park – Coltsville National Historical Park. This unit was authorized on December 19, 2014, and is in the process of land acquisition.

What are the 2 national parks in Connecticut?

Final Thoughts on the National Parks of Connecticut