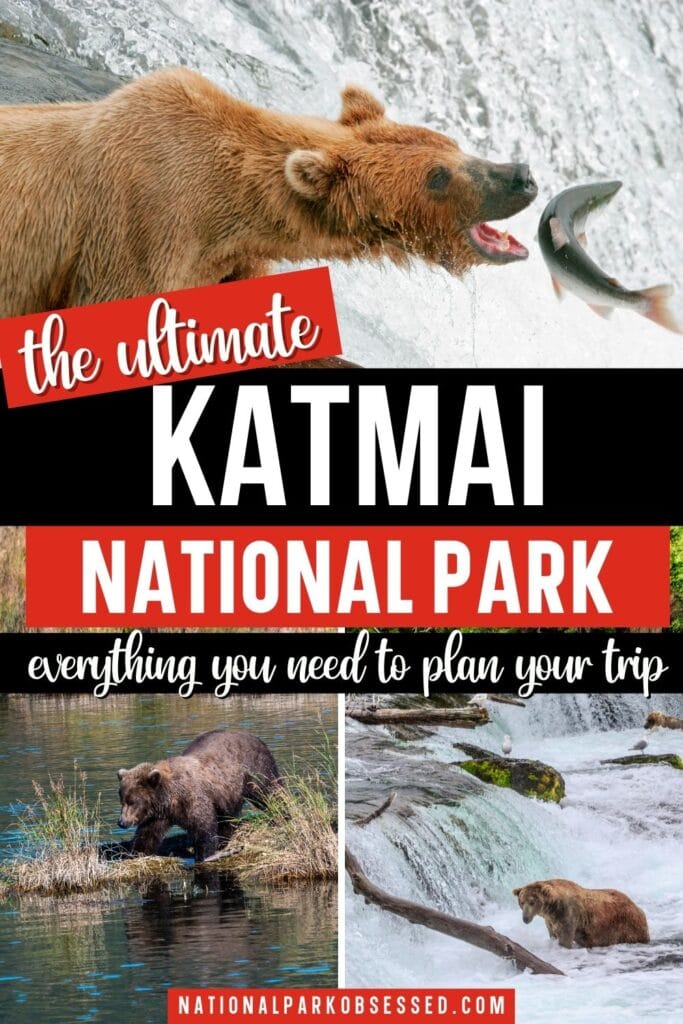 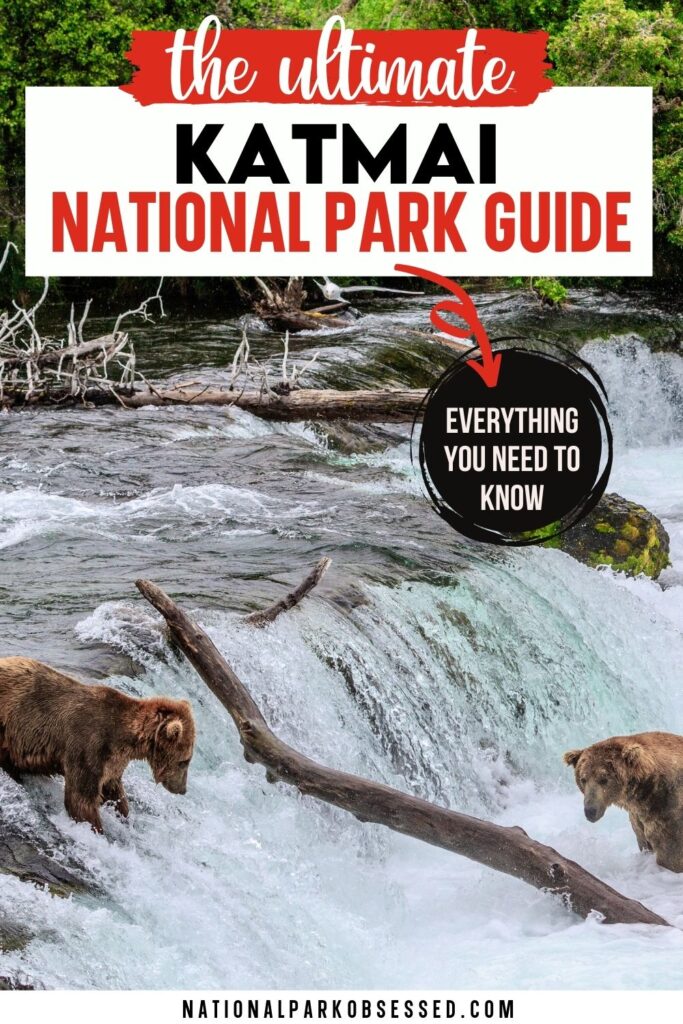 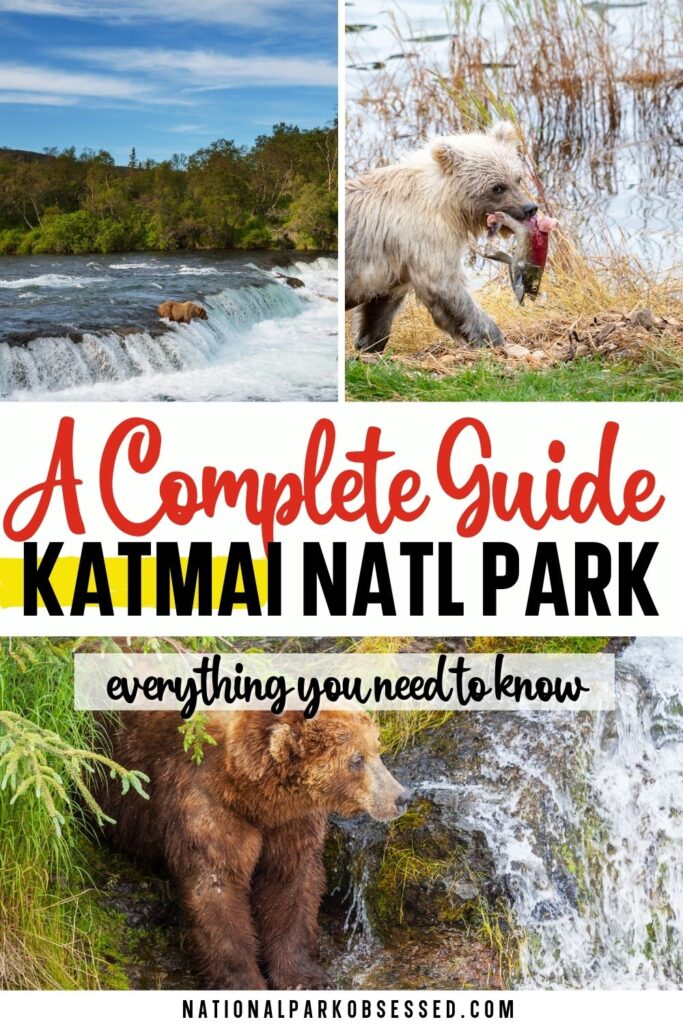 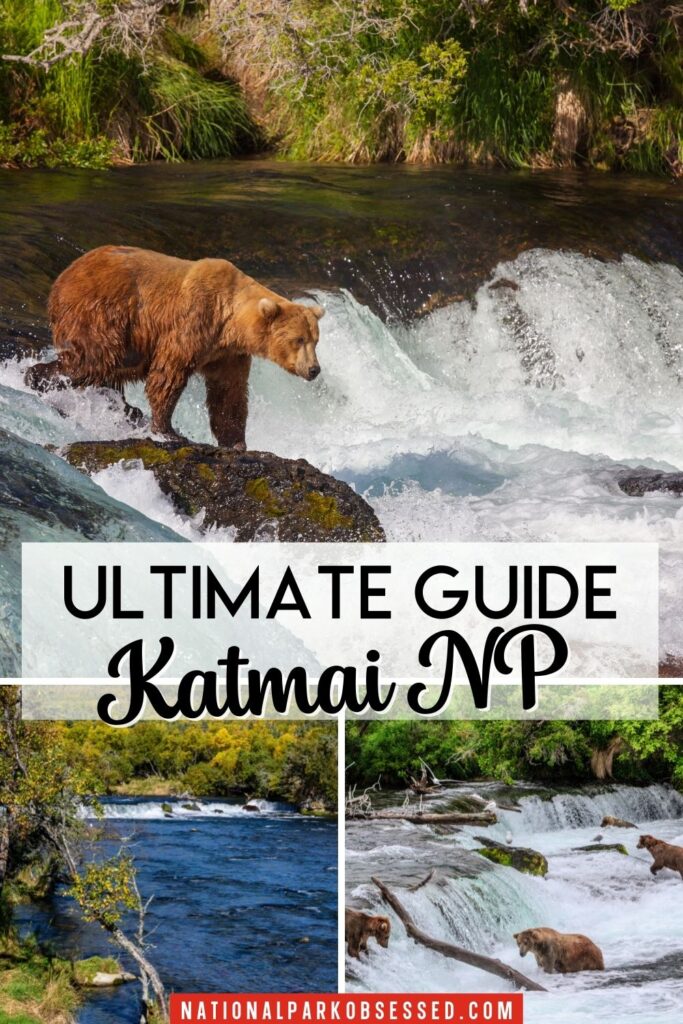 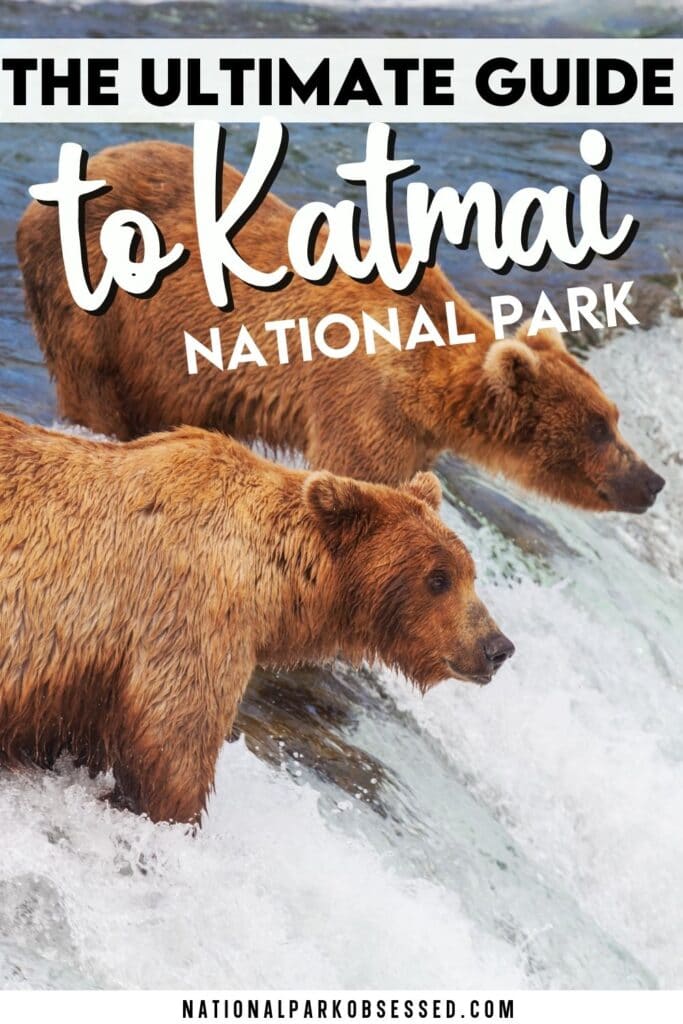 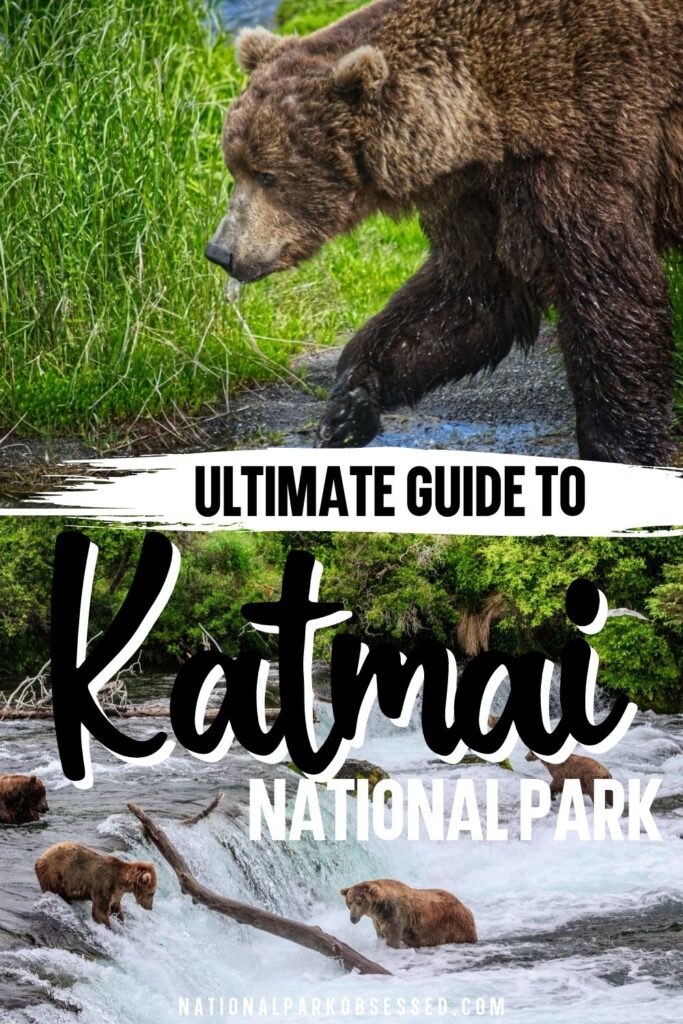 Have you ever seen a photograph of a brown bear standing at the top of a waterfall with a fish jumping into the bear’s mouth? Odds are that this photo was taken at Brooks Falls in Katmai National Park. Today, Katmai is world-renowned for its Alaskan Brown Bear viewing but the bears had little to do with this region gaining National Park status. Katmai National Park was created due to the extraordinary volcanic eruption known as Novarupta which occurred on June 6th of 1912. This event was one of the largest eruptions in recorded history and it left behind a crater six miles long and two miles wide. Novarupta’s total volume was five times greater than Mount Saint Helens’ 1980 eruption!

The Quick Guide to Visiting Katmai National Park and Preserve

How much does Katmai National Park and Preserve Cost?

Katmai National Park and Preserve does not charge an entrance fee.

When is Katmai National Park and Preserve Open?

Are dogs allowed in Katmai National Park and Preserve?

Yes, pets are allowed in Katmai National Park, but they are not allowed in Brooks Camp (this includes service animals). Please note that this park has an incredibly high concentration of Alaska Brown Bears. You are responsible for your pet’s safety and the park bears may see your pet as a threat or food.

Where are Katmai National Park and Preserve’s visitor centers?

When was Katmai National Park Created?

On June 6, 1912, Novarupta volcanoes erupted. The eruption was heard almost 750 miles away in Juneau. In 1915, the first of 5 National Geographic Society expeditions arrived in the area to explore and survey. The following year, the expedition discovers a valley filled with fissures and fumaroles from that great eruption. They named this Valley of Ten Thousand Smokes. These early explorers pushed to have this Valley and surrounding mountains protected. While they pushed to have the area declared a National Park but the legislation wasn’t likely to pass. After a bit of negotiation, President Woodrow Wilson created Katmai National Monument on September 24, 1918. The initial monument only included Mount Katmai, the valley, and the most of Iliuk Arm of Naknek Lake. No park rangers were assigned to the park at this time.

Katmai National Monument was expanded in 1931 and was the largest NPS unit at the time. This expansion included what would become Brooks Falls. Even as the park was expanded, Katmai still didn’t have any park rangers. It was 1937 before the first Park Ranger would visit. It took the ranger a month to get to Katmai from Denali National Park. He spent exactly one day in the monument. By the late 1930’s, poaching was becoming a problem and in the 1950s, efforts were made to establish visitor services.

Katmai was expanded several more times before in being elevated to Katmai National Park and Preserve on December 2, 1980 as part of the Alaska National Interest Lands Conservation Act (ANILCA)

The purpose of Katmai National Park and Preserve is to protect, study, and interpret active volcanism surrounding the Valley of Ten Thousand Smokes, extensive coastal resources, habitats supporting a high concentration of salmon and brown bears, and an ongoing story of humans integrated with a dynamic subarctic ecosystem.

If you are trying to visit all the National Parks and are a purest about standing within the boundaries of each unit, you will need to visit both the Katmai National Park and Katmai National Preserve section. Personally, I’m could care less if you want to count a single visit to Brooks Falls as a visit to both units. You do you.

When to Visit Katmai National Park

While Katmai National Park is open year-round, 99% of visitors and all in-park visitor services are only open from May to September.

Katmai National Park is located at the crossroads of the Pacific Ocean and the Bering Sea divided by Aleutian Range. The Aleutian Range acts as a barrier between the warmer and wetter Pacific Ocean region and the cooler temperatures of the Bearing Sea. For this reason, the interior of the park’s weather is similar to King Salmon, AK and the coastal regions are similar to Kodiak Island.

No matter what, one should dress in layers and be ready for a range of conditions in Katmai National Park.

How to Get to Katmai National Park and Preserve

Katmai National Park and Preserve is one of a handful of National Parks you can’t drive directly to. There are no roads connecting the park to the Alaskan mainland road system which connects into Canada and the lower 48. Realistically, you either have to fly or take a boat to get to Katmai National Park. There isn’t a way around this.

Flying is the easiest and most popular way to get to Katmai National Park. If you are planning to day trip to Katmai, you can arrange flights from Anchorage, King Salmon, Homer, Port Alsworth, and other small towns in the area. Most of these flights will take you to Brooks Camp but you can make arrangements to fly into other sections of the park.

If you are looking to spend a couple of days in Brooks Camp. Your best option is to fly from Anchorage to King Salmon and from King Salmon to Brooks Camp. If you want to make things simple book everything through Katmai Air. If you are looking to save a little money it is usually cheaper to book a seat on Alaskan Airlines or Ravn Airlines regularly scheduled air service to King Salmon. These flights run about $450 if booked a couple of months in advance and I recommend using Alaska if you can. From there book a Katmai Air flight into Brooks Camp.

If you are looking to visit a different part of the park, you can reach out to any authorized flight service to make your flight arrangements.

PLEASE NOTE: If planning on using the water taxi GET TRAVEL INSURANCE. I always recommend travel insurance but this is the ONLY tour company I have ever known in Alaska that doesn’t do weather cancellation refunds for when you get weathered out and can’t reschedule. Which I find to be a shitty businesses practice.

In June 2021, I meet several people who were booked with them and had a negative experience both in the 2020 COVID Pandemic cancellations and 2021. Our flight from Anchorage to King Salmon was delayed and they missed their scheduled water taxi. Due to weather, the water taxis were canceled for the day we arrived and the following day. Assuming the weather improved, they would be left with a day trip to Brooks instead of two nights. Katmai Air worked with them to fly them out but Katmai Water Taxi basically told them to pound sand.

Personally, I use World Nomad Travel Insurance for all my trips. It covers high adventure activities like hiking and backpacking plus trip interruption and most of my gear.

IMPORTANT: Do NOT stamp your government issued passport.

There are 14 official stamps in Acadia along with a handful of bonus stamps in the park.

Brooks Camp Visitor Center is located inside the park at Brooks Camp. It is open from June 1 to September 17. Stamps located here:

Three Forks Visitor Contact Station is located in the Valley of Ten Thousand Smokes. It is open from June 7 to September 17 when the tour bus is operating. Stamps located here:

Katmai National Park and Preserve is not connected to the road system and is only accessible via boat or plane. This park is often visited in connection with the other National Parks of Alaska.