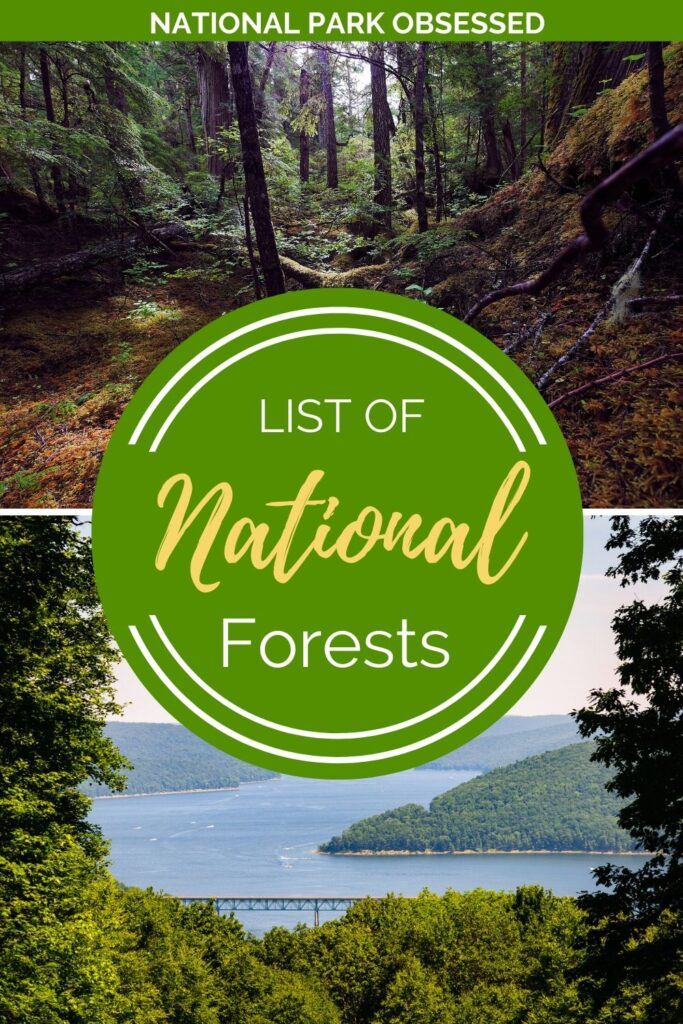 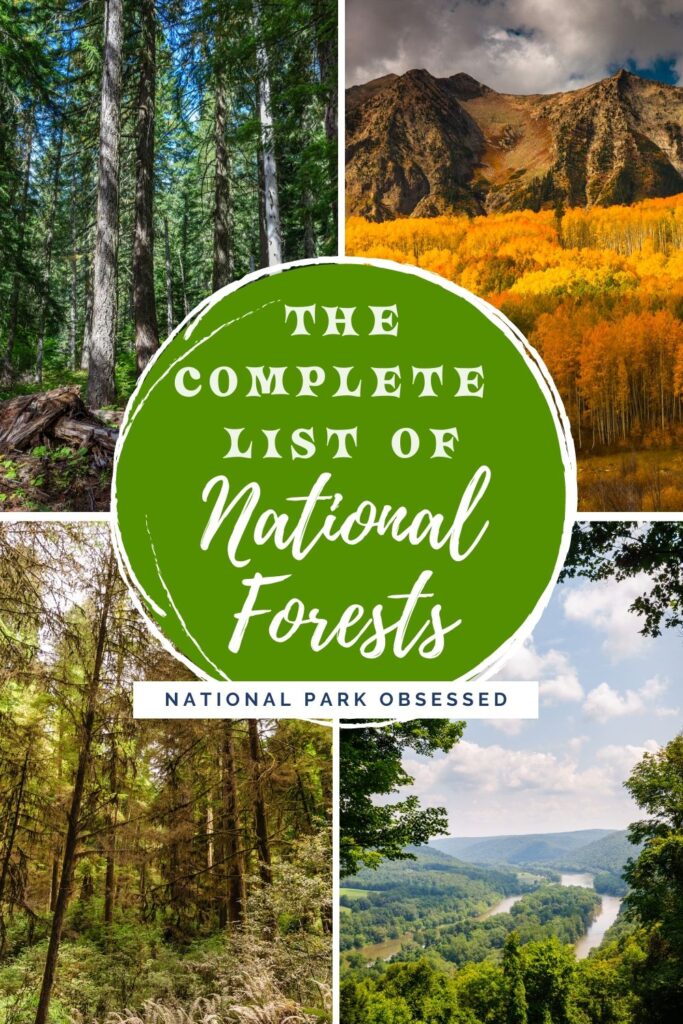 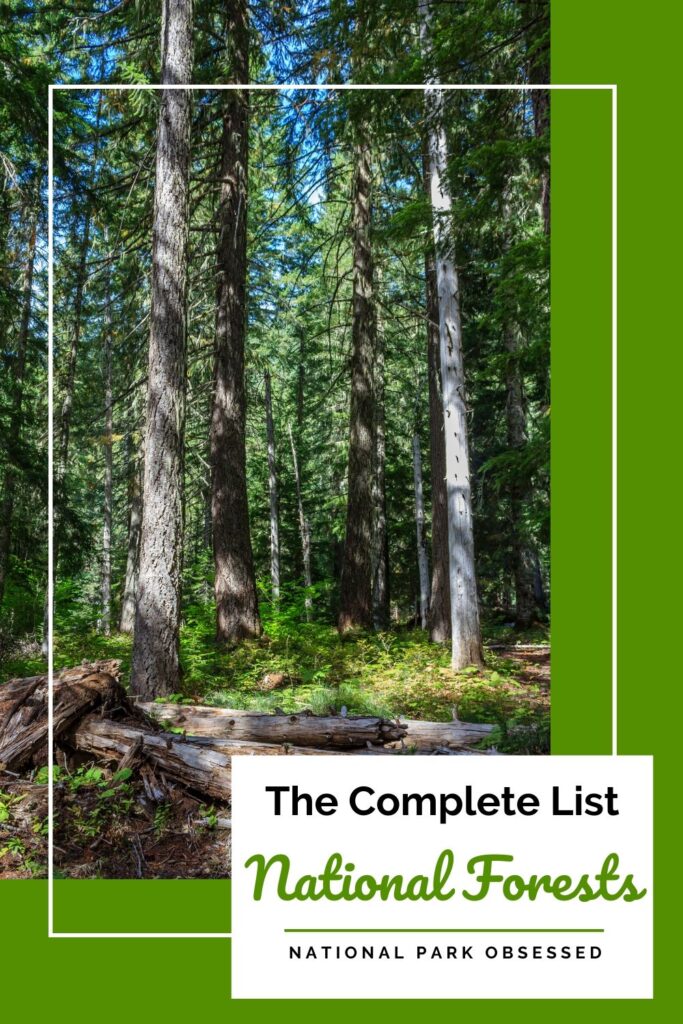 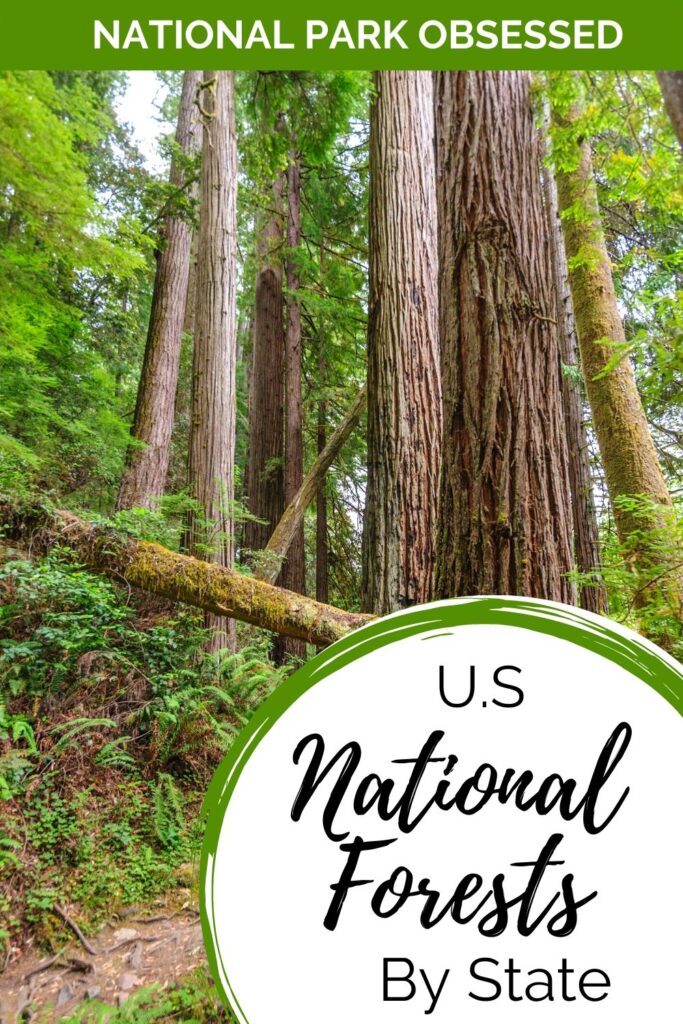 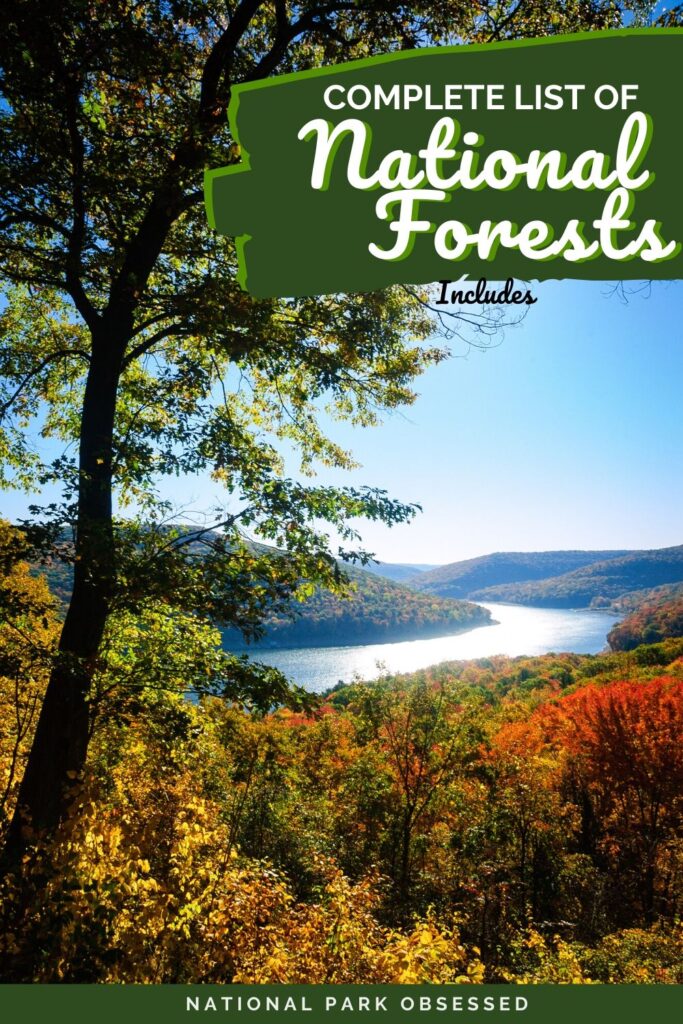 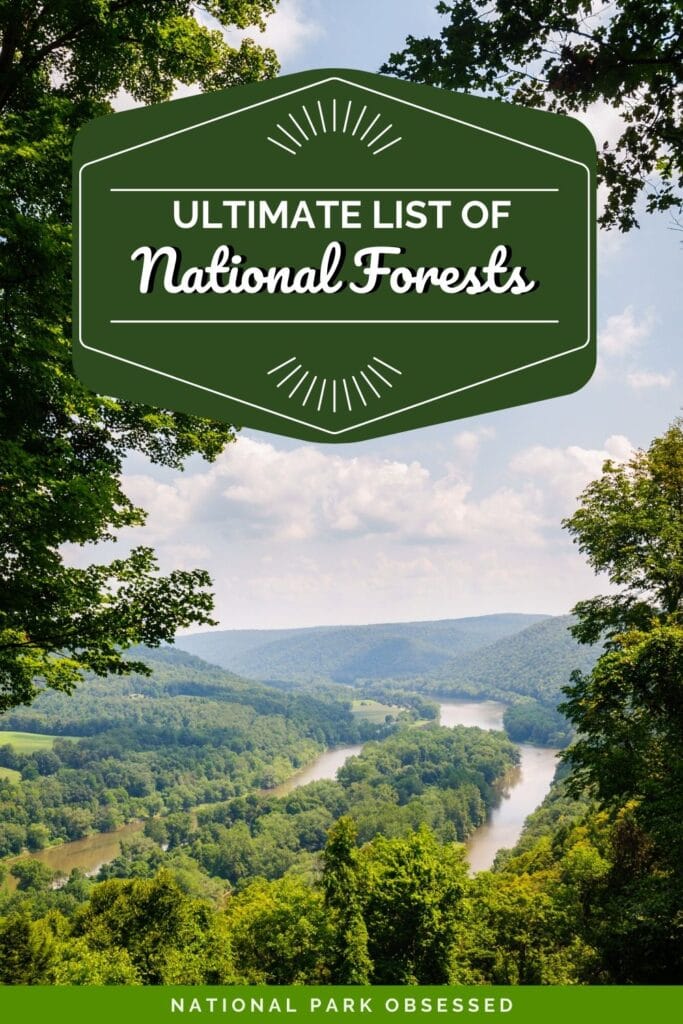 The United States is well known for its epic set of National Parks but the National Parks only make up a small fraction of the publicly owned land in the United States. The Federally owned land is split between several federal agencies based on that what and how the land is to be preserved and protected. One of these agencies is the U.S. Forest Service under the U.S. Department of Agriculture. The Foresty Service’s primary job is to manage our National Forest for the present and future use. Here is a complete list of US National Forests.

How many National Forests are there in United States?

What is the difference between a National Park and National Forest?

The National Forest Service’s mission is to sustain the health, diversity, and productivity of the Nation’s forests and grasslands to meet the needs of present and future generations. This is taken directly from USFS’s website.

A quick read of both these mission statement shows that they have the same mission. On the surface, they do have the same core mission. Both agencies are there to protect the land, but the key difference. The Forest Service’s mission includes the words “meet the needs.” This statement is key to understanding the difference between a National Park and a National Forest.

The National Forest Service is protecting and managing the land for public use. This land has been set aside to be used by the citizens of the United States in a responsible manner. I think Gifford Pinchot, first Chief of the Forest Service said it best when he said National Forest land is managed, “to provide the greatest amount of good for the greatest amount of people in the long run.”

This is why logging, grazing, mining, and drilling are allowed on National Forest land. This is also why recreation opportunities in the forests are more plentiful and less regulated than in the National Parks. Dogs are much more welcome on trails and allowed off-leash in places. This is why there are ATV roads in many forests. This is why dispersal camping is allowed in the forest.

You may have noticed that many National Parks share a boundary with one or more National Forests. This isn’t by accident. Many of the forests were established near the National Parks as a way to help keep the region’s ecosystem as intact as possible while providing a balance between preservation and public use.

Map of All National Forests by State

Here is the list of US national forests by state in alphabetical order for quick reference.