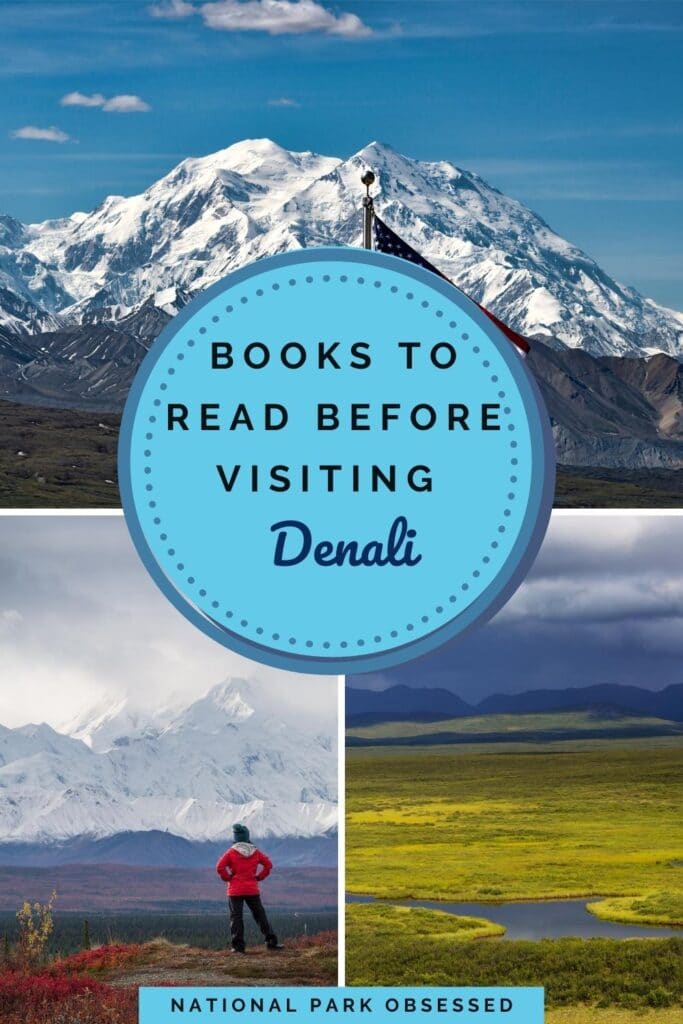 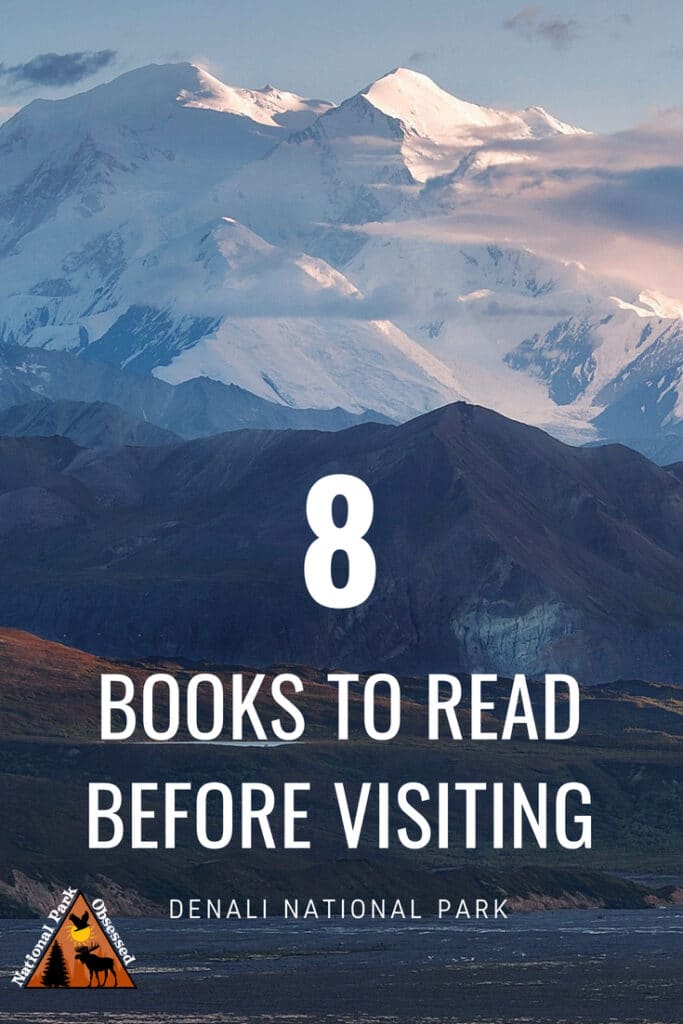 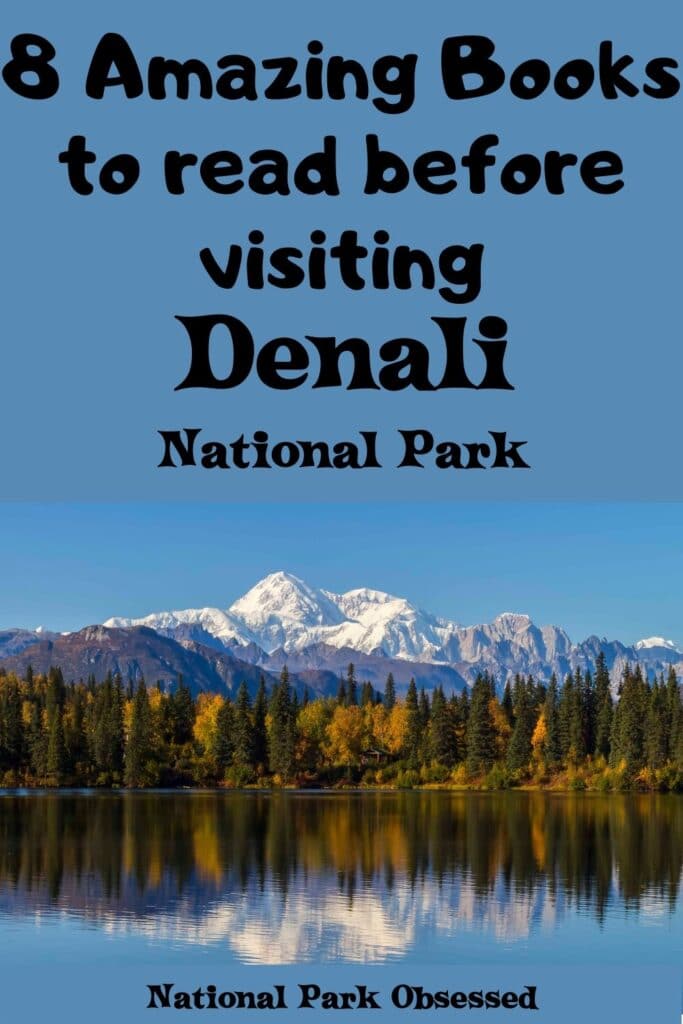 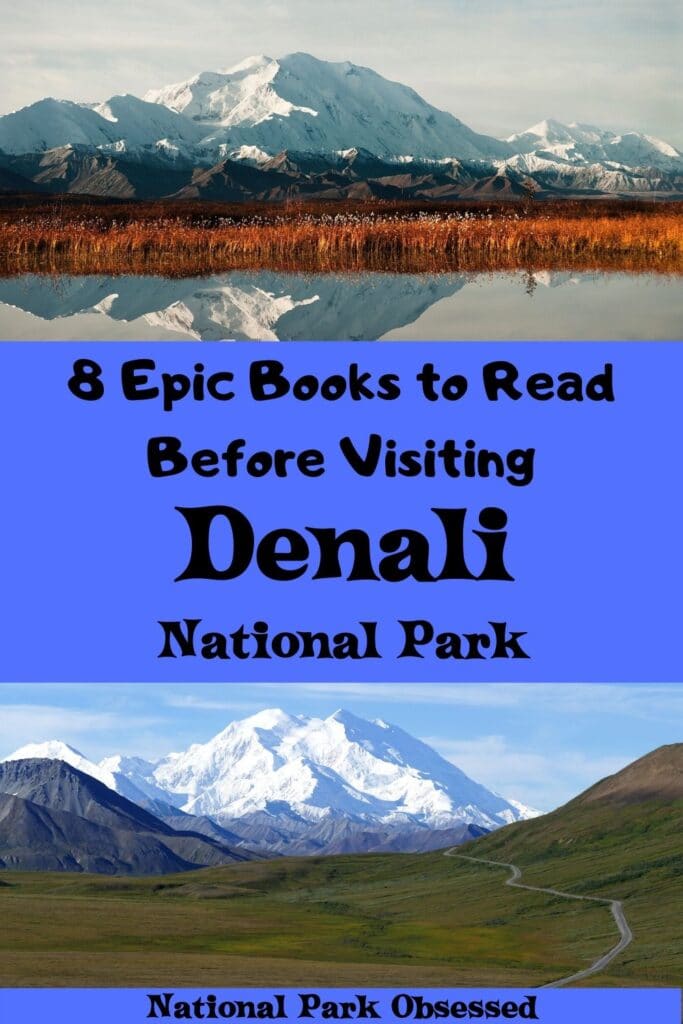 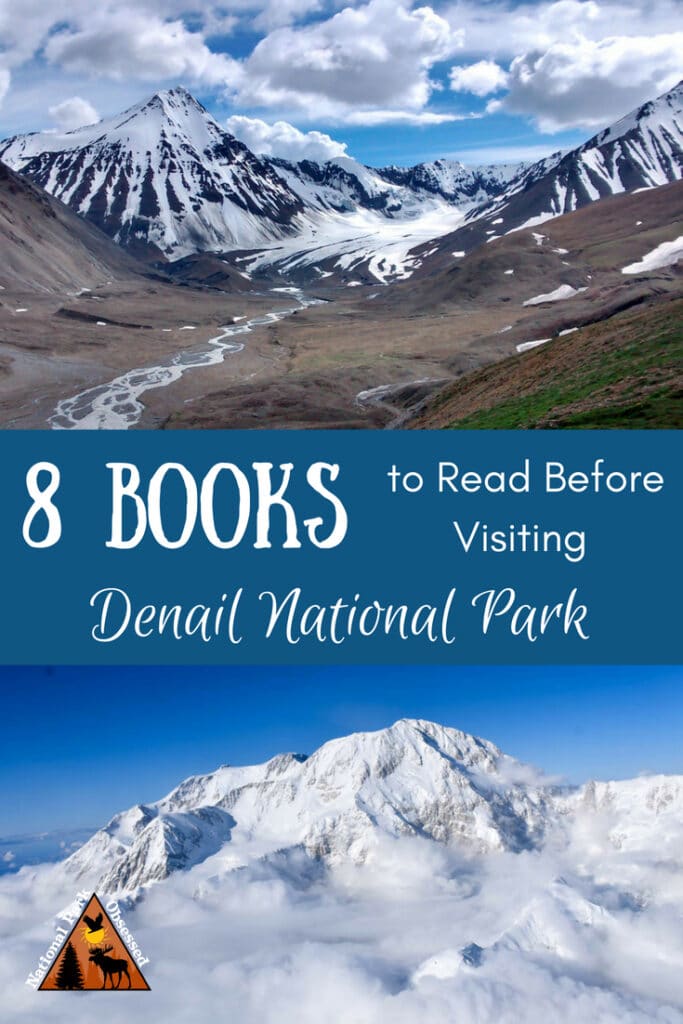 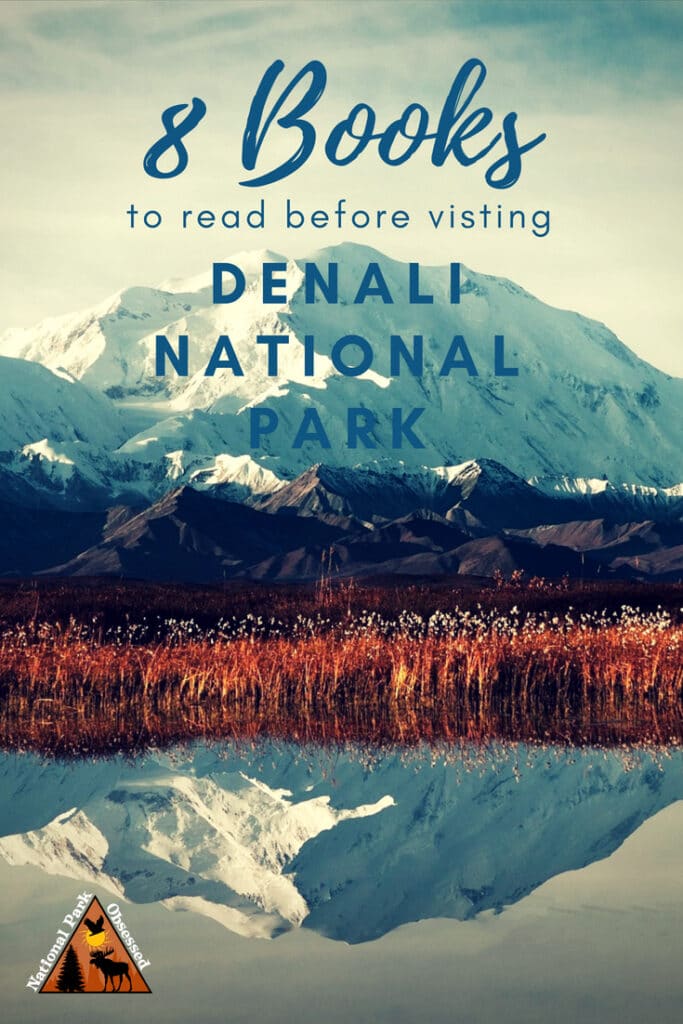 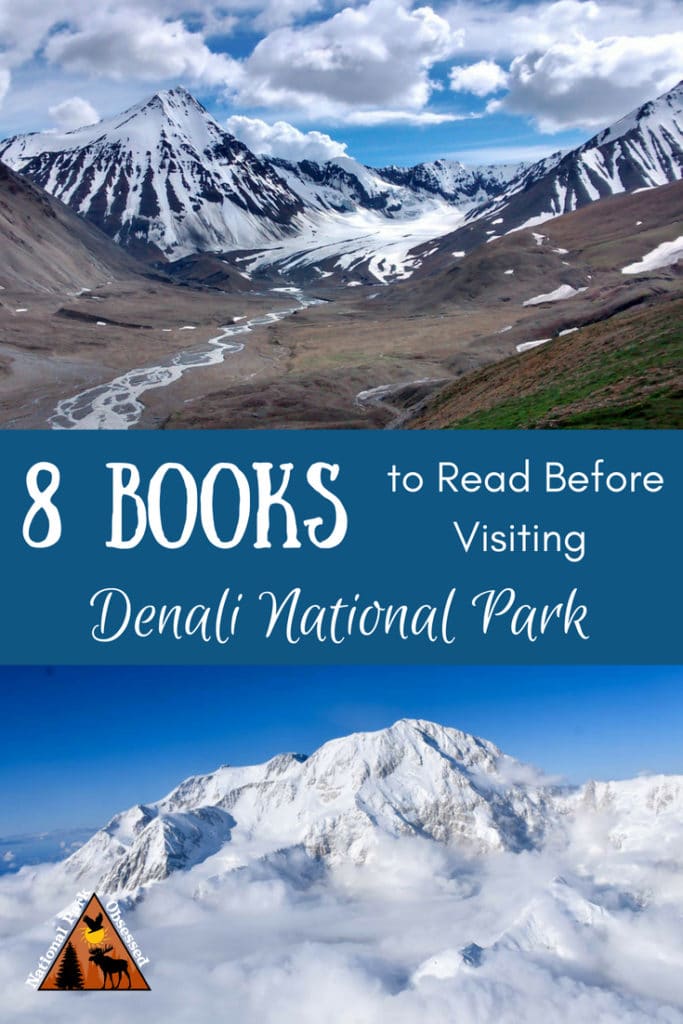 Denali stands proudly over Alaska.  She is the highest peak in North America as well as one of the United States largest national parks.  Denali National Park and Preserve is one of the most popular parks in Alaska and one of the few accessible via a road.  The park takes up 6 million acres of land and has been inspiring generations of people.  Here are 8 books to read before visiting Denali National Park and Preserve.

Check out 10 things to know before visiting Denali National Park 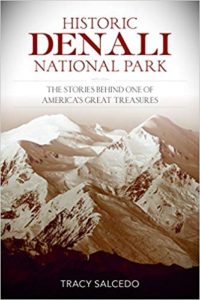 Historic Denali National Park and Preserve: The Stories Behind One of America’s Great Treasures shares the stories behind of America’s greatest parks.  The park has a long history that dates back to well before it was a national park.  Salcedo shares the history of the early Alaskan natives thru modern history.  Historic Denali is a deep look into the history of the park. 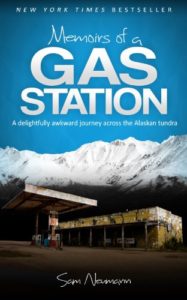 Memoirs of a Gas Station

Sam Neumann came to Denali National Park for seasonal work and to explore for the summer. The job wasn’t quite what he expected.  He ended up as a gas station attendant just outside the national park.  The job might not have lived up to expectations, but Neumann made the best of it and took every chance he could to head into Denali to hike.  He got his summer of adventure and a whole lot more such as being seduced by a Morman divorcee.   Memoirs of a Gas Station: A Delightfully Awkward Journey Across the Alaskan Tundra is Neumann’s story from that epic summer. 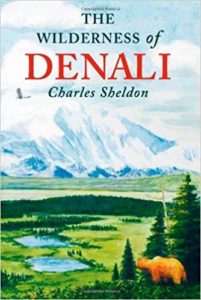 The Wilderness of Denali

The Wilderness of Denali is written by Charles Sheldon.  Sheldon is known as the “Father of Denali National Park.”  Sheldon recorded his thought by campfires as he spent 3 years hunting and exploring the land that would become Denali National Park.  Sheldon recognized that the Dall Sheep was being over hunted and started fighting to protect them by creating a national park.   Sheldon succeeded and today the Dall Sheep roam the park. 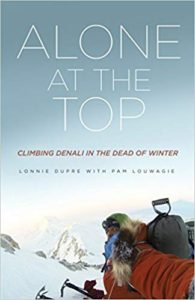 Alone at the Top

Lonnie Dupre made a career out of exploring the Arctic regions of the world.  After his marriage ended, Dupre challenged himself to climb Denali during December.  On his fourth attempt to summit, a winter storm rolled it.  Dupre was trapped at 11,200 feet with limited food and water.  For five days, Dupre faced a life or death situation.  Alone at the Top: Climbing Denali in the Dead of Winter is Durpre’s amazing story of life and death decision on “the Great One.” 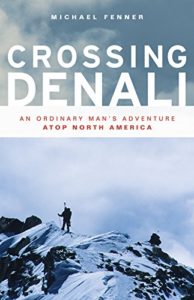 Climbing to the summit of Denali is not for the faint of heart.  The climb takes about 3 weeks and involves climbing over 14,000 feet of elevation.  One must carry all one’s gear up the mountain.  Mike Fenner isn’t your typical mountaineer.  He was an overweight chain-smoker who transformed himself into a marathon runner and mountain climber.  Crossing Denali: An Ordinary Man’s Adventure Atop North America is Fenner’s story.  He shares how he and five other climbers summited the mountain via the common West Buttress route and then headed down the treacherous Karsten Ridge. 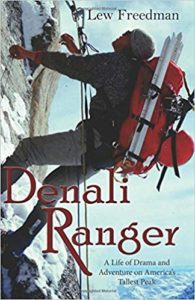 Lew Freedman shares the story of Roger Robinson in Denali Ranger: A Life of Drama and Adventure on America’s Tallest Peak.  Robinson made a career of Denali mountaineering.  He had seen it all from dangerous rescues to summiting the mountain to meeting the best climbers in the world.  For forty years, Robinson made a life on the mountain.  This is his story of adventure and experiences as well as studying the highest mountain in North American. 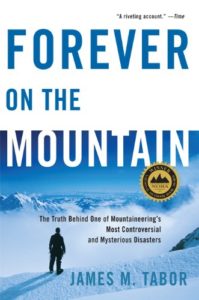 Forever on the Mountain

For 12 young men during the summer of 1967, they decided to climb Denali.  All the young men were between 21 and 31.  Their climb was one of adventure, arguments, and exuberance.  Lead by 24-year-old Joe Wilcox, these young men got caught in one of the worst arctic storms on record.  Trapped on the mountain for 10 days with no hope of rescue.  Only 5 of the men would return from the climb.  Forever on the Mountain: The Truth Behind One of Mountaineering’s Most Controversial and Mysterious Disasters is a deep look into the disaster. 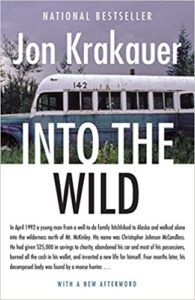 No list of books about Denali is complete without Jon Krakauer’s Into the Wild.  Into the Wild is the story of Christopher Johnson McCandless.  McCandless gave up everything to wander around the United States.  He hitchhiked his way to Alaska where he set off up the legendary Stampede Trail near the northern boundary of Denali National Park.  He planned to live off the land.  Alas, he was ill-equipped and ill-prepared for heading into the Alaskan backcountry.  In the end, McCandless’s body was found in a Fairbanks City Transit System Bus 142.  The book follows this young man’s path into the Alaskan wilderness.

What books about Denali, did we miss in our 9 Books to Read Before Visiting Denali National Park and Preserve? 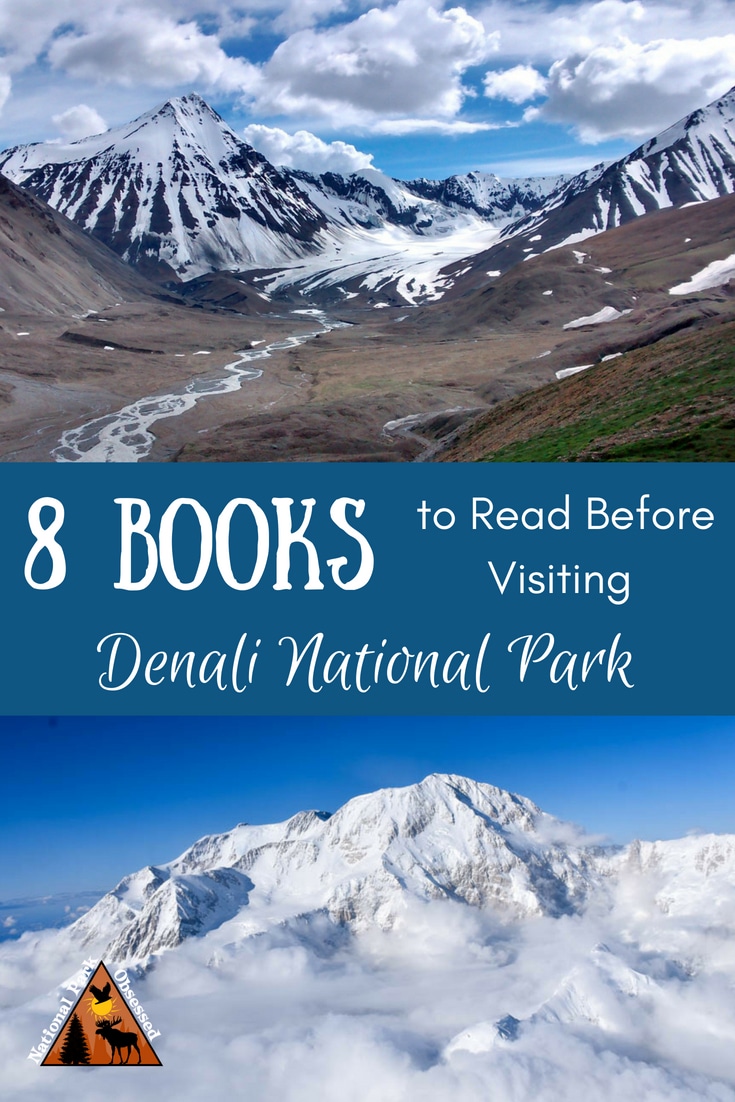