The park is headquartered in Spalding, Idaho.  It was created on May 15, 1965.  Management of the 38 sites is split between NPS and several other federal and state agencies.

There are two sites in Montana.  These are Bear Paw Battlefield and Cayon Creek.  Big Hole National Battlefield is counted as a separate unit but is also part of Nez Perce National Historical Park.

The Ice Age Floods National Geologic Trail will massive auto/hiking trail that follows the geological effects of the last ice age.  The trail branches out and sections run thru the states of Washington, Oregon, Idaho, and Montana. The trail was designated in 2009 and much of the trail is still being formally developed.

At the end of the last ice age, a sheet of ice blocked several important rivers such as Clark Fork and the Columbia.  These ice dams caused the water to back-up and created massive flooding. The effect of this flooding can be seen in massive canyons such as Columbia River Gorge and Wallula Gap. 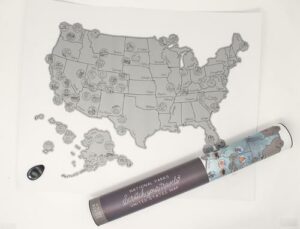