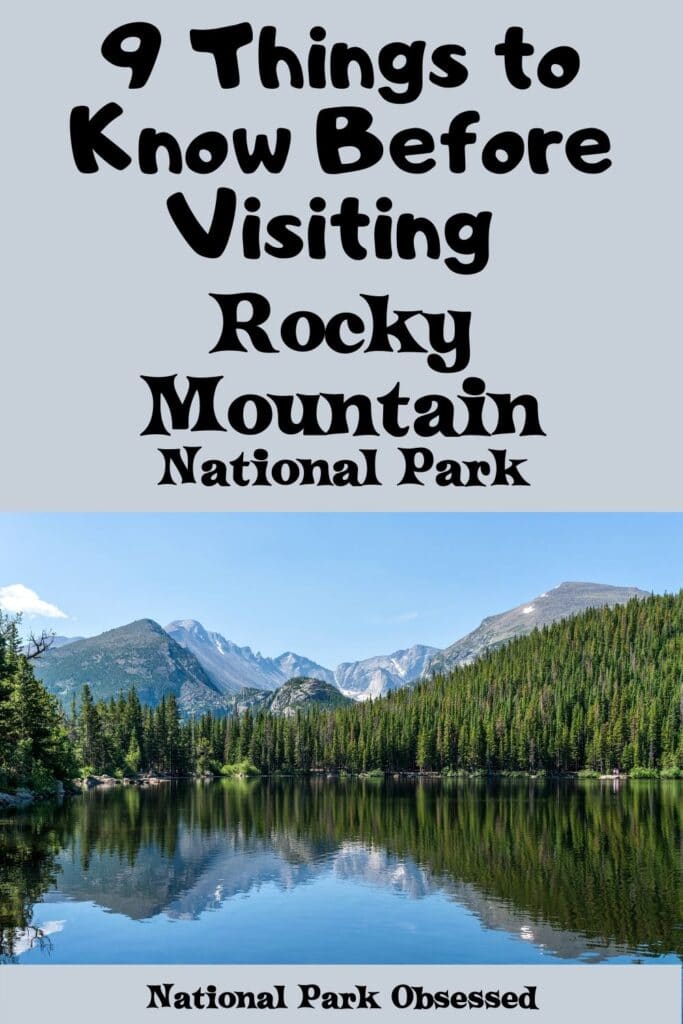 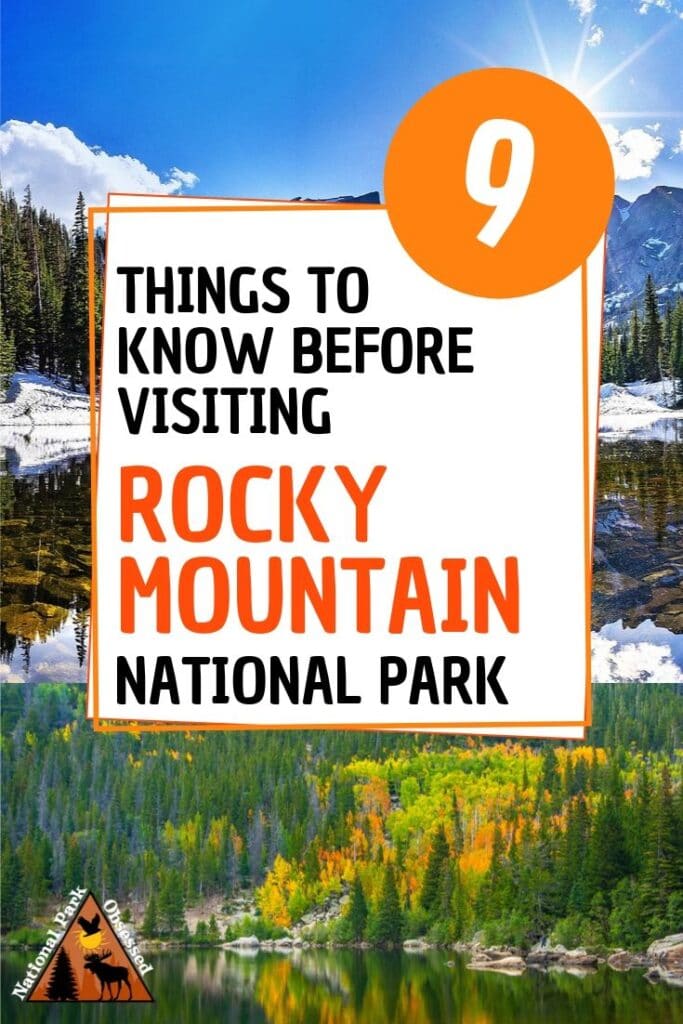 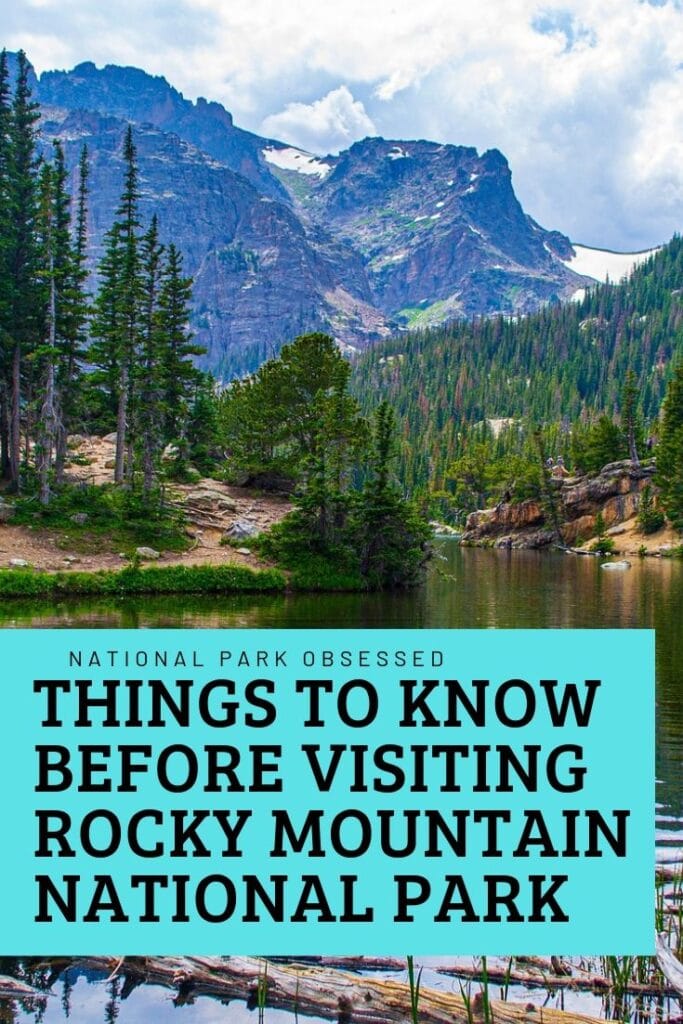 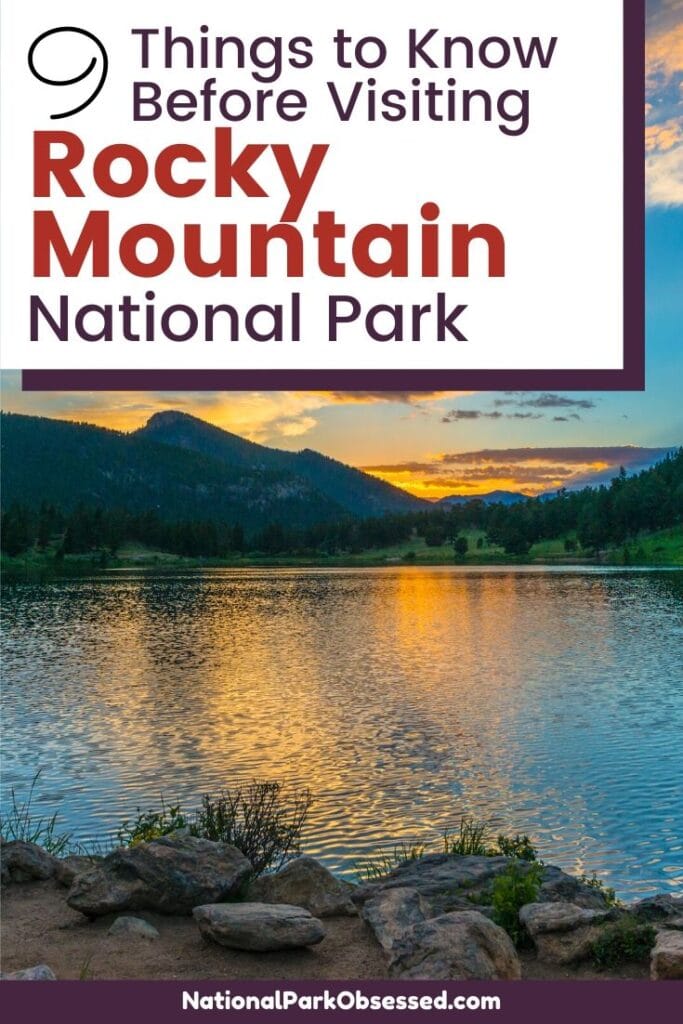 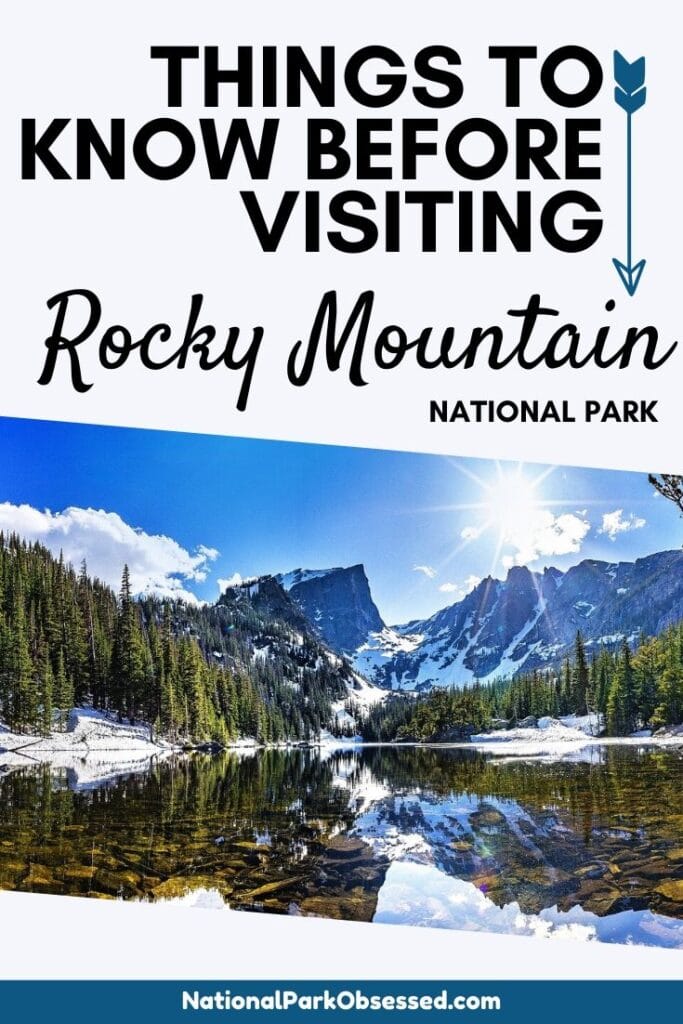 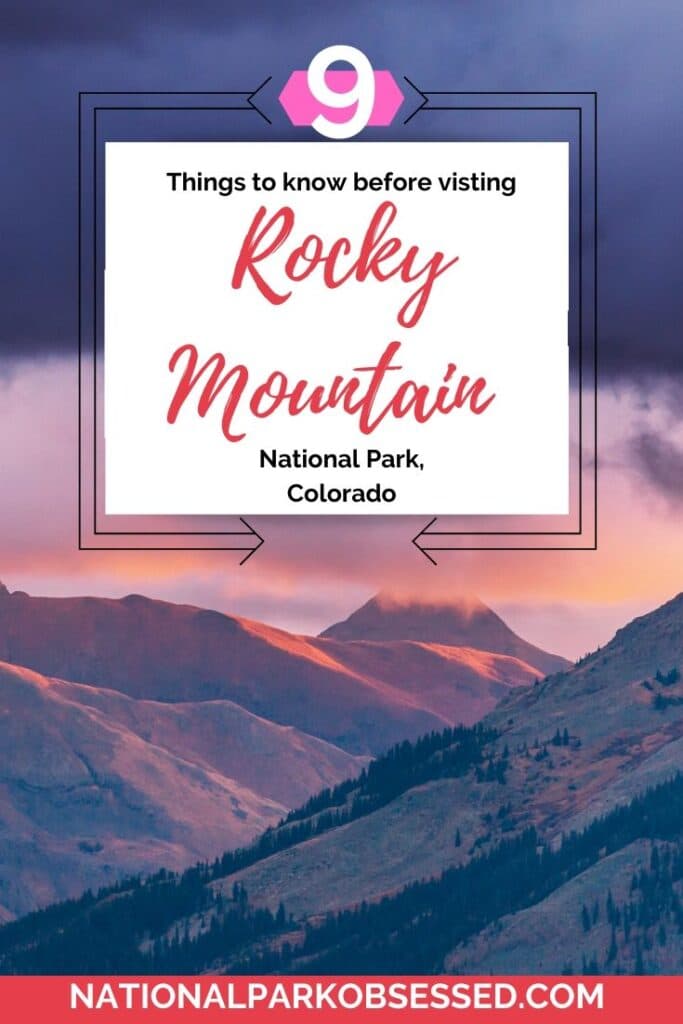 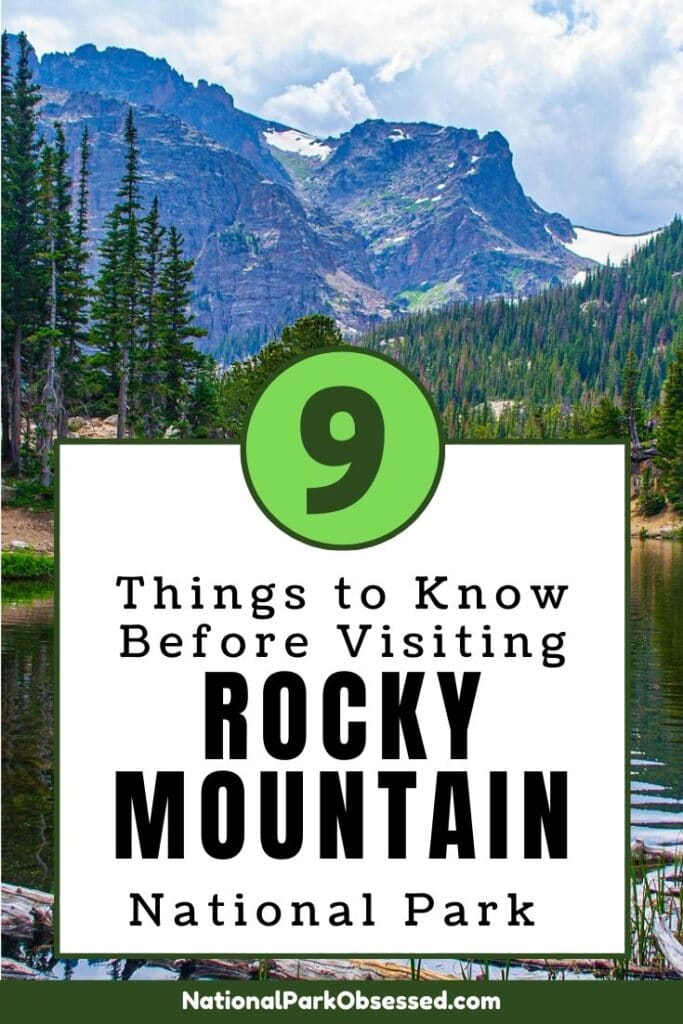 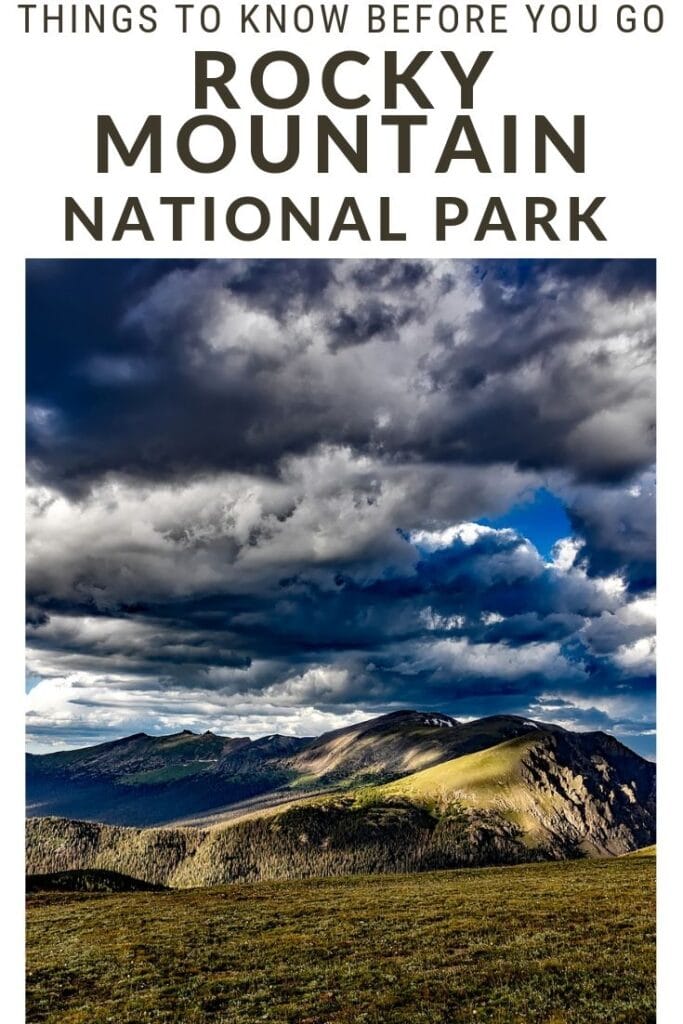 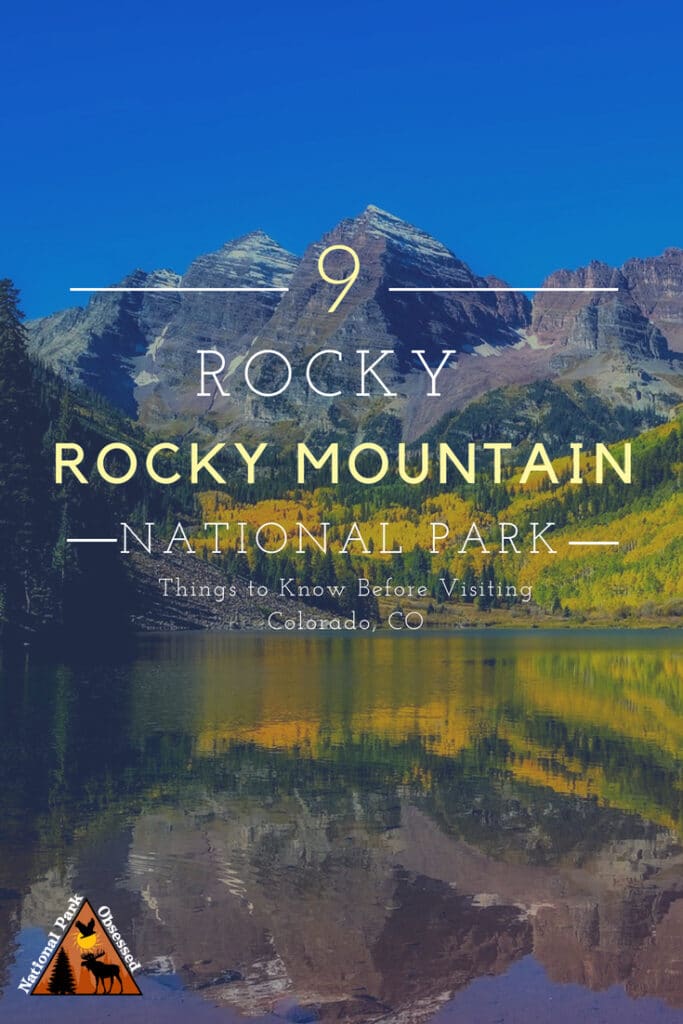 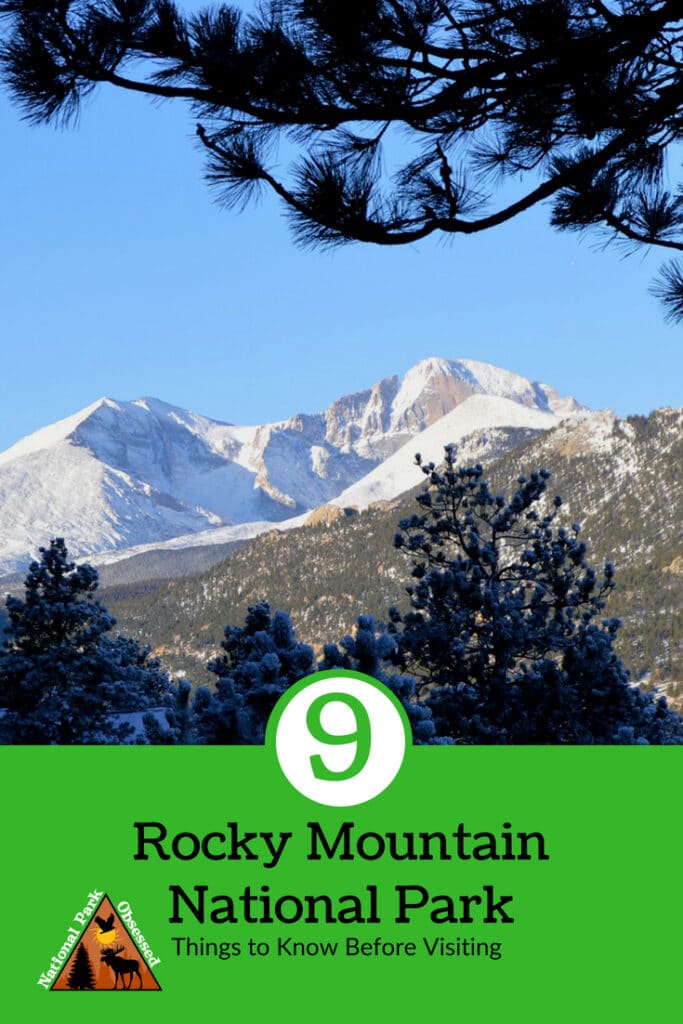 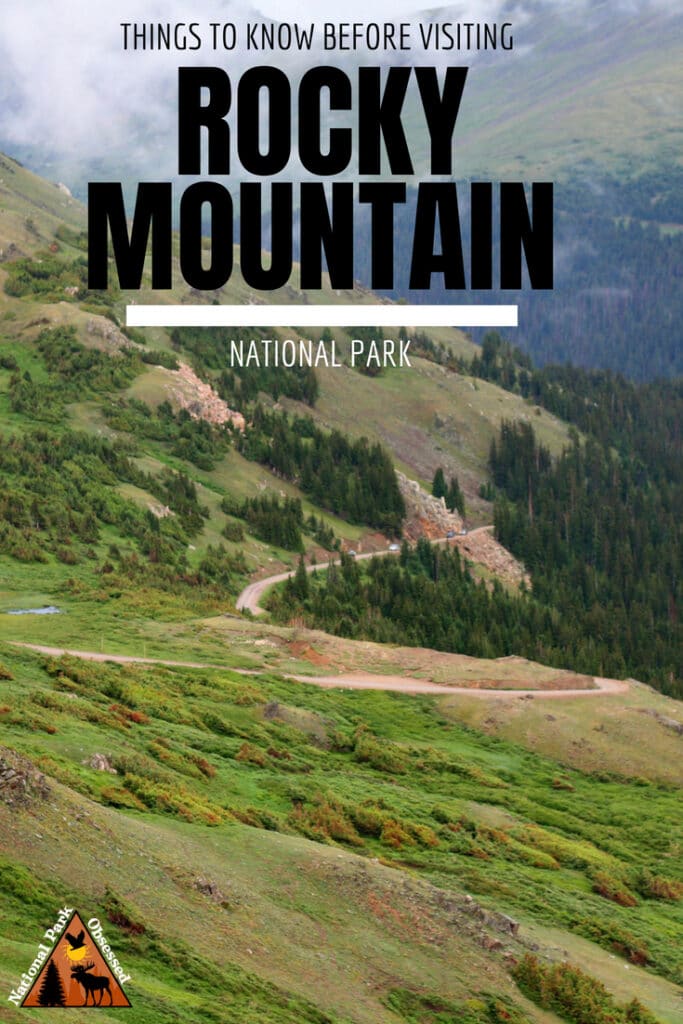 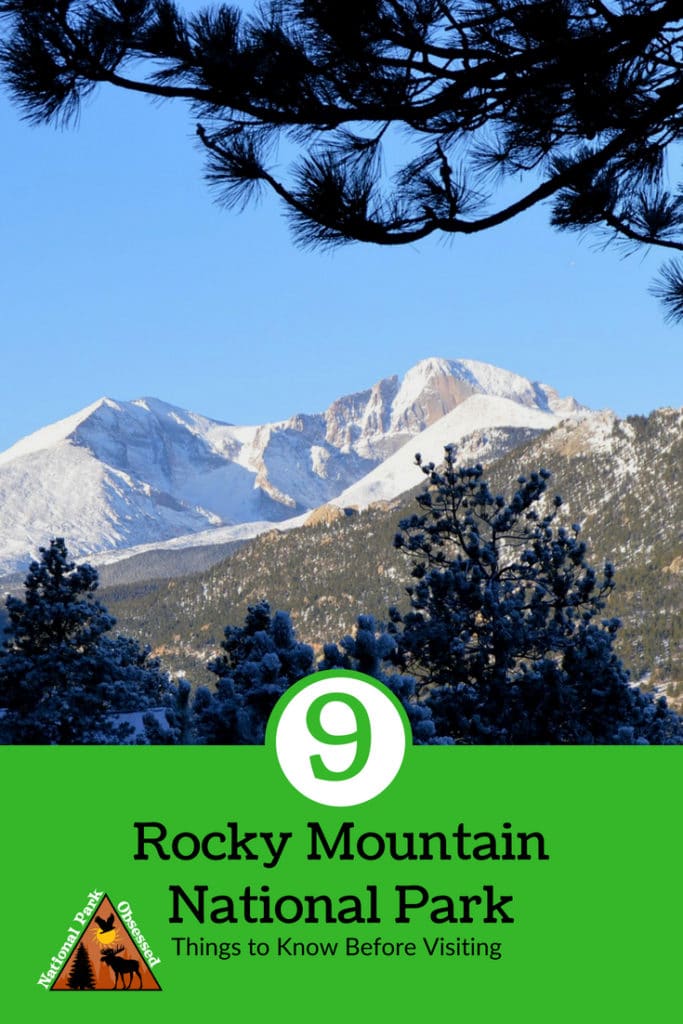 Rocky Moutain National park has three distinct ecosystems.  Each one is defined by elevation.  The Montane ecosystem covers the lower elevations of the park from 5,600 to 9,500 feet.  Montane covers the mountain meadows, Douglas-fir, and Ponderosa and Lodgepole pine forests.  This ecosystem is generally warmer than the other two.

Somewhere between 9,000-9,500 ft the montane ecosystem gives way to the subalpine ecosystem.  The subalpine runs until about 11,000 ft.  This ecosystem is dominated by the hardy limber pine trees, subalpine fir & Engelmann spruce.  The trees grow around rocky outcroppings along with a dense layer of undergrowth This area experiences short cool summers and long cold winters.  It snows early and stays late.

The tree line is found around 11,000 ft.  This is the point beyond which trees do not grow.  This line marks the start of the alpine tundra ecosystem.  At this elevation, the temperature is often 20 degrees cooler than in the montane ecosystem.  Most of the plants that live in the alpine tundra are slow-growing small plants.  They have a short growing season in which these perennials grow and reproduce slowly.  These plants have a large root system that allows them to conserve water and stay warm.  They are low to the ground to avoid the brutal winds.

Trail Ridge Road is highest continually paved road in the United States.  Eleven miles of this highway is above 11,500 feet in elevation.  The highest point on the road is 12,183 feet.   The road gains 4,000 feet of elevation from ends at Estes Park and Grand Lake.  Much of the drive is above the tree line in the alpine tundra.  If you have traveled to the Arctic, the landscape along the “Highway to the Sky” is very similar.

Take your time and enjoy the drive along an All American Road.

Old Fall Road is the first road over the Rockies

There are glaciers in the park

Much of Rocky Mountain National’s Park landscape is the result ancient glaciers.  Today, Rocky Moutain National Park isn’t a place one associated with glaciers.  Yet, the park is home to roughly 30 glaciers.

Almost all of the glaciers in the park are cirque glaciers.  Cirque glaciers a small bowl-shaped glacier at the start of a valley.  They are usually the remnants of a valley glacier.  Due to changing conditions in Rocky Mountain National Park, the glaciers are shrinking.  Every summer, the glaciers start to melt and recent winters have not provided enough snow to replace the melted ice.

The park is ancient

Rocky Mountain National Park is ancient.  The oldest rocks in the park are estimated to be 1.8 billion years old.  These rocks were formed as sea sediments.  Over time the park was lifted up and submerged until the mountains we know today formed.

About 70 million years ago (the same time frame as the Grand Canyon started forming), the final uplift of the Rocky Mountains began.  After the mountains were pushed up glaciers started to form and they carved the mountains and valleys.

The Continental Divide runs thru the park

The Continental Divide is the hydrological divide.  It separates where the water drains.  Any water falling east of the continental divide ends up in the Atlantic Ocean. To the west, it ends up in the Pacific Ocean.

In Rocky Mountain National Park, the Continental Divide runs northwest to southeast towards the center of the park.  This line separates the east and west sections of the park.  The western side of the park gets more snow and more clear cold days during the winter.

It is the highest park

Only One of Colorado’s Fourteeners is in Park

There at 58 fourteen thousand foot mountains in Colorado.  Yet, only one of these massive mountains is located in Rocky Mountain National Park.  Longs Peak is  14,259 ft tall.  She is 15th tallest mountain in Colorado.

Over 15,o00 people attempt to climb to the summit of Longs every year.  Only about 47% will make it to the summit.

Rocky Mountain has its own “Big Five” wildlife

Do you have any things people should know before visiting Rocky Mountain National Park?

These photos are amazeballs!!! All I needed to see was the first one and I was hooked. I dig our National parks, too, and now can’t wait to visit this one!

Yep the national parks are amazing places to visit.

Thanks for sharing such an informative guide! Really great information to prepare ourselves before visiting The Rocky Mountain National park!

Can't wait to see your photos from your visit to Rocky.

Ohhh I miss the rocky mountains. Thanks for sharing these interesting facts :)

I miss the mountains as well.

I would love to visit here! It looks incredibly picturesque and beautiful!

It is really amazing. You should start planning a trip.

Thanks. I love exploring the parks.