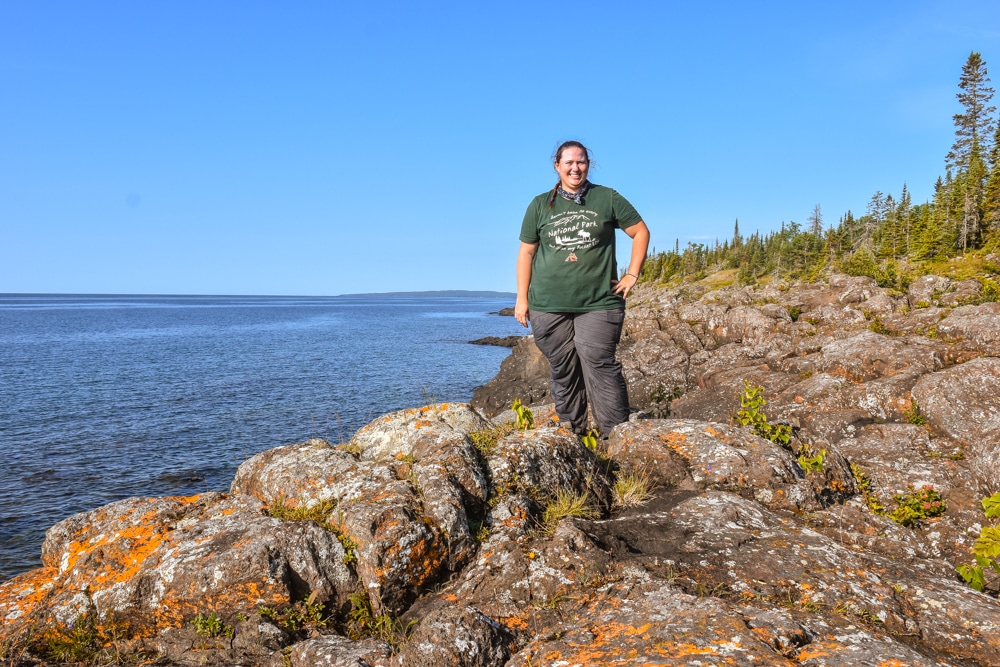 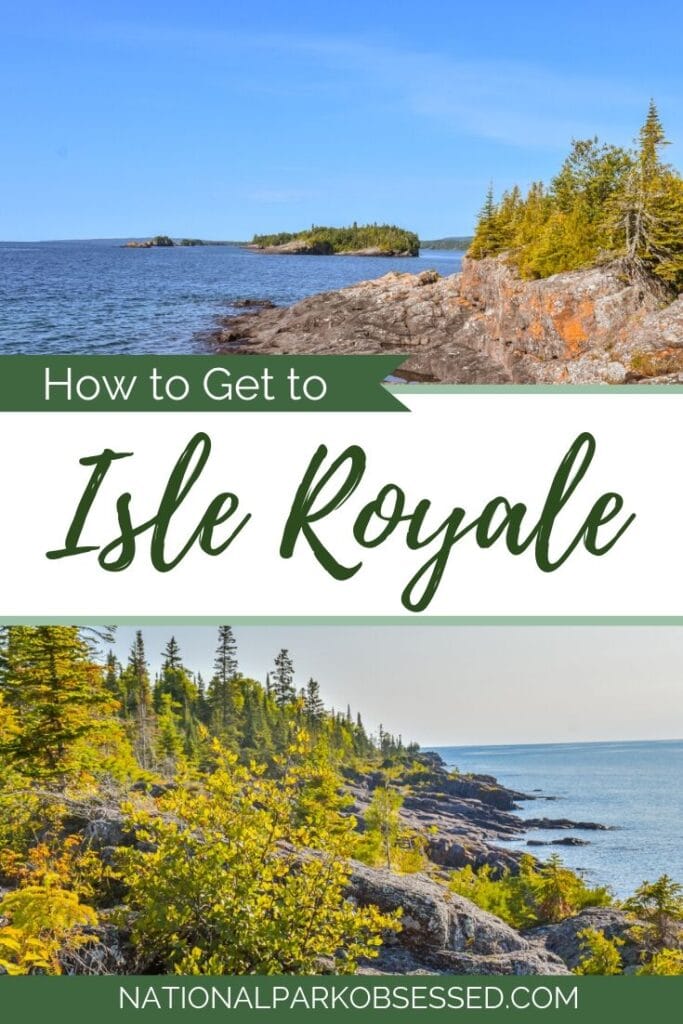 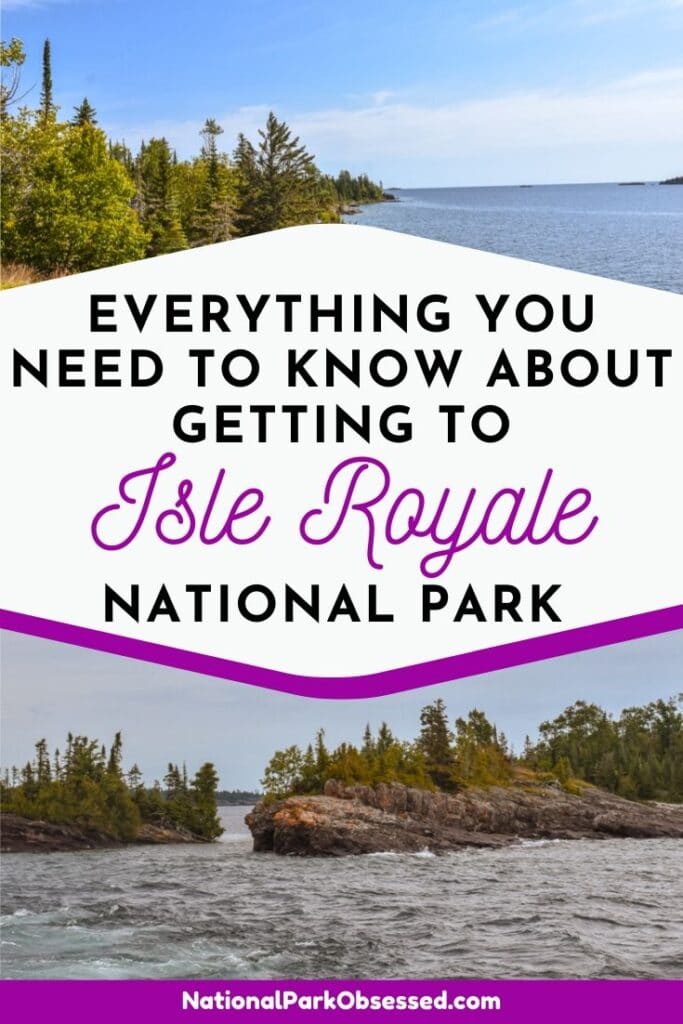 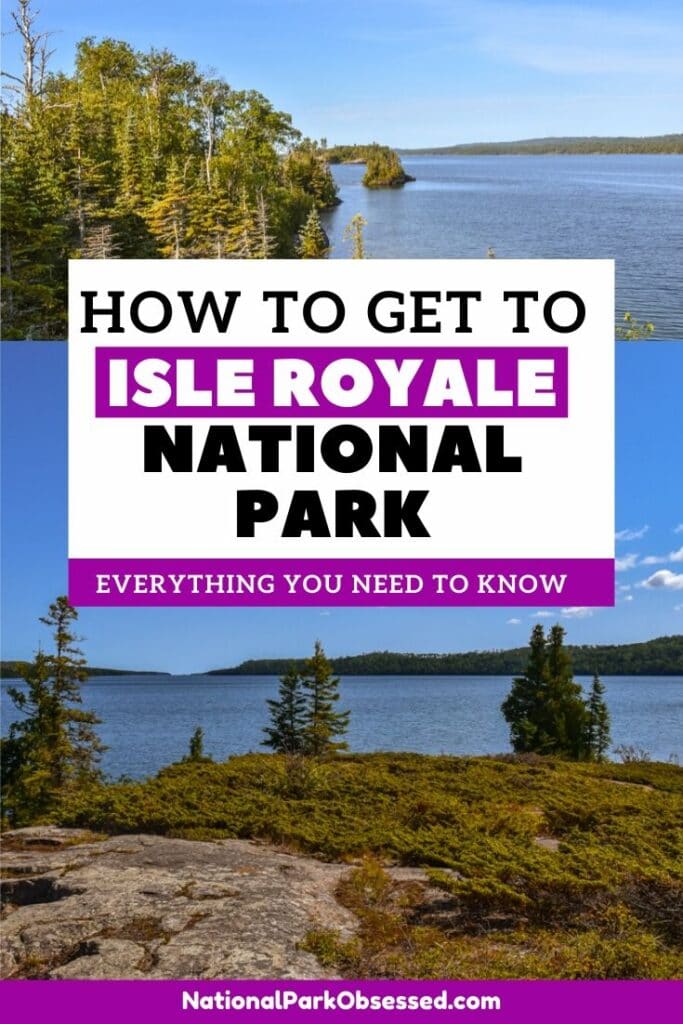 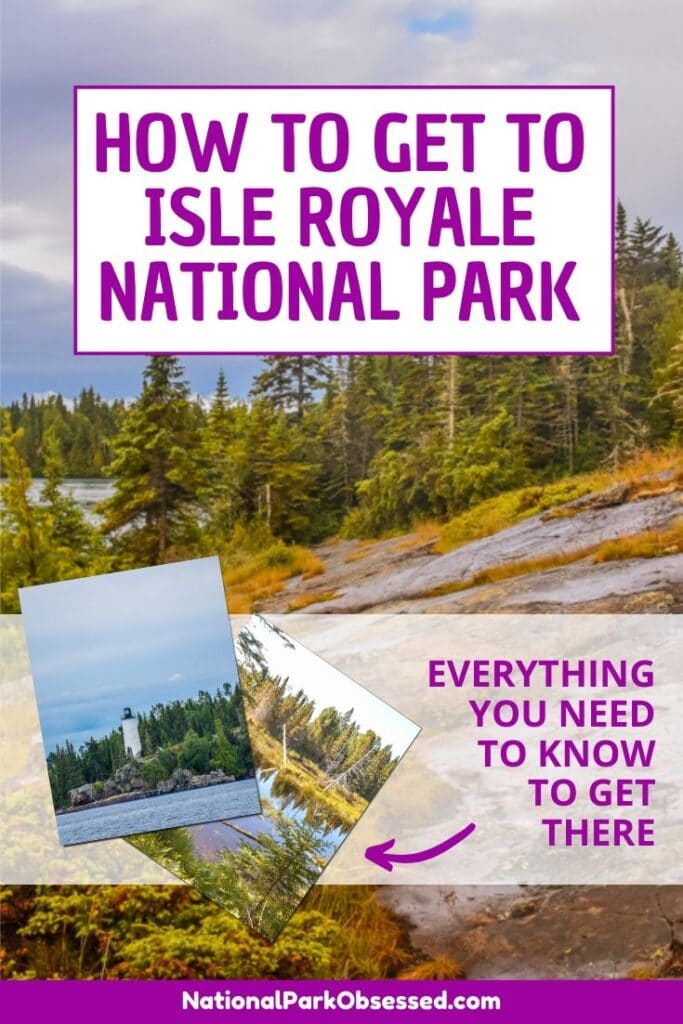 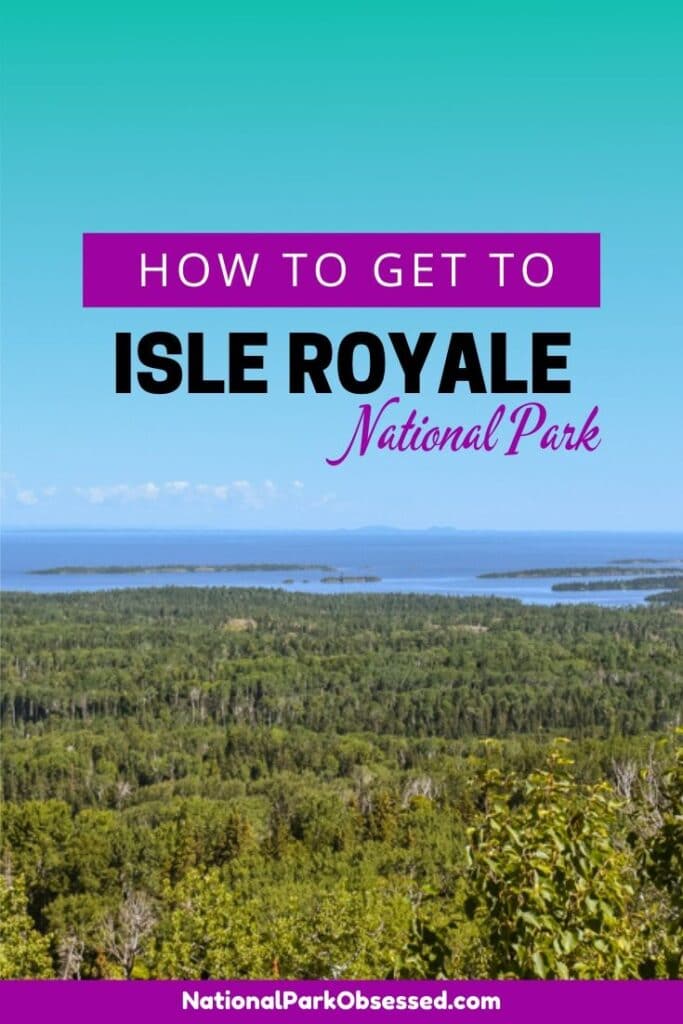 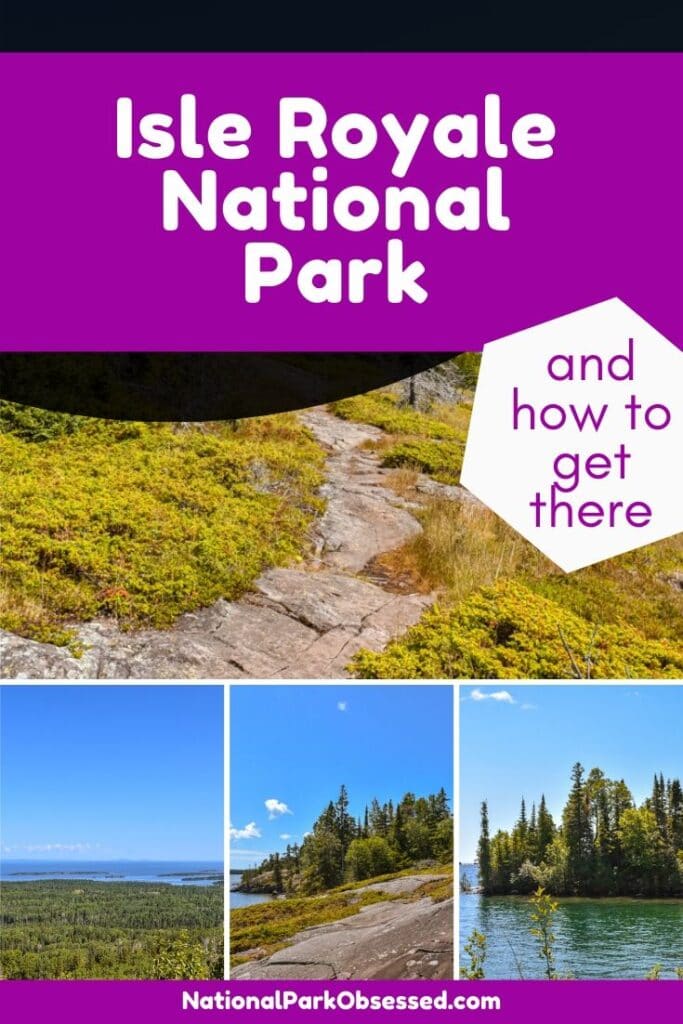 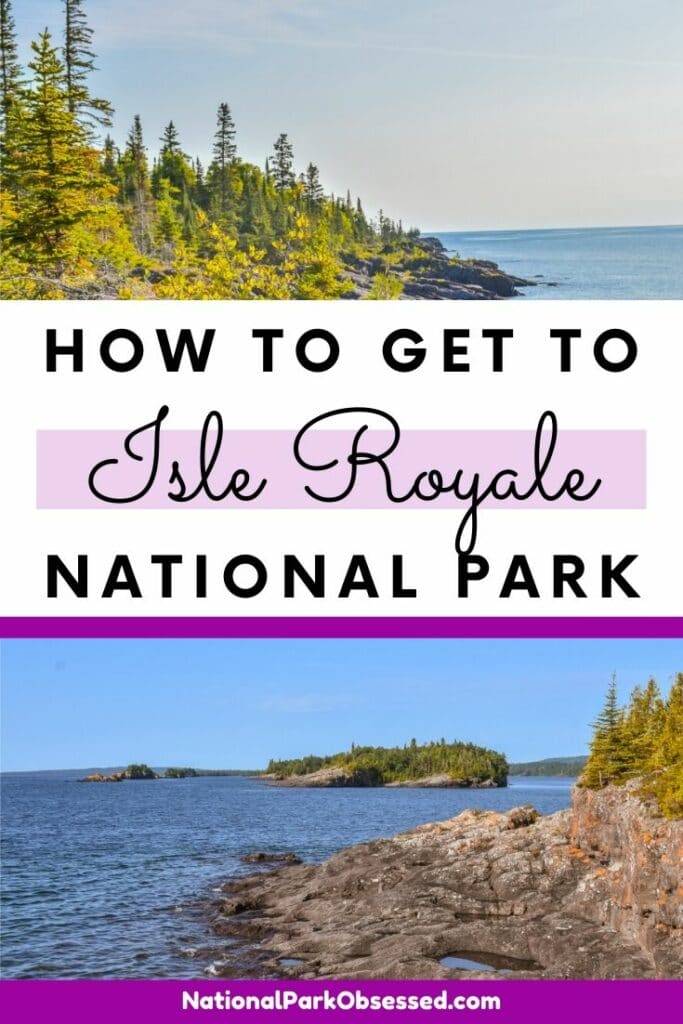 This post is sponsored by the Keweenaw Adventure Company. They offer a range of kayaking and mountain biking services on the Keweenaw Peninsula. Additionally, they offer Isle Royale guided kayaking trips and shuttles from Hancock Airport to Copper Harbor.

Best way to get to Isle Royale National Park

Isle Royale is one of the few National Parks you can directly fly to. Well first you have to get to Michigan or Minnesota then you can fly to directly to Isle Royale.

All flights to Isle Royale are via sea planes. There is no runway in the park.

Isle Royale Seaplanes is the only authorized provider of flights to the island.

The flight to Isle Royale takes about a hour and provides amazing areal views of the islands.

The flights cost between $200 and $260 per person for one-way tickets.

Windigo is located on the southwest end of Isle Royale. Windigo is located in Washington Harbor. The landing area has a small dock. Visitors to Windigo offers several camper cabins, portable water, showers, a camp store and a campground.

Rock Harbor is located on the northeast end of Isle Royale in Tobin Harbor. It is a short walk from Tobin Harbor to the Rock Harbor area. Visitors to Rock Harbor offers a hotel and cabins along with a campground, restaurant, and general store.

Houghton County Memorial Airport (CMX) is a tiny airport located in Oneco, MI. It is near the cities of Calumet and Houghton. This small airport has year-round flights from Chicago through United. There are several rental cars available along with an shuttle to Copper Harbor.

Sawyer International Airport (MQT/SAW) is a small airport and located in Marquette, Michigan. Sawyer has year-round flights provided by American Airlines and Delta. There are direct flights from Chicago, Detroit, and Minneapolis. Rental cars are available.

Duluth International Airport (DLH) is a small airport in Duluth, Minnesota. Duluth provides access to all three of Isle Royale’s ferry locations. The airport is served by American Airlines, Delta and United. It has direct flights from Chicago and Minneapolis. Rental cars are available.

Thunder Bay International Airport (YQT) is located in Thunder Bay, Ontario, CANADA. You WILL need a passport to fly into this airport. This small Canadian airport is serviced by the major Canadian airlines and has regularly scheduled service from most major Canadian cities.

Minneapolis−Saint Paul International Airport (MSP) is the closest major airport to Isle Royale National Park and located in Minneapolis, MN. Minneapolis is Delta’s third largest hub and offers flights to a wide range of US and international destinations. Rental cars are available.

Milwaukee Mitchell International Airport (MKE) is a medium sized airport located near Milwaukee, WI. It is primarily serviced by Southwest, United, Delta, and American Airlines. It offers flights from most major US cities. Rental cars are available.

The Isle Royale Queen IV is a 100-foot long private vessel that carries 85 passengers. It departs from Copper Harbor, Michigan and travels to Rock Harbor and back in the same day.

Isle Royale Queen IV does day trips. Day-trippers will have between 1.5 and 3 hours in the Rock Harbor area. Time varies based on weather conditions.

The Voyageur II is a 65-foot long vessel. It departs from Grand Portage, MN and circumnavigates Isle Royale over two days. The outbound trip stops at Windigo, McCaroe Cove, and Belle Isle before arriving at Rock Harbor. The following day the Voyageur stops at Dasiy Farm, Chippewa Harbor, Malone Bay, and Windigo before returning to Grand Portage, MN.

The Voyageur II departs Grand Portage on Monday, Wednesdays and Saturdays. It returns on Tuesday, Thursday and Sunday.

The Seahunter III is a 65-foot long vessel. It departs from Grand Portage, MN and travels to Windigo and back on the same day. This vessel takes 1.5 hours each way.

Seahunter III does day trips. Day-trippers will have about 4 hours in the Windigo area. Time varies based on weather conditions.

Isle Royale is an island in the middle of Lake Superior. There are NO real roads on the islands so there is no driving to the park but you can drive to the ferry or seaplane ports in Michigan or Minnesota.

Get help planning your trip to Isle Royale National Park:

Pin to Save for Later: how to get to Isle Royale National Park