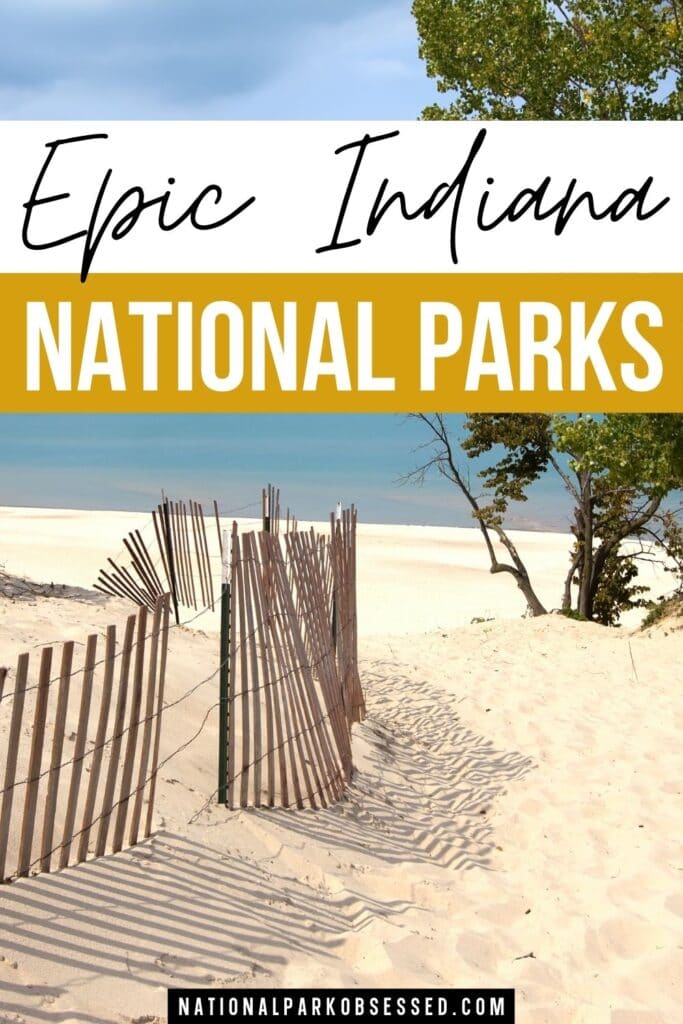 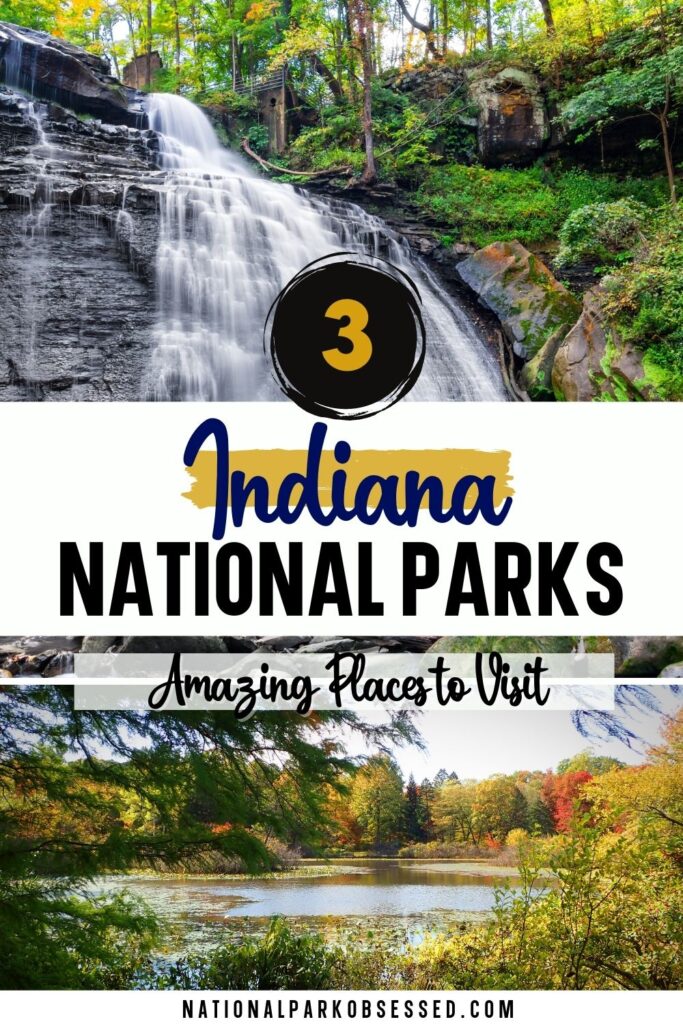 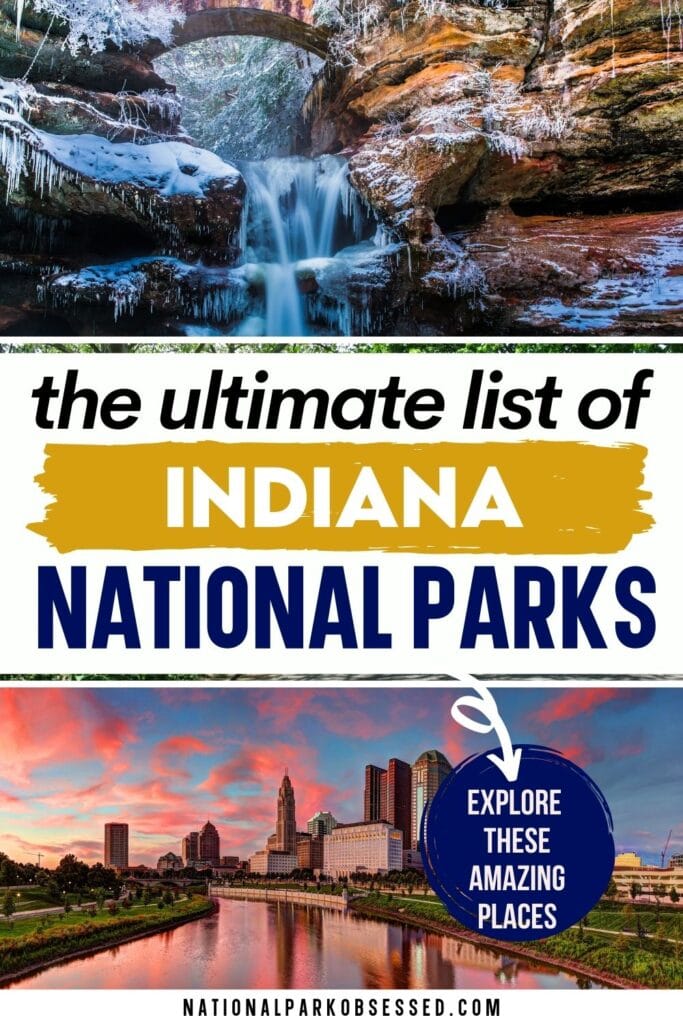 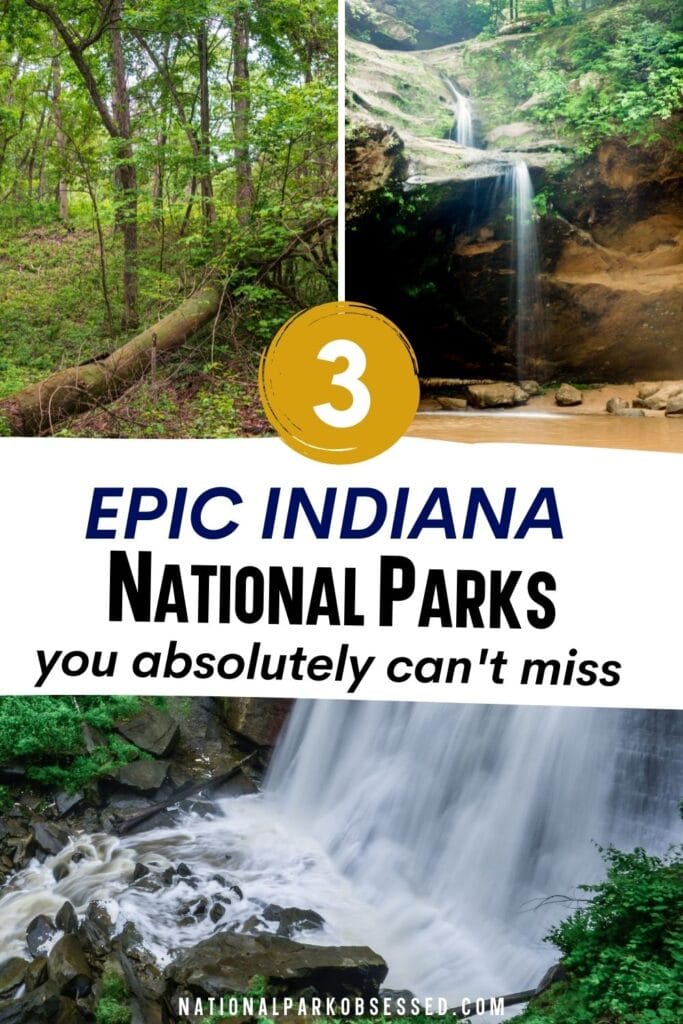 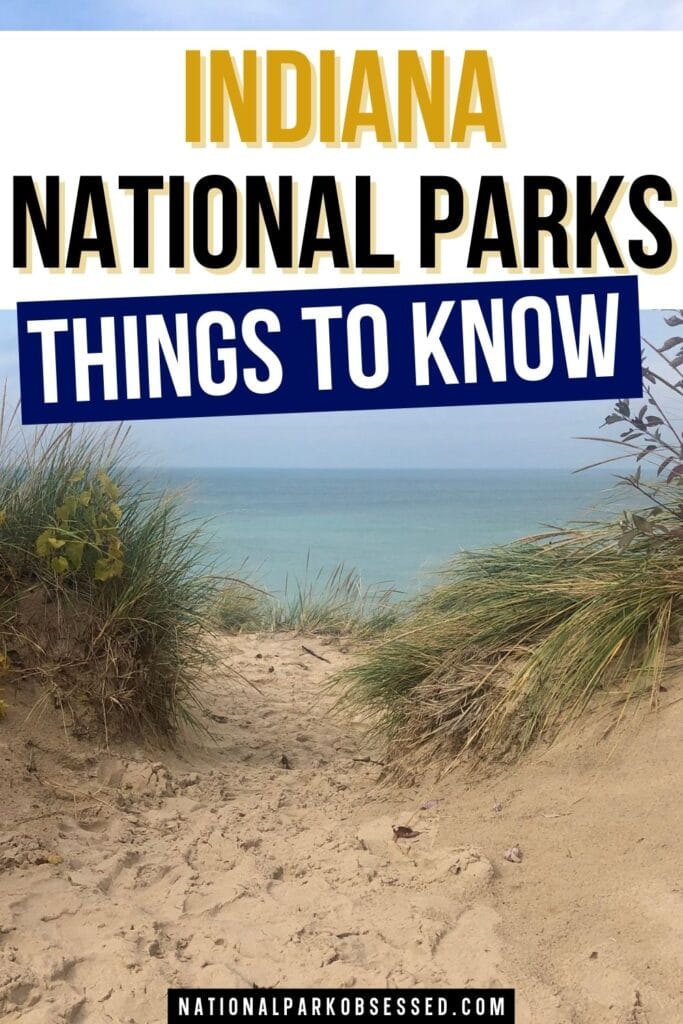 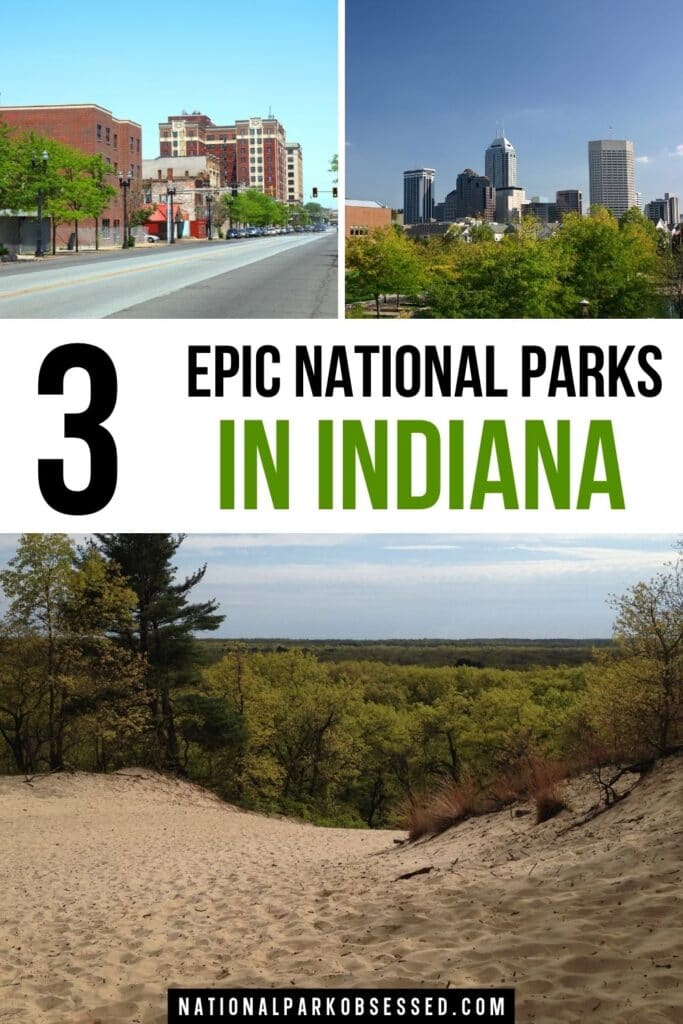 Known to be the “Crossroads of the Country”, connecting many Midwest states, Indiana has so much more to offer. Aside from being famous for southern hospitality and basketball, it also boasts several historic landmarks and beautiful landscapes to visit on your next travels. Full of farmlands, Indiana is bordered by Lake Michigan and four states: Michigan, Ohio, Kentucky, and Illinois.

Indiana currently has three national parks to visit. Visitors can enjoy many outdoor activities as well as learn a lot from the educational memorials and historical landmarks the state has to offer.

Map of National Parks in Indiana

The George Rogers Clark National Historical Park is the site wherein historians believe Fort Sackville was situated during several wars. Fort Sackville was most instrumental during the French and Indian Wars with its strategic position facing the Wabash River.

Inside the memorial, it features a bronze statue of the American Colonel George Rogers and several murals depicting his story. This memorial now stands proud in celebration of this colonel, a respected and brave soldier that led his army to victory against the British. He and his soldiers were remembered to have marched across flooded prairies to reach the Fort. There, his army surrounded the fort and demanded the British to surrender. This historic march was one of the tales of victory in the American Revolution and ultimately led them to protect their land.

The George Rogers Clark National Historical Park was included under the care of the National Park Service in 1966.

Things to do: Visit the Clark Memorial, See the Park Film, Go to Visitor Center, Fishing

Where to Stay: There is no accommodation available inside the park. However, Vincennes offers many local hotels, hostels, and campgrounds around the area.

This park has everything for everyone. This expansive park spans over three counties and features many things to do like swimming, fishing, hiking, bird watching, and more. This is a perfect destination for families to enjoy a day out for outdoor activities like a picnic or camping. A solo trip would also be wonderful if you want to learn more about the available historical sites or enjoy solitude by the beach.

With its beautiful landscapes, unique flora, and historic and cultural relevance, the people of Indiana created a nationwide campaign to buy the land. “Save the Dunes” was an active campaign back in the 1950s. This campaign’s success brought about the preservation initiatives which now allow visitors to enjoy everything this land has to offer.

This park was redesignated under the National Park Service last February 15, 2019.

How to get there: The Indiana Dunes Visitor Center is easily accessible by car through the Indiana Toll Road, U.S. Highways 12 and 20, and Indiana State Road 49. Many of the park’s facilities can be accessed through U.S. Highway 12.

Where to Stay: This park stretches across three counties and fifteen cities. You can find many hotels and lodging within the three counties, Lake County, Porter County, and La Porte County.

Entrance Fee: There is no fee to access the National Park but Indiana Dunes State Park charges $7 for Indiana plates and $12 for out of state plates

The Lincoln Boyhood National Memorial is a national presidential memorial remembering the childhood of one of the great leaders, Abraham Lincoln. It features the farm wherein the young Abraham Lincoln grew up with his family.

Here, visitors can learn more about Lincoln’s humble Indiana upbringing that forged his morals and passion for service. Thomas Lincoln, his father, lost two home titles in Kentucky before settling in Indiana. Here, he spent most of his childhood with his two siblings, Thomas and Sarah Lincoln. In the park, visitors can see the Memorial Building that has five statues depicting Lincoln in different stages of his life. The building also has a museum that offers more information about Lincoln’s early life and family. Other than the memorial building, the site also preserves the historic Lincoln cabin. The historic farm was first discovered through archaeological excavation, it is now protected with a wall. Very near it stands a replica of the original cabin where visitors can get a glimpse of how the Lincoln family lived.

The park was designated under the National Park Service in 1960.

How to get there: By car, the park is easily accessible through Highway 162. By plane, the nearest airport is Evansville Regional Airport, which is located in Evansville City. This airport has connections from Chicago, Atlanta, Dallas, and Detroit.

Where to Stay: There is no accommodation available inside the park. There are many hotels, inns, and other lodgings available around the area and in Evansville City.

There are 3 National Parks in Indiana that received 2.4 million visitors in 2020 and generated over $140.7 million in tourism economic benefits. The majority of visitors (2.4 million) visited Indiana National Park.

There are 42 National Historic Landmarks, 30 National Natural Landmarks, 493 Places recorded by the Heritage Documentation Program, and over 200,000 objects in the Indiana National Parks Museum Collections. There are 226 Archaeological Sites in the Ohio National Parks.

Indiana is home to 24 State Parks and 8 reservoirs.

Indiana has one National Forest.

What is the only national park in Indiana?

How many national parks in Indiana?

Are there any national parks in Indiana?

What national parks are in Indiana?

Does Indiana have any national monuments?

No, Indiana does not have any national monuments. The 3 NPS units in Indiana hold the titles of “National Park,” “National Memorial”, and “National Historical Park.”

What are Indiana’s monuments?

There are non-national monuments in Indiana.

What are two famous landmarks in Indiana?

There are several famous landmarks in Indiana.

What is the only national park in Indiana?

Final Thoughts of the National Parks of Indiana