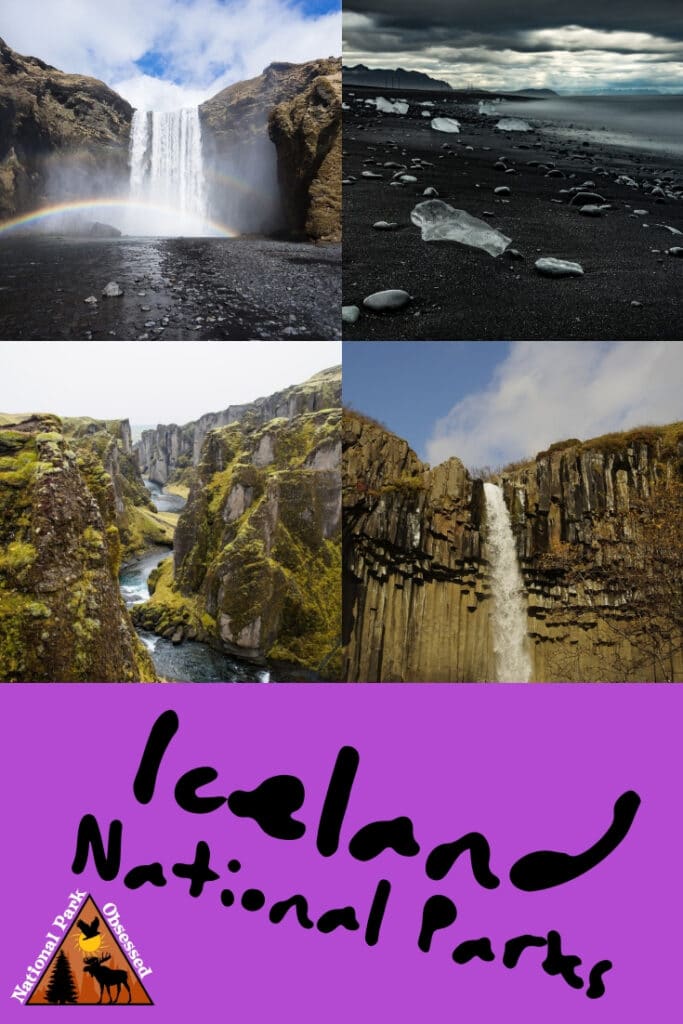 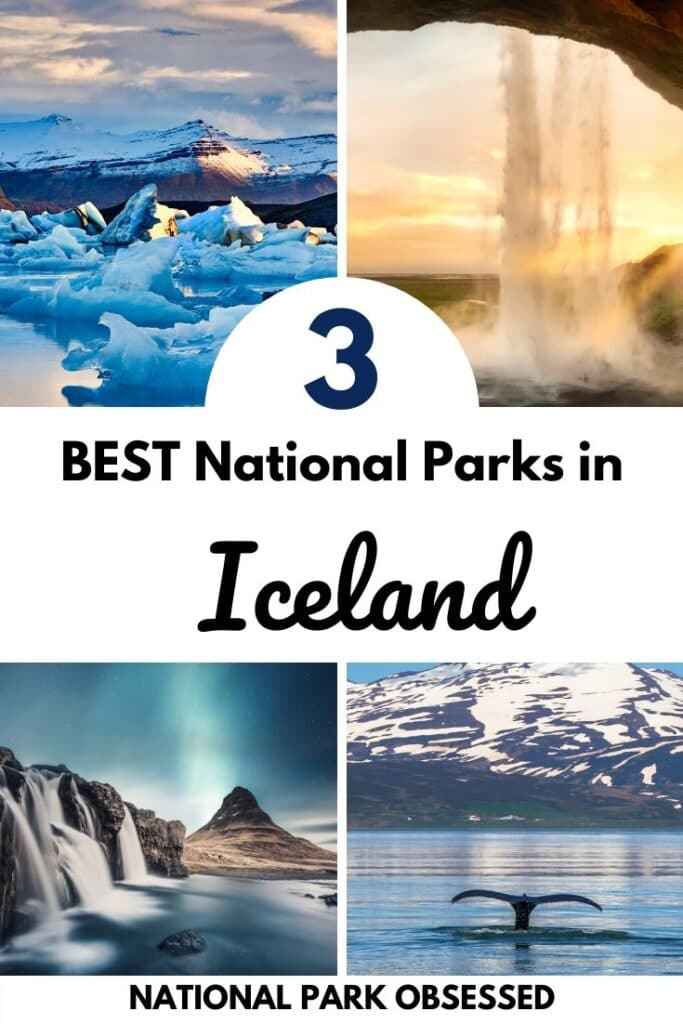 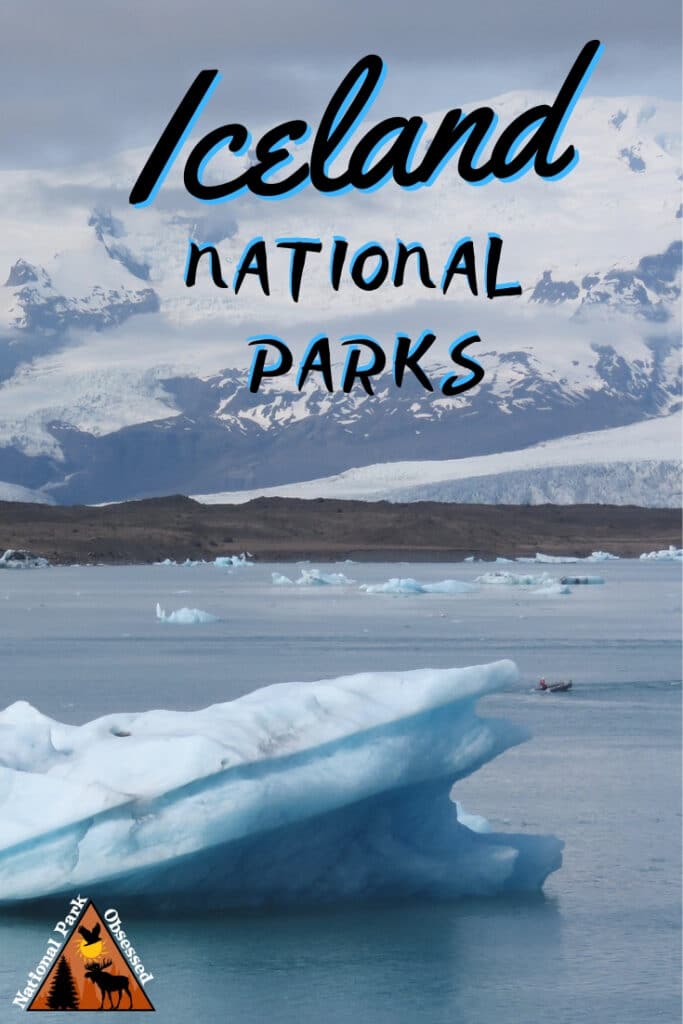 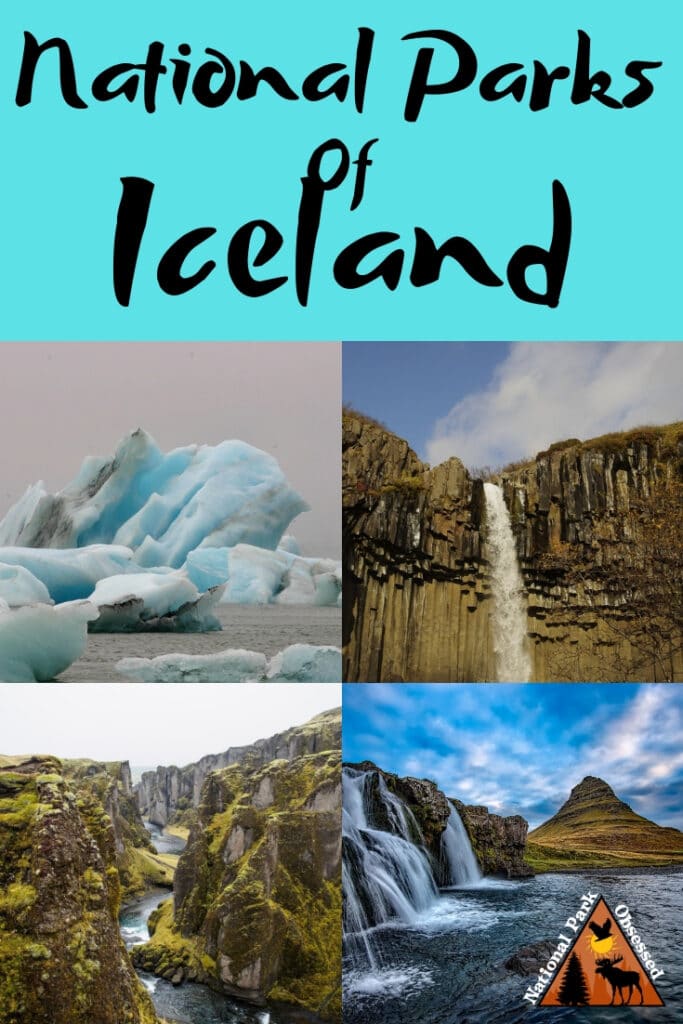 There are currently three national parks in Iceland and two former National Parks.

Þingvellir National Park is one of the most popular spots for visitors in Iceland. Located less than an hour from Reykjavik, it is one of the stops on the famous Golden Circle route. Þingvellir combines both historic and geologic significance and is a must-visit location on any Iceland vacation or stopover.

One of the major draws is the rift between the Eurasian and North American tectonic plates. The two plates are gradually separating, causing the rift valley to widen. Visitors can take paved trails down into the rift valley to check and you can even scuba dive or snorkel in between the two plates. The park is also historically significant because Viking congresses were held at this site for centuries. Many momentous events in the history of Iceland took place here and preserving it is a main focus of the National Park.  This is an amazing stop on Iceland’s Golden Circle route.

Þingvellir National Park was created a national park in 1930.  The land was set aside in 1928. The park is 22,912 acres. The site was so culturally significant that it was designated as a UNESCO World Heritage Site in 2004.

Kris at Nomad by Trade 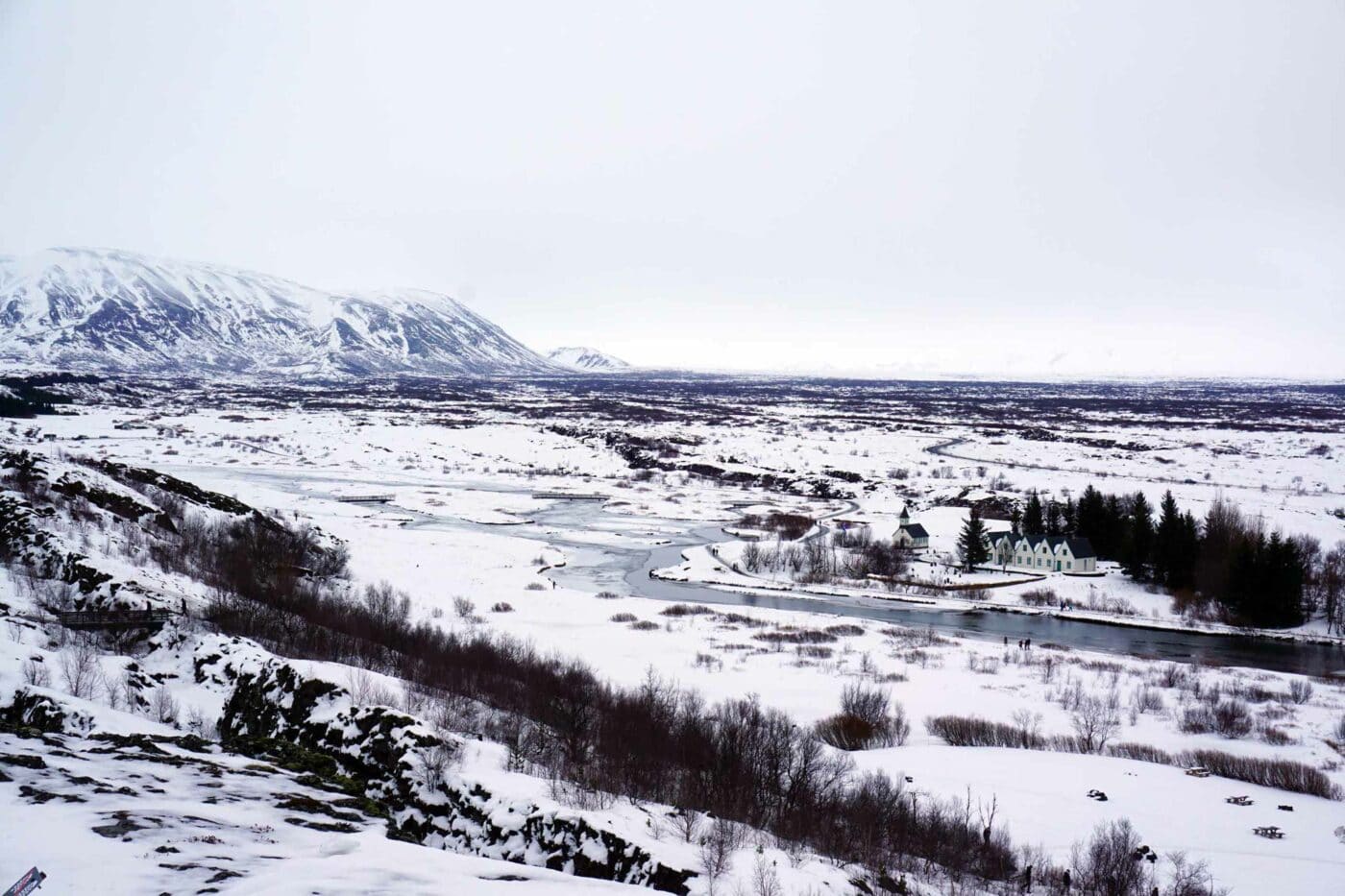 Set on the western tip of the Snaefellsnes Peninsula, the Snæfellsjökull National Park was established on June 28th, 2001 and is the only Icelandic national park that stretches to the sea. The park‘s main feature is Snæfellsjökull, a 700,000-year-old glacier-capped stratovolcano, which is one of the most famous sites of Iceland thanks to Jules Verne who used it as the setting for Journey to the Centre of the Earth. On clear days, you can see the peak from as far as Reykjavík.

Some of the other main features of the park include the Buðahraun lava field, which encircles Snæfellsjökull; the beaches of Djúpalónssandur and Skarðsvík; and Vatnshellir, one of Iceland’s older lava tubes, which was formed in an eruption 8,000 years ago. These features and the fantastic rugged coast make the Snæfellsjökull National Park a very scenic place to visit. There are several marked trails for hiking and it is also possible to climb Snæfellsjökull, but you must only go with a local guide. Access to the park is free and you can find more information about the trails and activities on offer at the National Park Visitor Centre in Hellnar. 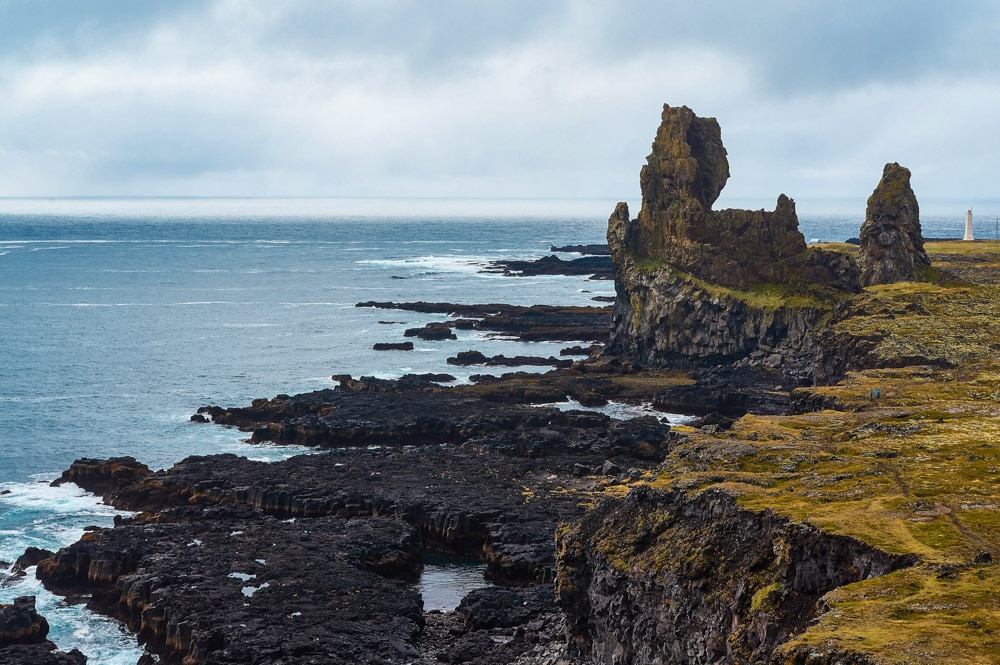 Vatnajökull National Park is a protected wilderness area that includes some of Iceland’s most awe-inspiring natural wonders. In 2008, Skaftafell and Jökulsárgljúfur national parks have been joined with Vatnajökull, it covers an astonishing 14 percent of the country’s landmass and is the largest national park in Western Europe.

The park’s centerpiece is the Vatnajökull glacier, which is the largest glacier in Europe outside the Arctic circle. Underneath its massive ice gap are hidden mountains, valleys and even active volcanoes.  The scenery within the national park is quite varied and includes glacial rivers, a volcanic table mountain and broad wetlands, which provide important habitat for reindeer and pink-footed geese.

Perhaps the most famous site within the park is the Jökulsarlón glacier lagoon and the nearby Diamond Beach. This giant glacial lake was created by nature relatively recently, in the 1930s, when Breiðamerkurjökull glacier retreated back from the ocean.

You will be mesmerized by the intricately sculpted shapes and changing hues of the icebergs floating in the lagoon. Eventually, these icebergs wash up onto the black-pebbled Diamond Beach and float out to sea. Where else can you see icebergs on a beach?!

Guesthouse Gerði is a recommended place to stay in the Vatnajökull region, just 13 kilometers from the Jökulsarlón glacier lagoon. The attached restaurant features locally sourced ingredients and always includes a dish suitable for vegan travelers.

Wendy at The Nomadic Vegan 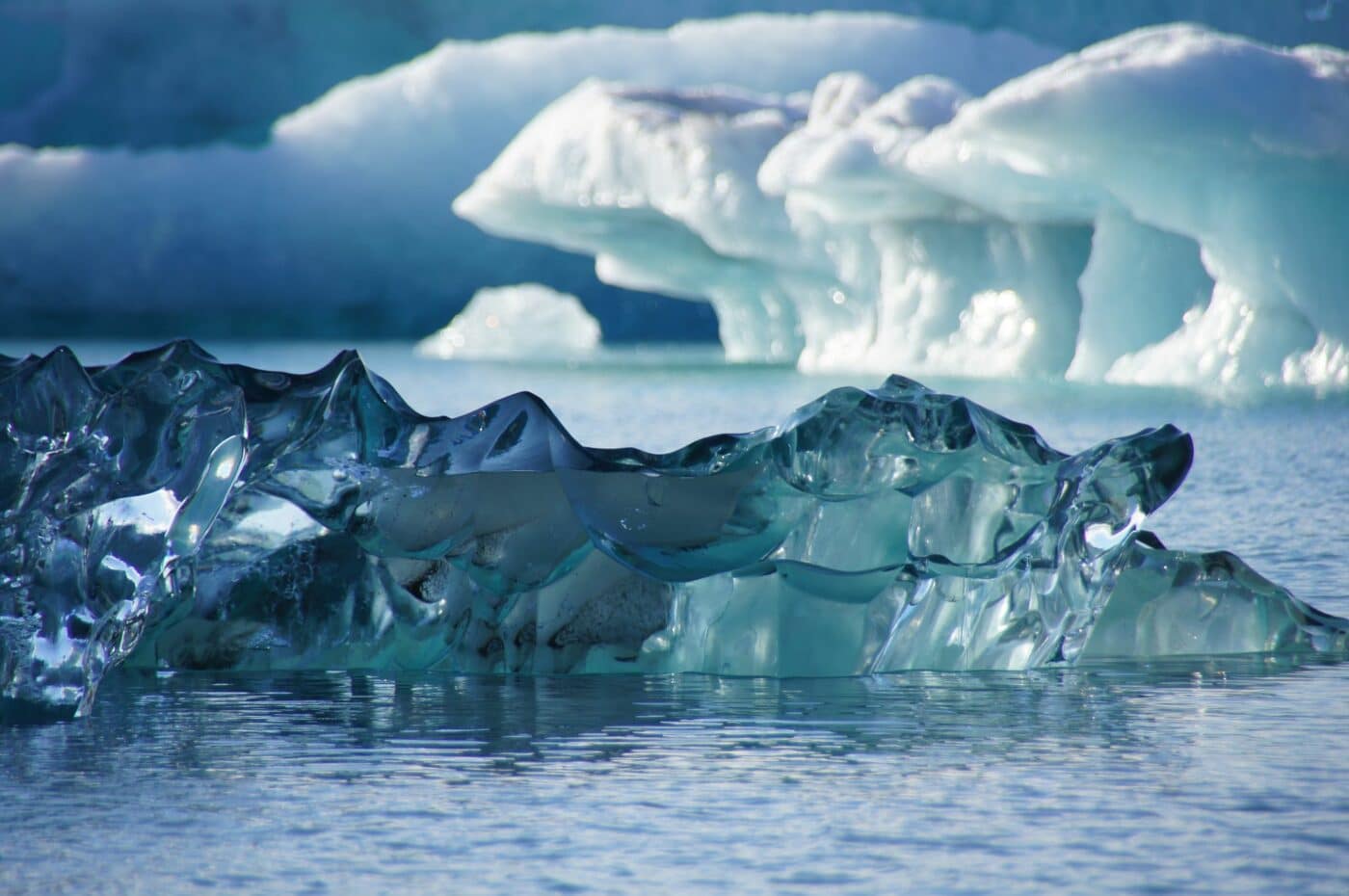 Jökulsárgljúfur National Park was protected in 1973.  The former national park is located in northwestern Iceland.  This section of Vatnajökull National Park is separate from the main section of Vatnajökull National Park to the south.  But the glacial river Jökulsá á Fjöllum flows from Jökulsárgljúfur to Vatnajökull.  The river has carved a 15.5-mile long canyon.  This massive canyon is known as one of the most impressive in Iceland.  The protected region included all canyons, waterfalls, and landscapes from Jökulsárgljúfur canyon to west of Jokulsa.  These canyons have been carved through glacial floods and glacial rivers.

This region is full of waterfalls.  There are famous ones such as Dettifoss, Selfoss, and Hafragilsfoss.  Plus some lesser known ones like Vesturdalur, Hljodaklettar, Holmatungur and Asbyrgi.  The region is full of hiking trails to explore.  There is a marked trail between Dettifoss and Asbyrgi which takes about two days to hike.

The visitor center for this area is located in Asbyrgi.  There are some primitive camping in the area as well. 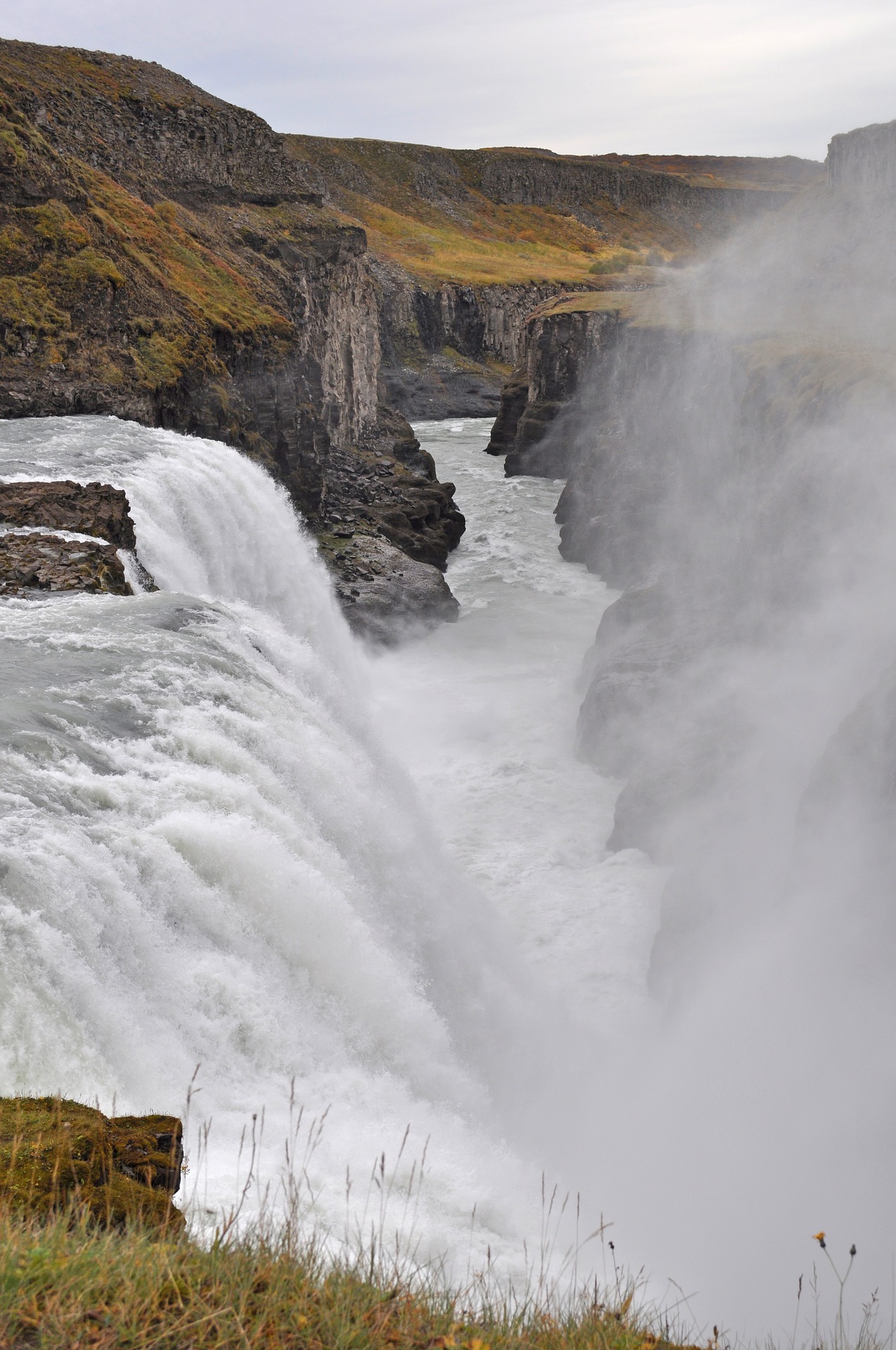 Skaftafell National Park was protected in 1967.  The region is famed for the Skaftafellsjökull glacier, Kristínartindar mountain, and Morsárdalur valley.  This area is the land of fire and ice. The landscape has been carved by the volcanic eruptions of Öræfajökull and the water from the glaciers and rivers.  The Svartifoss waterfall is located here.  Svartifoss is a 60 ft waterfall flowing over black basalt columns.  The Skaftafellsjökull glacier is part of the massive Vatnajökull ice cap.

There are no roads into the Skaftafell region but the network of trails allow for overnight or longer hikes. 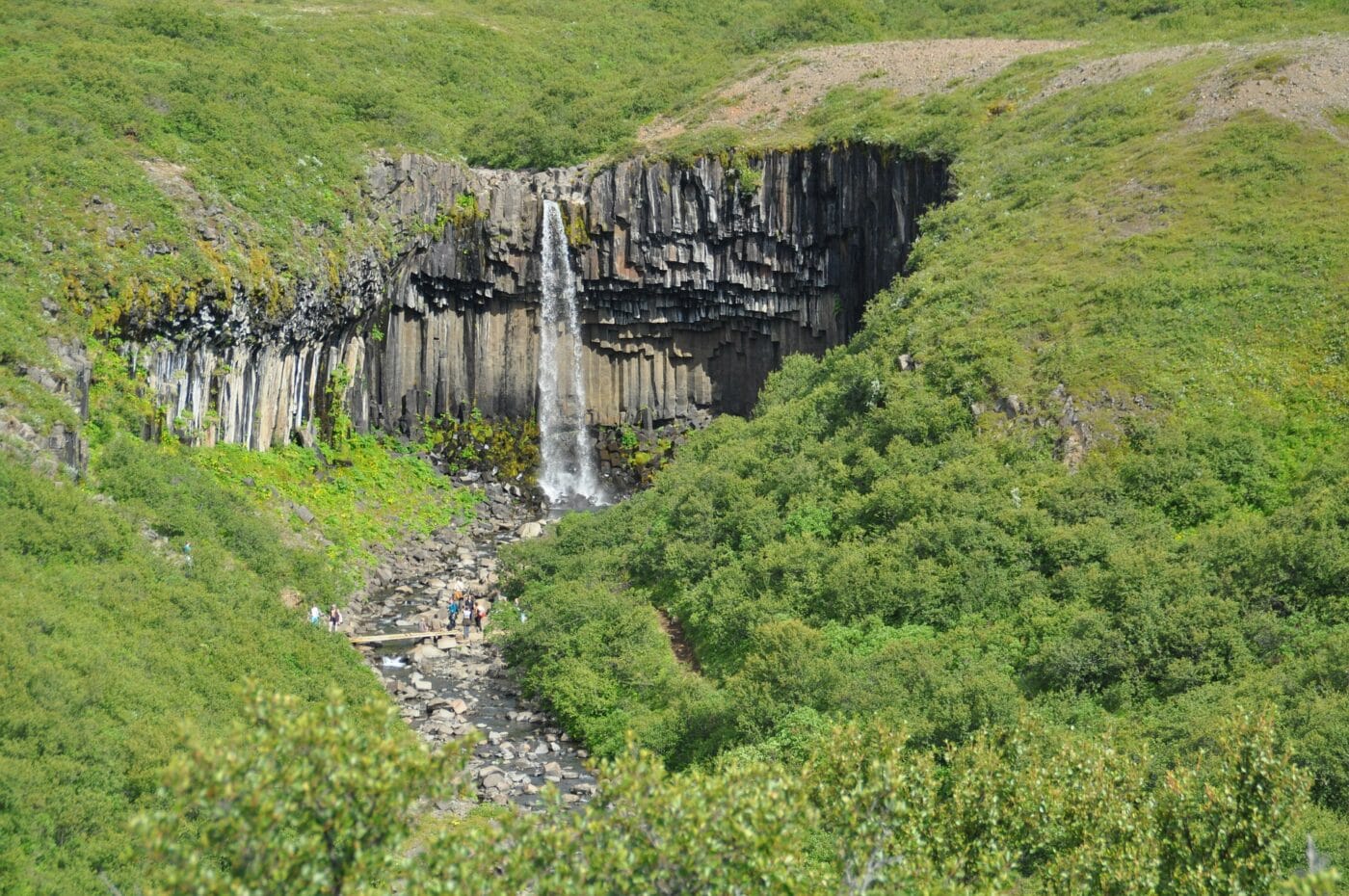 View all the National Parks in neighboring countries: 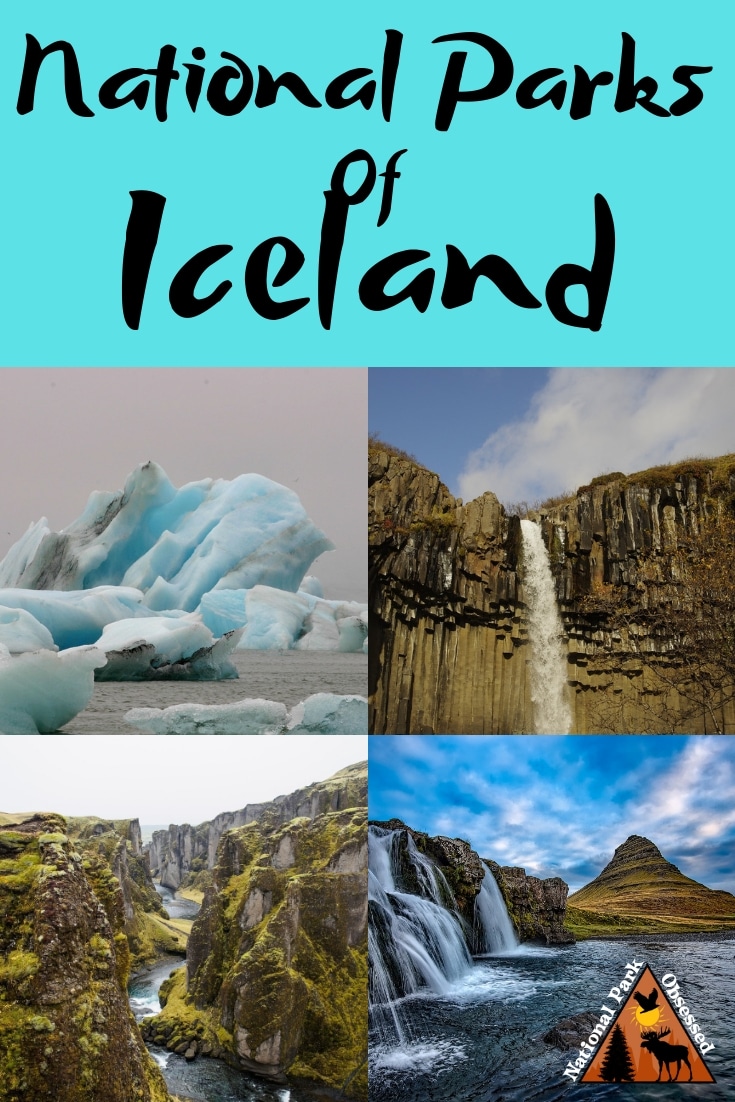