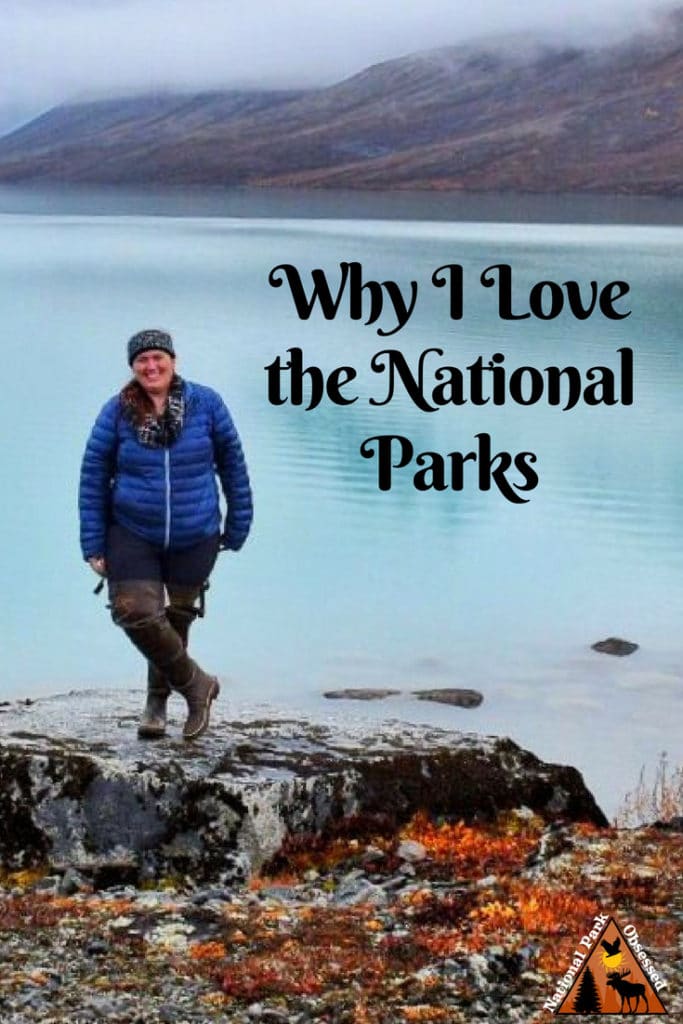 My name is Jennifer. I am the founder of National Park Obsessed.   I have a travel addict.  I am an adrenaline junkie.  I am a history geek.  Above all of that, I am obsessed with national parks.  I haven’t been to a national park that I didn’t love.  It doesn’t matter if it is a historic house or a massive desert.  The ultimate goal is to visit all the 3,058 national parks in the world.

Mount Rainier holds a special place in my heart.  My first national park memory is from Rainier, I spent a summer working in Rainier during college, and the road trip to Rainier to help me develop the goal to visit all 59 national park.  My first memory is of having played in the snow and my dad throwing a snowball at my mom who was filming.  He hit the camera directly on the lens.

What do the national parks mean to me?

They are a bridge from the modern world.  The parks are our past, our present, and our future.  The nature sites such as Yosemite, Denali, and Yellowstone remind us that we are small players in a larger world.  Historical sites such as Sand Creek Massacre, Manzanar War Relocation Center (a WWII Japanese Interment camp), and Castillo de San Macros are part of the history of the United States.  Some sites showcase the geological history of the continent.  Others showcase men and women who made significant contributions to the country.

I can visit any site.  It doesn’t matter if I visit it for an afternoon or a month, I learn something about the history of my country.  It could be realizing how close the world was to mutually assured distraction at Minuteman missile silos to the inner strength of Maggie L. Walker who refused to let her race or sex stand in her way, to marvel in the amazement at the power of mother nature at Crater Lake.  Some sites remind us of the struggles that it took to build the modern world.

Many of the national parks showcase the struggle between an advancing modern world and our environment.  Yosemite is one example of this.  The valley gives an idea of what the Hetch Hetchy Valley looked like before it was flooded to create the Hetch Hetchy Reservoir.  The reservoir provides water for the San Francisco area.

Other parks can highlight the conservation mistakes made in the early years of the National Park Service.  No park is better for this than Yellowstone.  From the founding of Yellowstone until the 1970’s, it was common practice leave garbage out for the bears as well as feed them by hand.  The bears have been paying for those mistakes since.  Over that time the bears were habituation and became a danger to humans.  Today, park service is still dealing with the remnants of these issues.   Another issue was several of the geysers stopped erupting after people threw rocks or soap into them.

So what do the national parks mean to me – they mean the world to me.  Nothing is better than a six-year-old girl watching in awe as a heard of bison eat. I am also thankful for sites that don’t just present the positive history but remind us that the past isn’t pretty.   Every park is part of the fabric, and I for one can’t thank those early men and women who fought to protect these places.

Why do I love visiting the National Parks?

I love visiting the national parks because they provide a window into the world around me. They have taught things about myself and challenged me to push myself further than I would have ever imagined.

I was 19 years old when I made my first cross-country road trip.  I drove from the University of Florida to Mount Rainier Washington all by myself.  I did that because I wanted to have a car while I was working at Mount Rainier for the summer.  I took the job at Mount Rainier because it sounded like a fun way to spend a summer and make a little money.  At the time, I loved the outdoors, but I wasn’t by any means obsessed with the national parks.

On the way to Rainier, I stopped at Yellowstone National Park.  This stop changed my life.

I am not joking.  It changed my life.  I had always known there were a large number of national parks like Denali, Yosemite, Everglades, and the Great Smoky Mountains.  But I had no idea there were 58 national parks. **This road trip took place in 2010.  At that time, Pinnacles and Gateway Arch were not national parks.

I was hanging around in the wee hours of the morning to watch Old Faithful erupt when I struck up a conversation with the couple sitting in a chair next to me.  This couple was celebrating visiting all 58 national parks by visiting the first park they had visited as a couple.  They shared some of their adventures from a homestay in America Samoa to seeing bears of Katmai to walking in the Rio Grande river.  I hadn’t realized these places were part of the national park system.

At that moment, the goal was formed.  Visit all 58 national parks by the time I turn 30. Why 30.  I have no idea.  My 19-year-old brain decided it was a good number.  On  January 10, 2013, the goal was changed from all 58 to 59 national parks with the addition of Pinnacles National Park.  I have decided that I don’t consider Gateway Arch National Park in Missouri as a Park since it is tiny and not a natural wonder.  So in my mind, there are only 59 National Park in the United States, but park service says there are 60.

As of 04 July 2018, I have two years, three months and 21 days to visit 12 more national parks.  When I started this journey, I never imaged I would get anywhere close to finishing. I have hiked to the top of mountains, seen so many wild animals in their natural habitats, and pushed my limits to new heights.

Spot on Jennifer. I too love national parks because the bridge they form dazzles me. I see parks as refuges from sometimes hectic man-human-made life. People mean well but muck things up sometimes. One trip to a national park moves you from the muck to perfection.