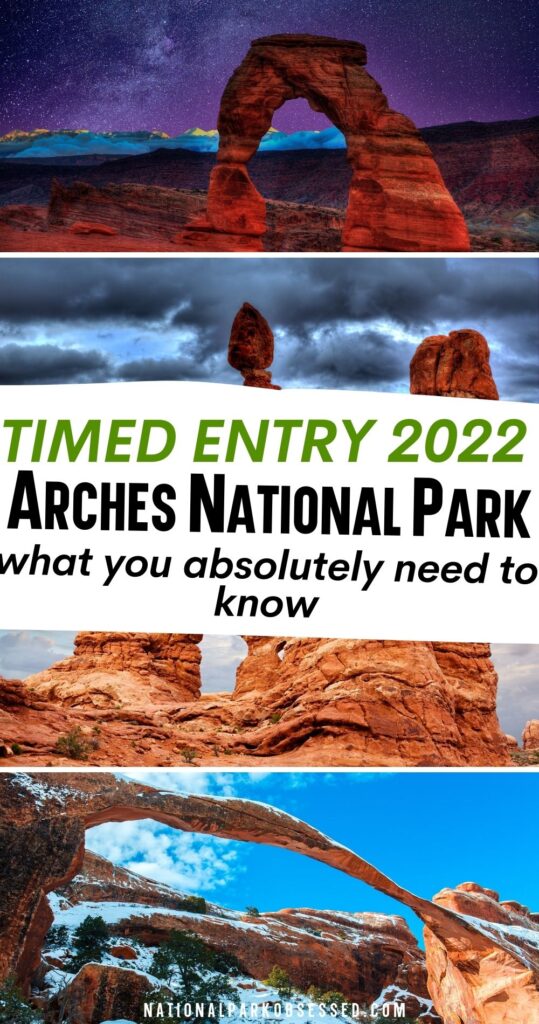 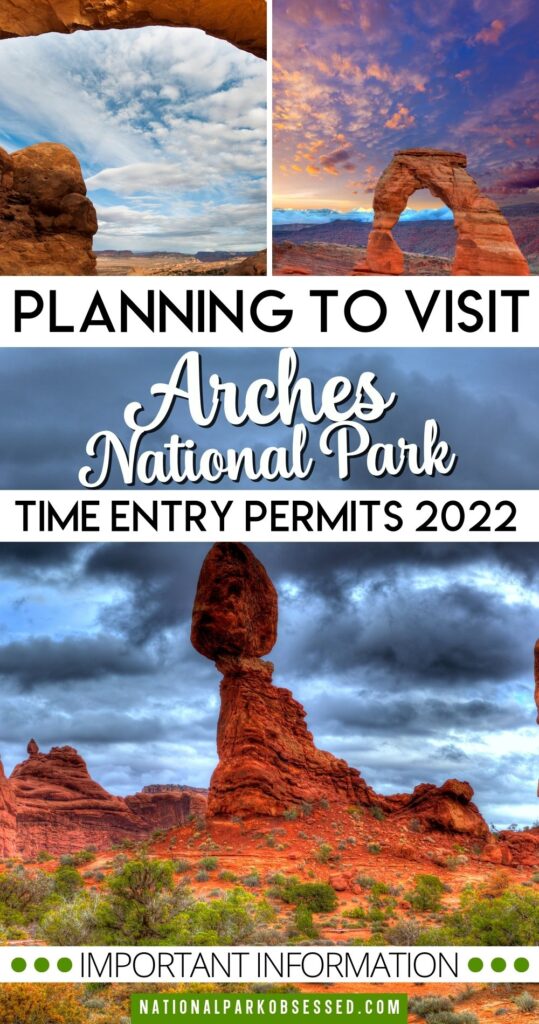 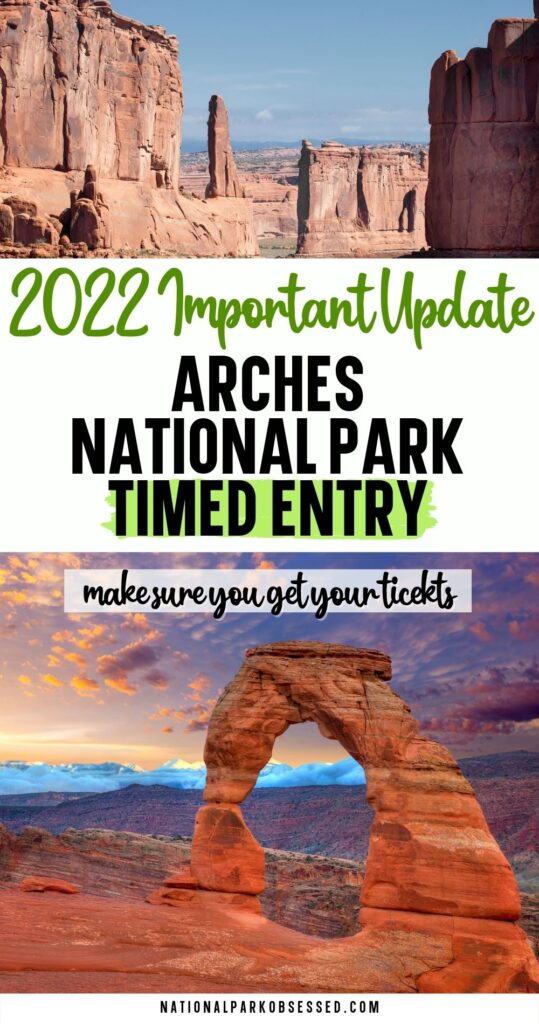 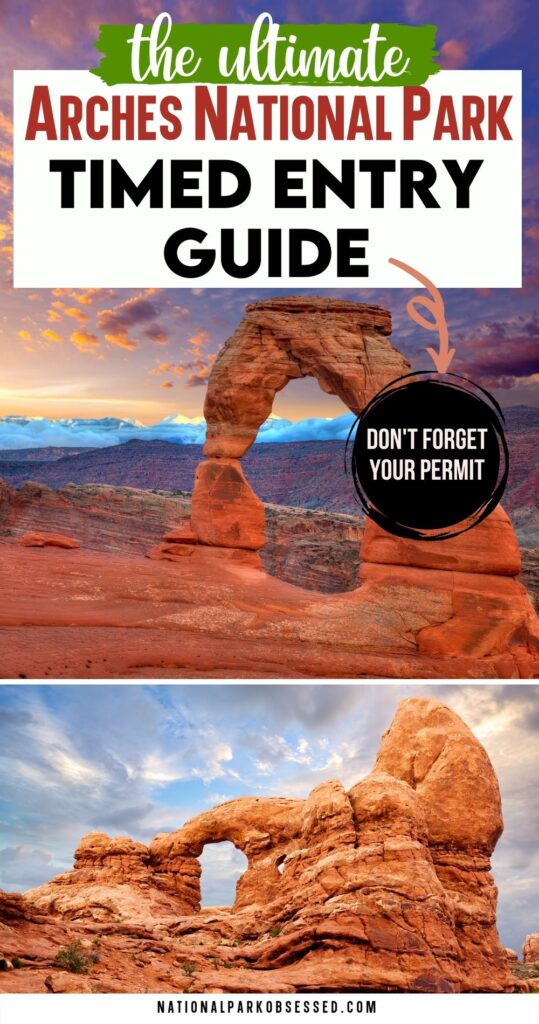 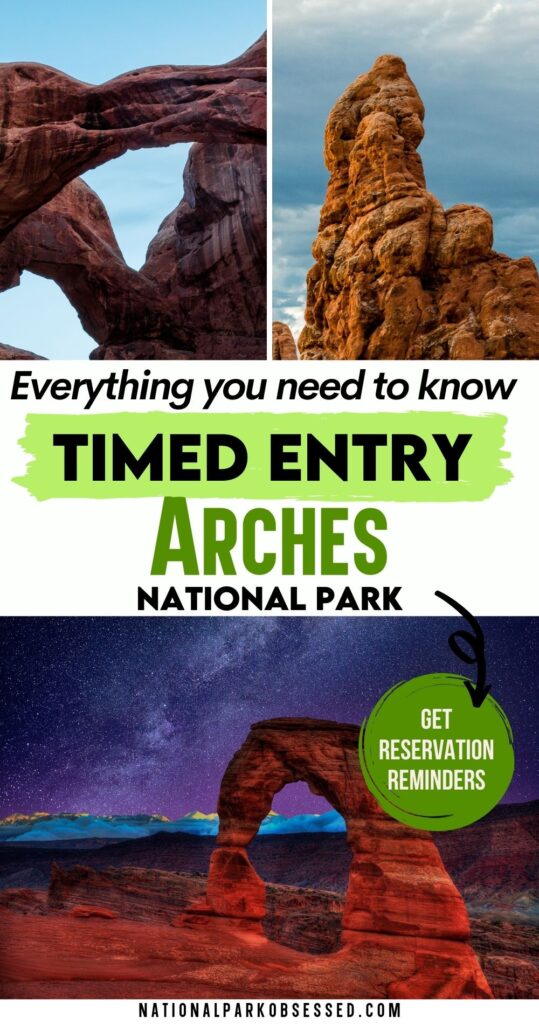 Arches National Park has a problem. This popular Utah National Park is often at visitor capacity from April 3 to October 3 and from mid-morning until early afternoon, finding parking in the park can be difficult. Between this and the backup at the entrance station, people attempting to visit Arches often have a less than stellar visit.

To combat this, Arches is going to test a timed entry program in 2022 to space out visitors during the day and prevent visitors from arriving and discovering that the park is full.

Arches National Park Timed Entry Permits are being implemented to help the park manage park visitation. Due to its small size, limited parking, and massive increase in visitors, Arches is experiencing EXTREME overcrowding such that the entrance line is backing up for MILES on Highway 191. This backup blocks the highway and creates a major safety concern, and NPS has no choice but to close the park entrance.

It isn’t uncommon for the gates to close mid-morning and the park to turn visitors away until early afternoon. For example, in September and October 2020, the entrance was closed 36 times.

Arches time entry permits will give visitors a 2-hour window to enter the park.

The timed entry permits will help limit the number of visitors accessing the park and spread the use of the park out through the day and hopefully helps minimize crowding at the trailheads and parking lots.

Do you need a Arches National Park Timed Entry Reservation?

If you have camping reservations inside Arches National Park, you do NOT need an Arches Entrance Reservation.

If you have a backcountry permit or Fiery Furnace reservation, you do NOT need an Arches Timed Entry Permit.

If you are traveling with an authorized tour group, you do not need an additional reservation or permit.

Other Important Information about the Arches Timed Entry Permits

How do you get a Arches National Park Timed Entry Permit?

Arches National Park Timed Entry Permits are obtained from Recreation.gov. One permit per vehicle. I

Advanced Arches Timed Entry Permits are released three months in advance in monthly blocks at 8 am park time which means that you need to account for the time change in March. These ticket reservations can be made at Recrecation.gov.

The majority of the Arches entry permits will be released in advance.

The second block of permits is released at 6:00 pm MDT every day for the following day. Such as tickets for May 30 are released on May 29. These ticket reservations can be made at Recrecation.gov.

These tickets will be shown as “Not Yet Released” on the Recreation.gov website or app until they become available.

What happens if I don’t get an Arches Timed Entry Permit?

Timed entry is from 6 am to 6 pm. Arches is open 24 hours a day unless the weather has closed the park road. So read into that statement what you will.

Why doesn’t Arches National Park do a shutttle system?

According to Arches officials, it would be complex and overly expensive to implement a shuttle system in Arches. This is typical government bullshit. NPS is way underfunded. Funding-wise, the parks are barely treading water on maintenance let alone having money to make actual improvements.

In my opinion, Arches is park is perfect for a shuttle system. It has one road and there is space to put a nice big parking garage at the entrance then run a shuttle into the park. At the major attractions add nice shuttle pick-up spots that are covered and space for a line to form. At the lesser attractions put a bench and a sign.

I know it’s frustrating that Arches is piloting timed entry permits, but it is a necessary evil given the situation in this national park.

Pin for Later: Arches National Park Timed Entry Permits: What you need to know in 2022

Hi Markus, I called Arches about this same question as I want to see the sunrise and the early AM slots for my June trip are already full. Their phone automated system message specifically mentions that the timed entry is from 6am-5pm and you do NOT need a reservation outside of those times!! I'm planning to get there at 5:30 to see the sunrise at Turret Arch :)

Hi there! So, do I get it right that I may enjoy a day at Arches without a timed entry permit if I enter the park at, say, 5.30am? Best, Markus