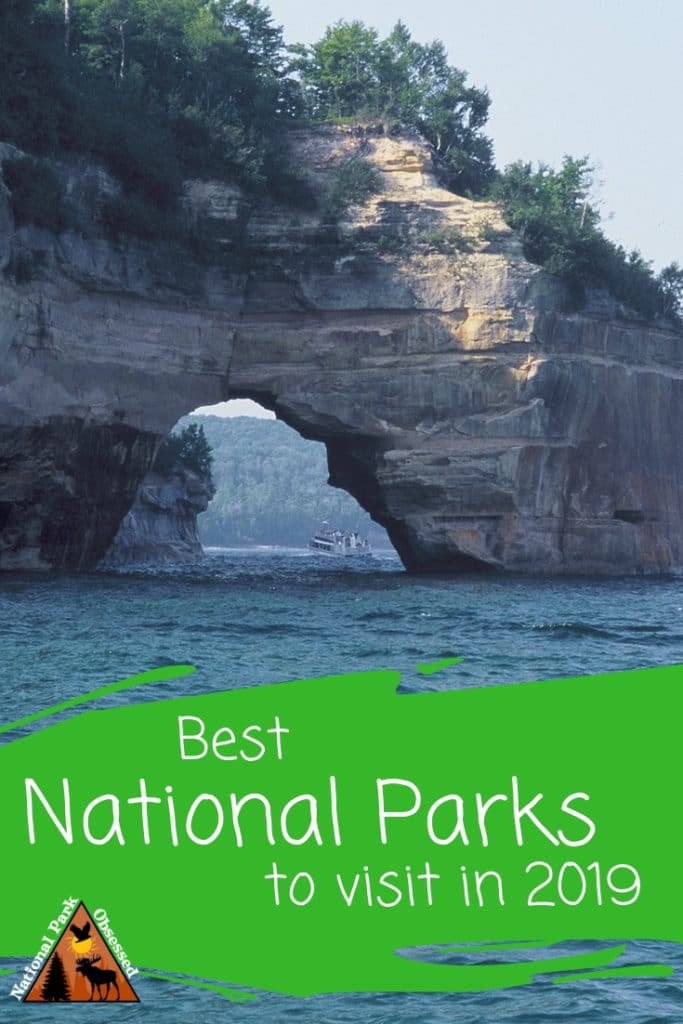 2019 is almost upon us.  It is time to start thinking about your national park adventures for the next year.  With 418 National Park Service units to choose from, there are a lot of options.  They range from massive parks that are several million acres to small historical sites honoring important people and events in United States history. We have gone thru the complete list of national parks and picked a few of our favorites or are on our own visit wishlist.  Our list of national parks you should visit included a range of parks across the United States and showcase the best of the park system. Here are 12 National Parks to visit in 2019.

Best US National Parks to Visit in 2019

Boston, Massachusetts is a city full of history.  The city played a critical role in the American Revolution.  The city and region lead the charge in freeing the United States from Great Britan.  Less that 100 years later, the city would help lead a second charge into freedom.  The Boston African American National Historic Site is made of the Museum of African American History and The Black Heritage Trail.

The Black Heritage Trail is 1.6-mile walk through the Beacon Hill area. The trail winds through one of American’s earliest black communities.  Here men and women organized the resistance to slavery and lead the charge for freedom and equality.  The trail covers pre-Civil War free African Americans homes and other historical sites such as the home of Underground Railroad conductor John Coburn, or George Middleton who lead the Black militia during the Revolutionary War.  The trail also visits Charles Street Meeting house, one of the first integrated churches and Phillips School, one of the first integrated schools in Boston.

The Museum of African American History is open every day from 10:00 am – 4:00 pm Monday – Saturday.  Admission is $10.  The Black Heritage Trail is free to walk.  Most of the stops are not open to the public but the Abiel Smith School and African Meeting House are open Monday thru Saturday 10:00 am – 4:00 pm.  Free tours are offered at 1 pm from late spring to early fall. 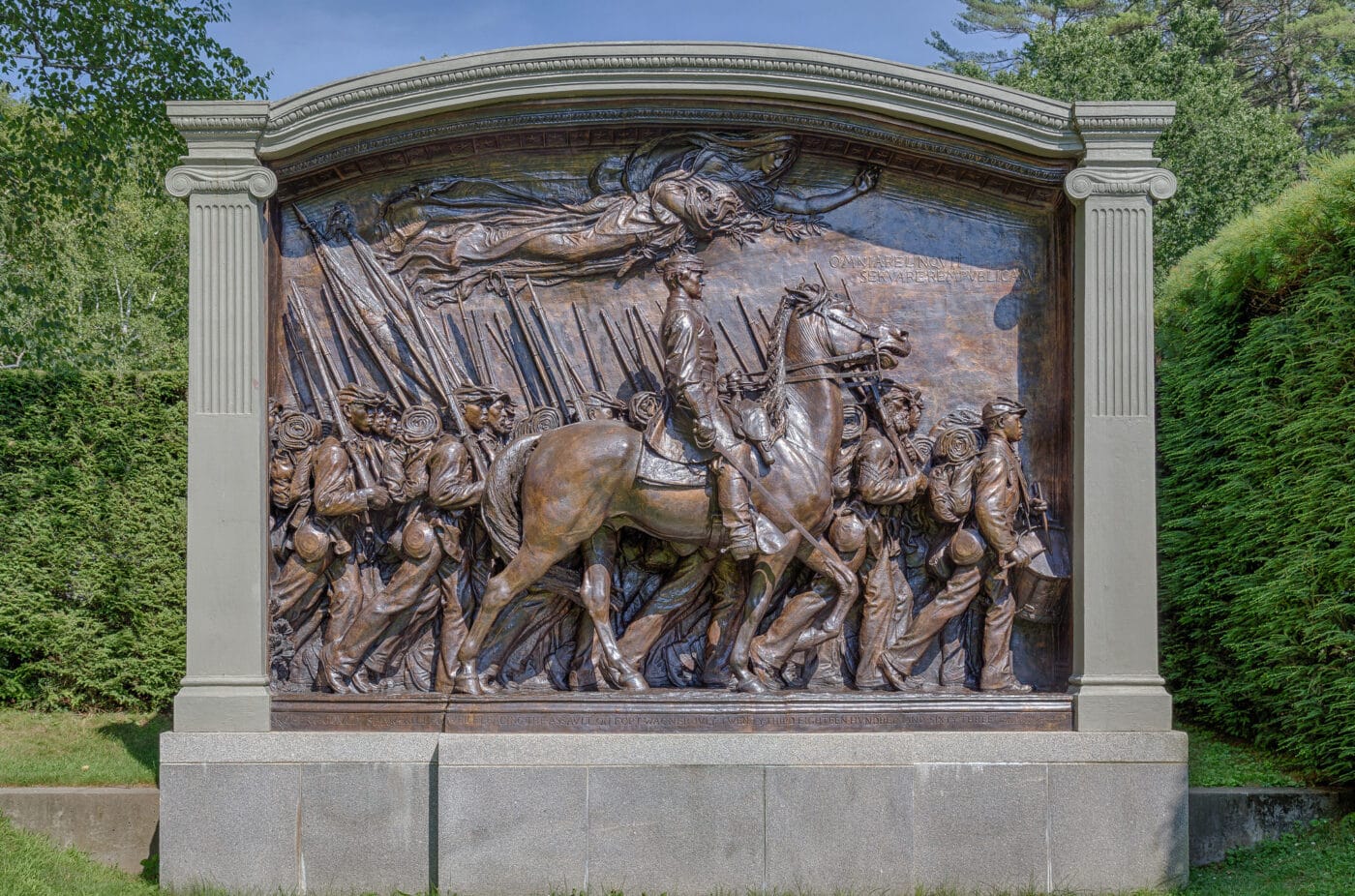 Today, Lewis and Clark use of the area is protected by the Lewis and Clark National Historical Park.  The park is made up of several sites such as the reconstructed Fort Clatsop, Clark’s Dismal Nitch, Fort to Sea Trail, Netul Landing, Salt Works, and Station Camp / Middle Village.

Hidden in northwestern Alaska is a very special national park, Kobuk Valley National Park.  Kobuk Valley is only accessible via air taxi from nearby cities.  None of the nearby cities have road access either.  The park protects a transition zone between the boreal forest and the tundra.  The park is made of the wetlands valley of the Kobuk River.

The park features arctic and subarctic flora and fauna.  Visitors will often see some of the 400,000 strong Western Arctic caribou herd and mousse.  It is possible to see wolves, black and brown bears, lynx and Dall sheep.  Salmon occurs in the Kobuk River.

Kobuk Valley is an important historical region.  The Onion Portage Archeological District is one of the oldest sites of human habitation in North America.  Artifacts as old as 8,000 BC have been discovered in the area. 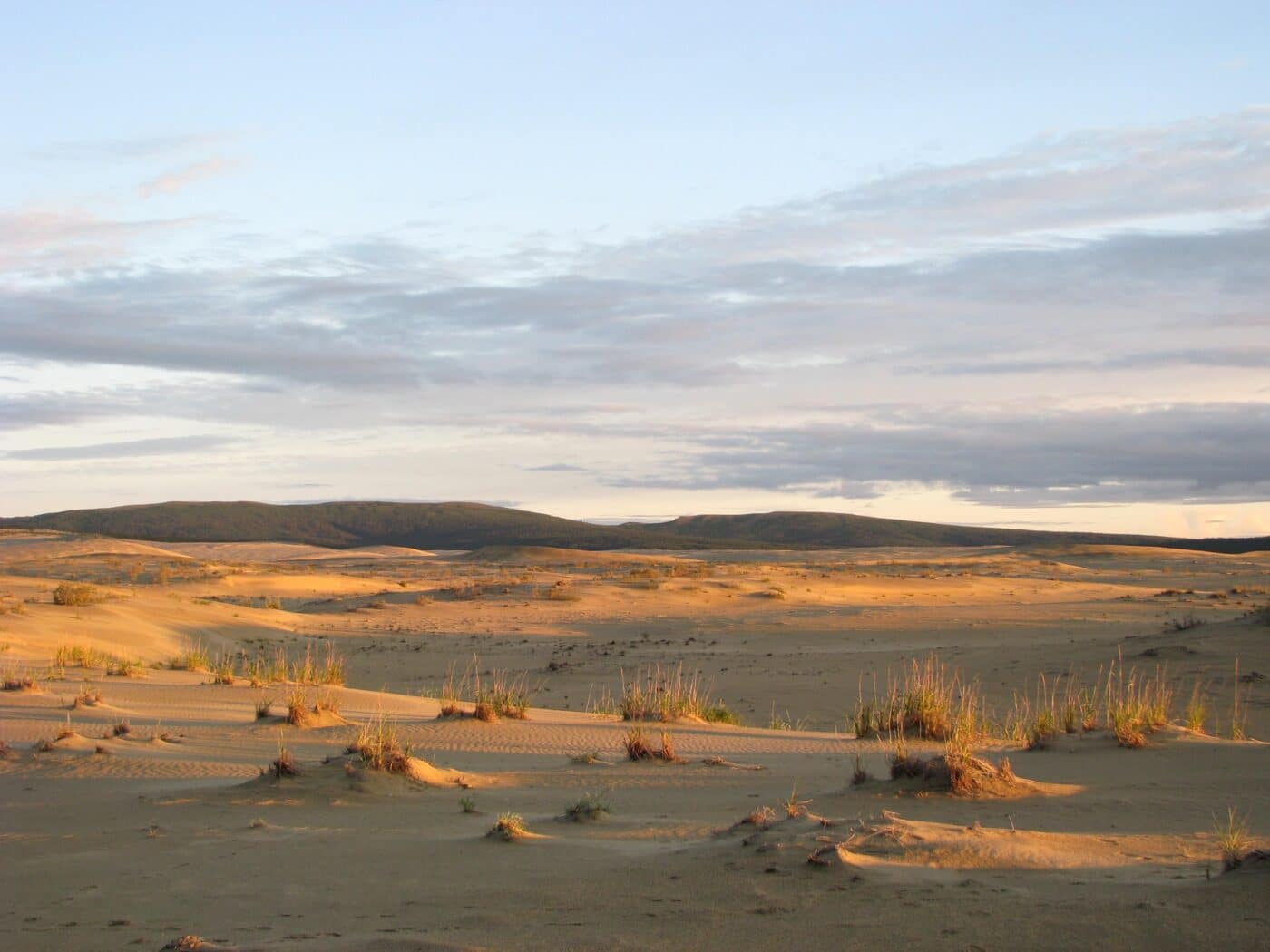 When you drive up to Fort Point National Historic Site, the fort comes into view but it seems to get lost in the view. The Golden Gate Bridge dominates the view and Fort Point seems to fade into the background of the bridges southern approach.  It is surprising that the fort survived the building of the bridge due to its location.

Fort Point was built in 1853 to provide protection for the San Francisco harbor.  The fort was finished just before the Civil War and never saw any military action.  The Fort would have a few uses after the Civil War but nothing was every permanent.  In 1926, an effort was made to preserve the fort for its outstanding military architecture.  But no money was available.

In the 1930s the city of San Fransico started work planning for a massive bridge across the entrance of the harbor.  The plans included destroying this fort.  A timely intervention happened.  Chief Bridge Engineer Joseph Strauss visited the site and realized the historical value of the fort.  He said “it remains nevertheless a fine example of the mason’s art…. It should be preserved and restored as a national monument.” Strauss redesigned the southern approach of the bridge so that the fort could be saved. 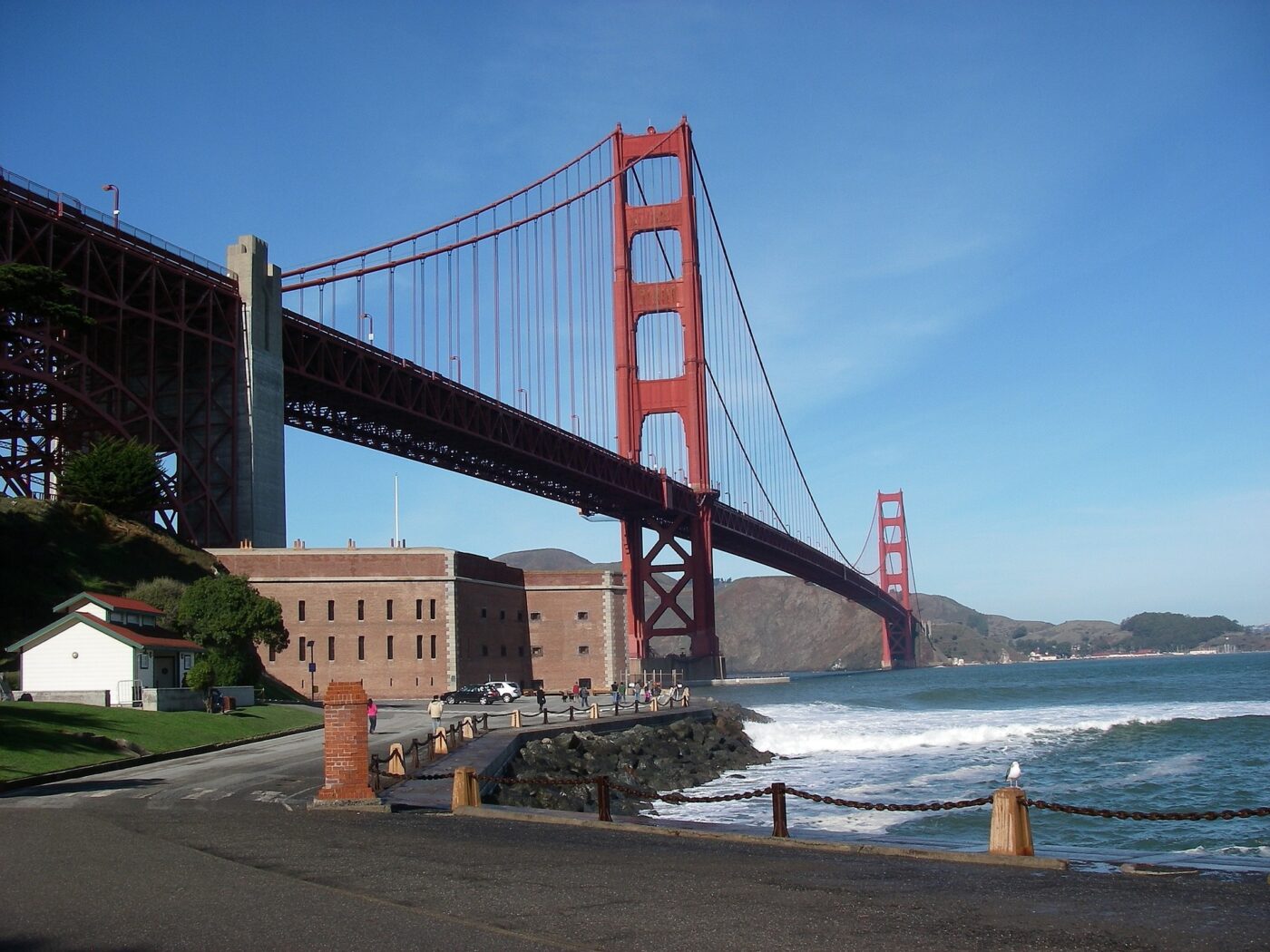 As your drive to Scotts Bluff National Monument, imagine you have left everything you know and loved and are heading to the territory of Oregon via a covered wagon.  You expect your journey to take four to six months to travel from Missouri to Oregon.  You are crossing the Great Plains with a simple map and directions.  GPS units are far into the future.

The flat landscape hides your progress and you hope you are following the correct sets of wagon tracks as you across the Nebraska Territory. In the distance, you start to see a massive rock formation rise above the landscape.  You look at your map and sign in relief.  This rock formation is on your map.  This formation is called Scotts Bluff by the Europeans and Americans.  The Native American tribes in the area called Me-a-pa-te, “the hill that is hard to go around.”

Scotts Bluffs was designated a National Monument on December 12, 1919.  At the base of the bluffs is Oregon Trail Museum and Visitor Center and offers a few hiking trails along the bluffs. The Civilian Conservation Corps created a roadway to the summit of the bluffs.

Tuskegee Airmen National Historic Site is honors both perseverance and exceeding society expectations and one of the darker periods of American history.  Early African Americans aviators were barred from flying for the U.S. Military.  In one of the first major fights on the road to equality, the civil rights organizations used their influence to push for African-American military pilot.

In 1941 they succeed and the first African American men were selected for flight training.  The unit would be all African American lead by white officers (as was standard in the US Military at the time).  This unit was the 99th Pursuit Squadron.  Even with the formation of the squadron, the strict requirements were designed to keep African American out by requiring higher education or flight experience.  Thankfully, colleges like the Tuskegee University were filled with young African American men ready to defy expectations.  These men would complete your training at Moton Field and the Tuskegee airfield in Tuskegee, Alabama

Defy them they did.  In March 1941, First Lady Eleanor Roosevelt toured the facility. She took a test flight with the African-American chief instructor C. Alfred “Chief” Anderson.  After her flight, she arranged for a loan to building Moton Field. During WWII, the Tuskegee Airmen severed with distinction and had some of the highest success rates of any air combat units.

The Tuskegee Airmen National Historic Site was created on November 6, 1998.

Imagine a world without air travel.  It wasn’t that long ago that flying somewhere was just a dream  On December 17, 1903, Orville and Wilbur Wright succeded in taking the first controlled and sustained flight by an aircraft.  The made this historic flight in Kill Devil Hills, North Carolina.  Here the two brothers developed three-axis airplane control and the first practical fixed-wing aircraft.

On the historic day of December 17, 1903, the brothers made four successful flights.  Each flight path is marked with small monuments at their starts and finishes. After years of gliding experiments in the area.  The Memorial’s visitor center contains a replica of the plane used (the original plane is in the National Air and Space Museum in DC) along with many original tools.  Reconstruction of the hangers and other building add to the experience.  There is also a 60-ft monument ot the brother achievements. 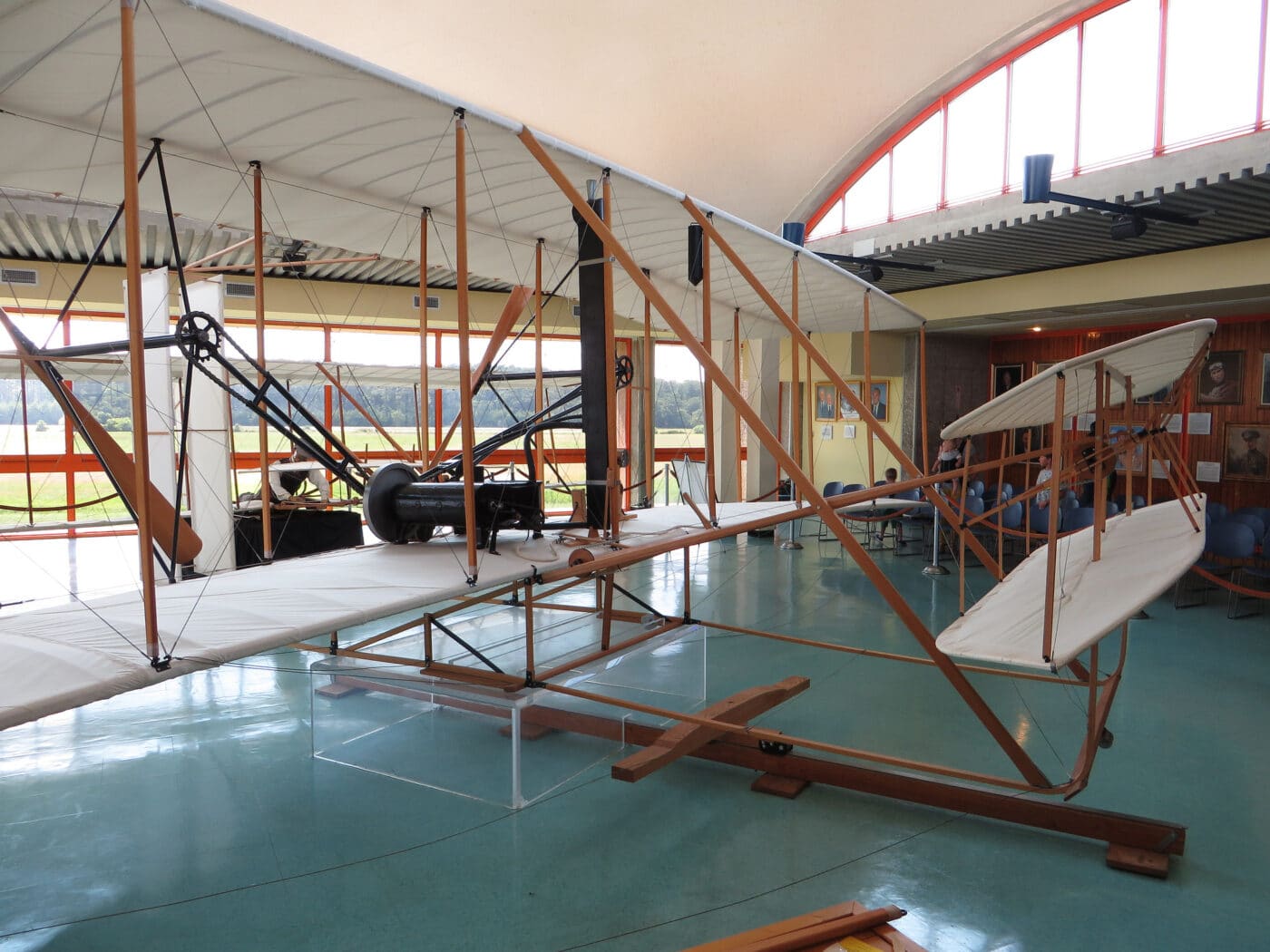 Big Bend offers visitors a chance to hike in a unique mix of landscapes from river valley and associated canyons to the summits of the Chisos Mountains.  The plant and wildlife diversity makes this region unique.  Sea fossils and dinosaur bones have been found in the national park.  The archeological evidence dates human inhabitation back about 10,000 years. 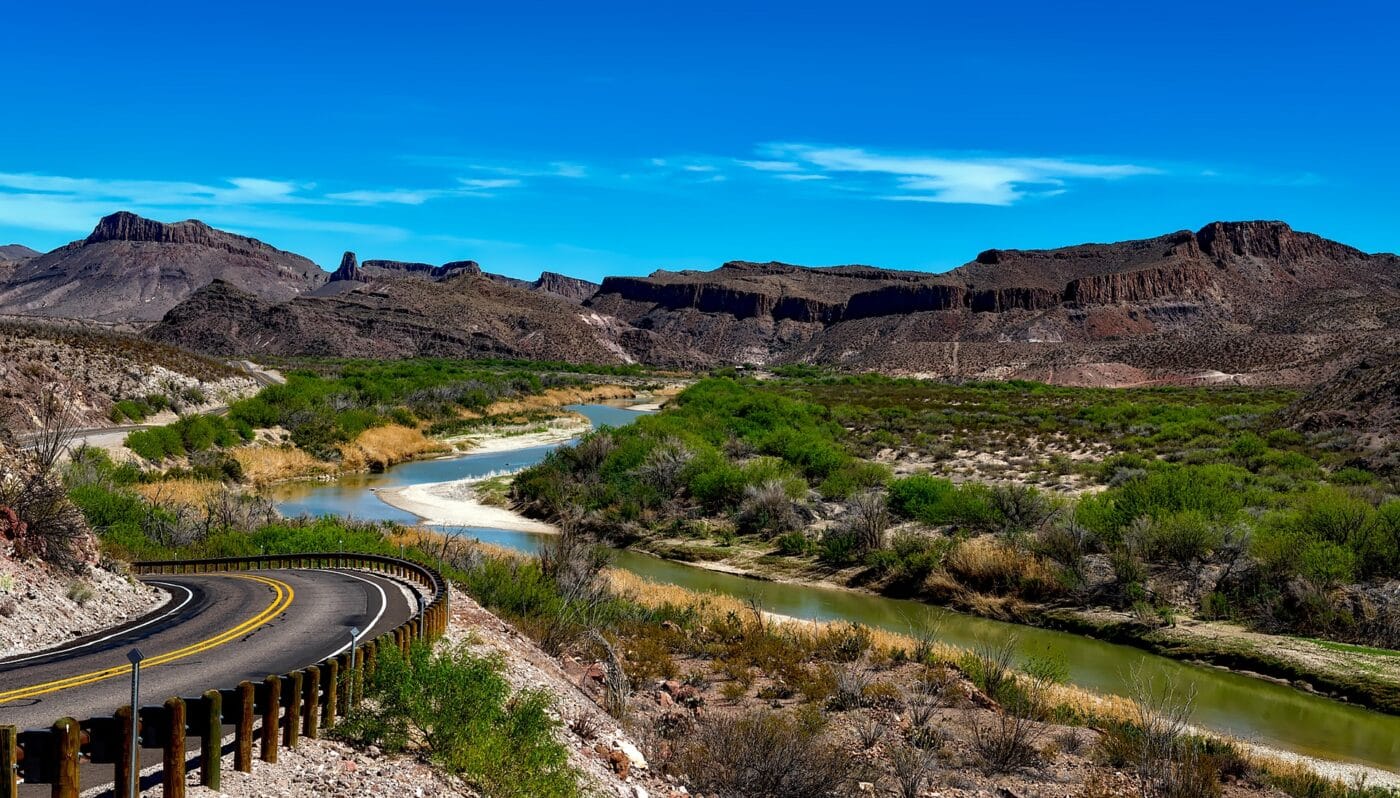 As you drive across the vast open landscape of South Dakota, it is hard to imagine that for almost 550 intercontinental missiles were once armed and ready to be launched from underground bunkers and missile silos spread out around the states of South Dakota, Dakota, and a few other states.  All 550 missiles could be launched by turning 4 different keys.  These Minuteman Missiles were installed as part of a Cold War nuclear arms race between the United States and the Soviet Union.  The race was one of mutually assured destruction.  If the Soviets launched their missiles the USA would launch there and in the end, both nations would be smoking holes.

Today, almost all the missiles are gone (so we are told).  The bunkers are empty and have been filled in except for one of the missile silos and a control bunker.  Delta One (D-01) was a launch control facility that is you can visit with a free ticket.  This site is an above ground living quarter with an elevator to the underground bunker where the launch controls were.  Delta Nine (D-09) is a missile silo and you can walk up to the silo and look into it and see a dummy missile. 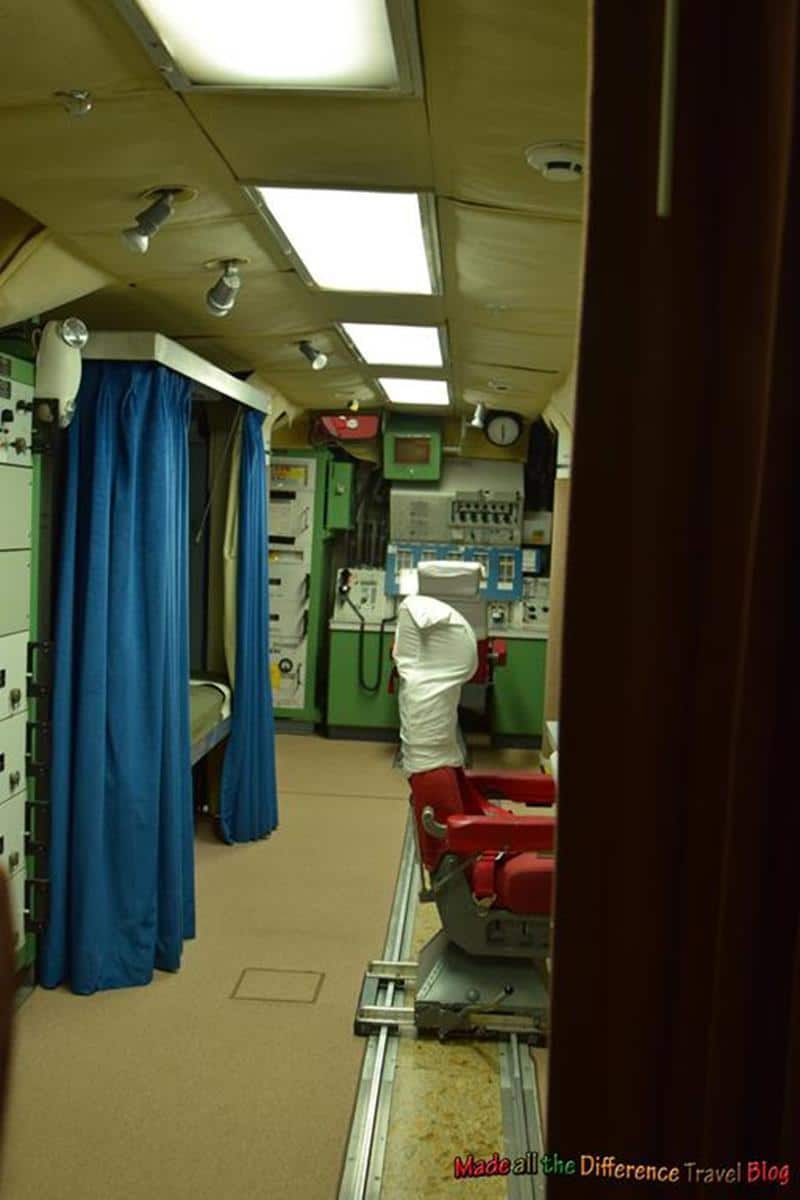 Head down to South Florida and check out the unique ecosystem that is the Everglades. Everglades National Park is a rich ecosystem teeming with wildlife.  Plan your visit for late fall, winter or early spring and avoid the Everglades most numerous resident, the mosquito.  The water level is low during the winter which means that most of the wildlife is concentrated near the waterways.

The beauty of the park isn’t as obvious as other parks but if you look closely you will see an amazing collection of birds, fish, and reptiles.  There are alligators and crocodiles to be seen.  Due to the nature of the park, there are very few hiking trails but there are plenty of canoeing and kayaking trails to explore.

Everglades National Park was authorized on May 30, 1934, as the first national park to protect a fragile ecosystem. 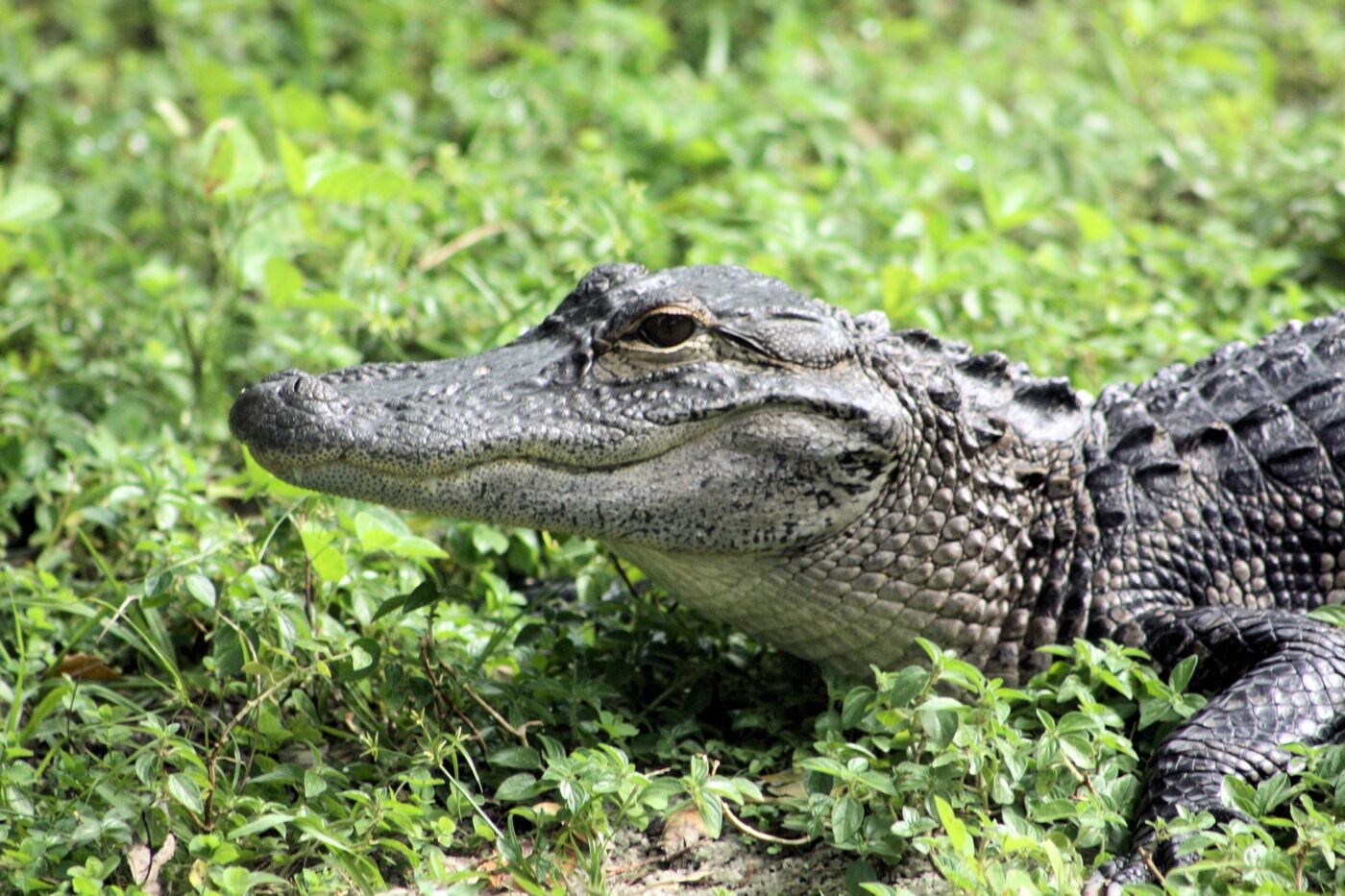 Native Hawaii’s face numerous challenges upon the Kona coast of Hawaii’s Big Island.  Kaloko-Honokohau National Historical Park protects many historic sites related to their survival in this landscape.  The park is home to temples, petroglyphs, and mountain to sea divisions.

Kaloko-Honokohau is made of several parts.  Honokohau Beach is a public beach with snorkeling and water activities but the beach is home to an ancient heiau (temple).  The Hawaiins built the ‘Aiopi’o fishtrap in the area to make catching fish easier.  The site has two fishponds, Kaloko and Aimakapa.  These fishponds were built to raise fish for the ali’i (cheifs).  Today, they make great wetlands for birds and baby fish. 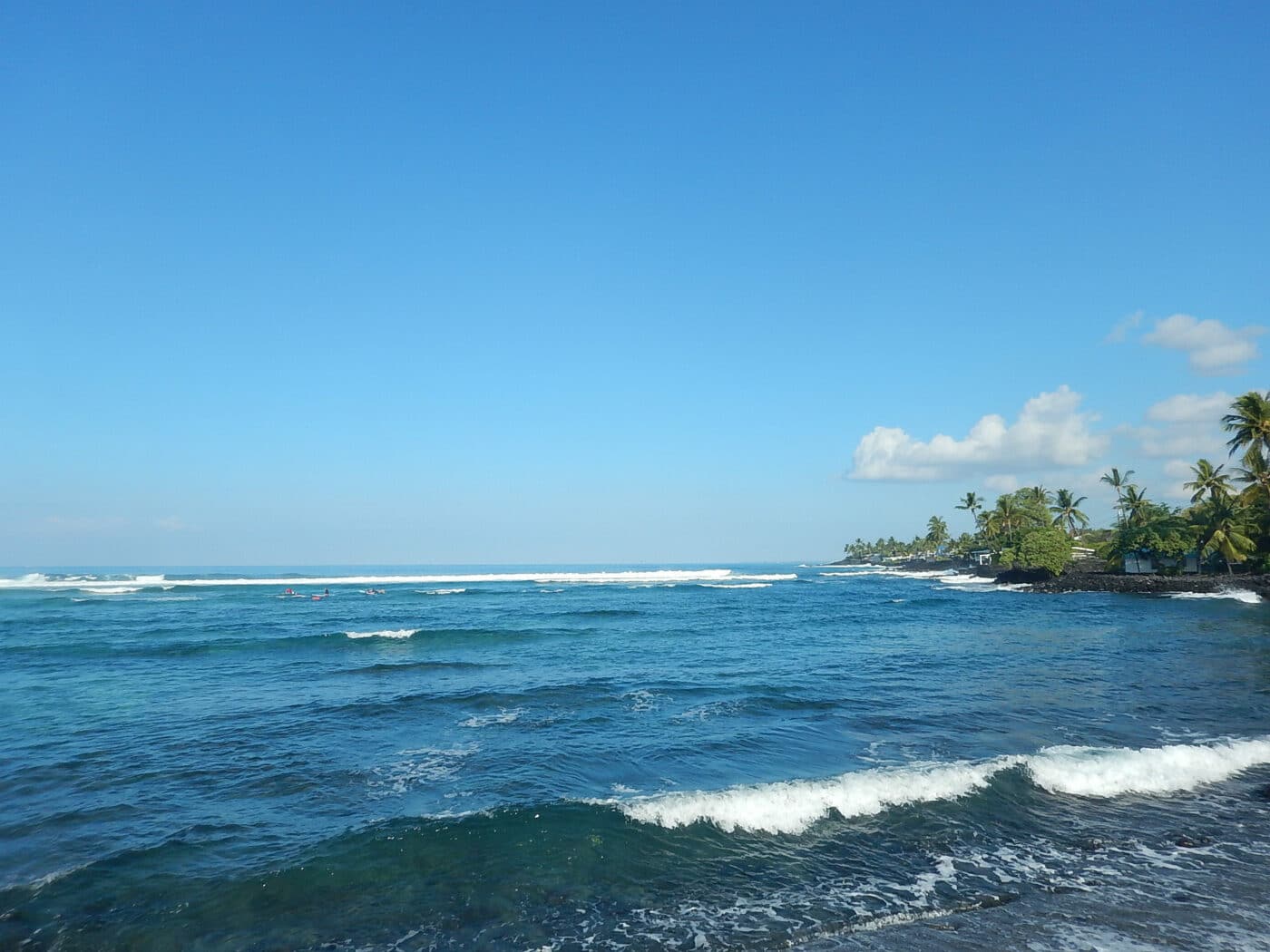 The sandstone cliffs of Picture Rocks National Seashore look like something you would find on the coast of the Mediterranean.  But it’s not.  It is the shoreline of Lake Superior on the Upper Peninsula of Michigan.  The limestone cliffs run for 15 colorful miles and can be up to 200 ft high.  The lakeshore has a wide collection of unique rock formations, waterfalls and sand dunes.

The park can be explored from both land and lake.  The seashore has a series of roads to provide access near the Grand Sable Dunes, 12 Mile Beach and Miners Castle.  During the summer, several companies offer boat tours of the area and sea kayaking is one of the best ways to explore the limestone cliffs. 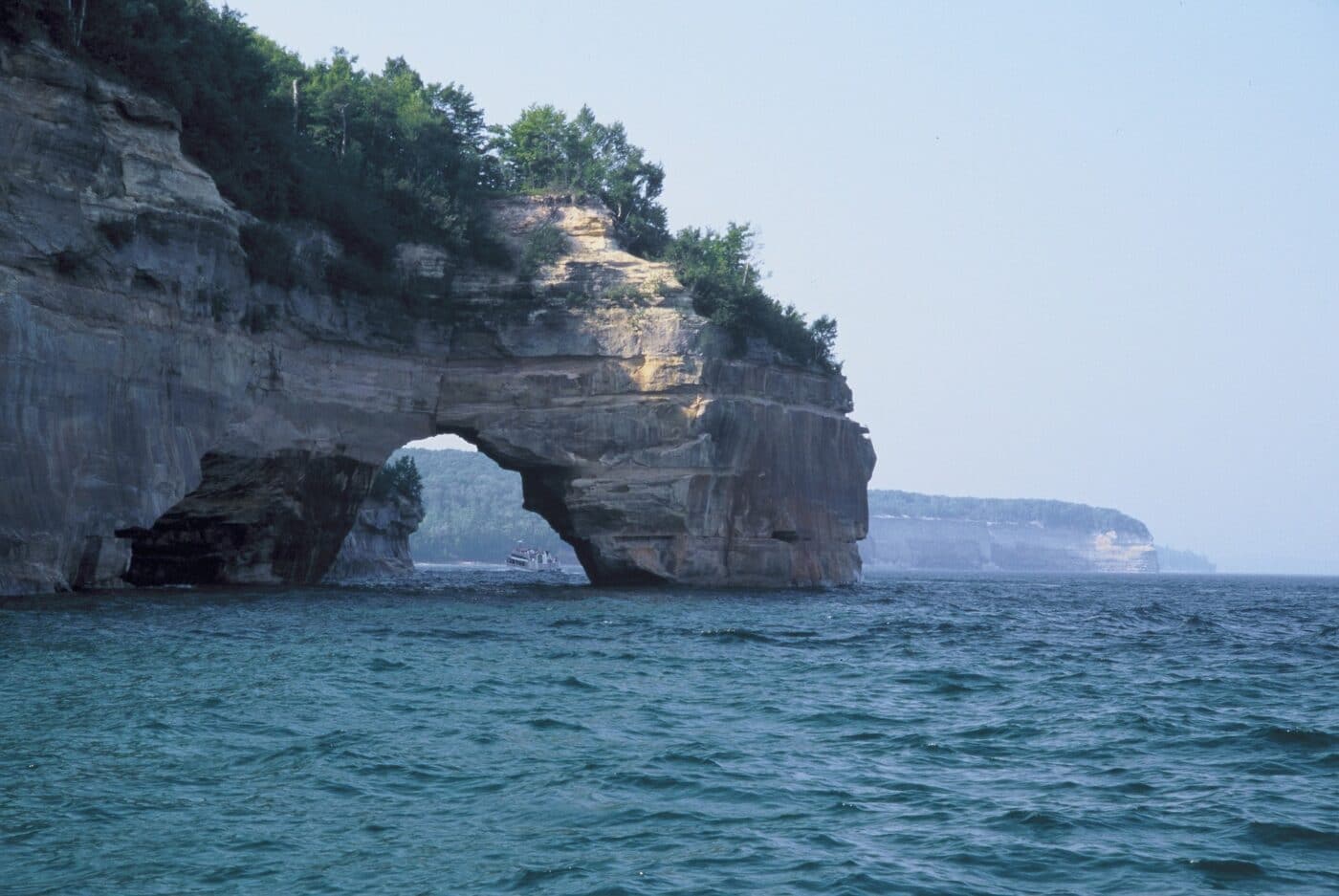 What National Parks do you plan to visit in 2019? 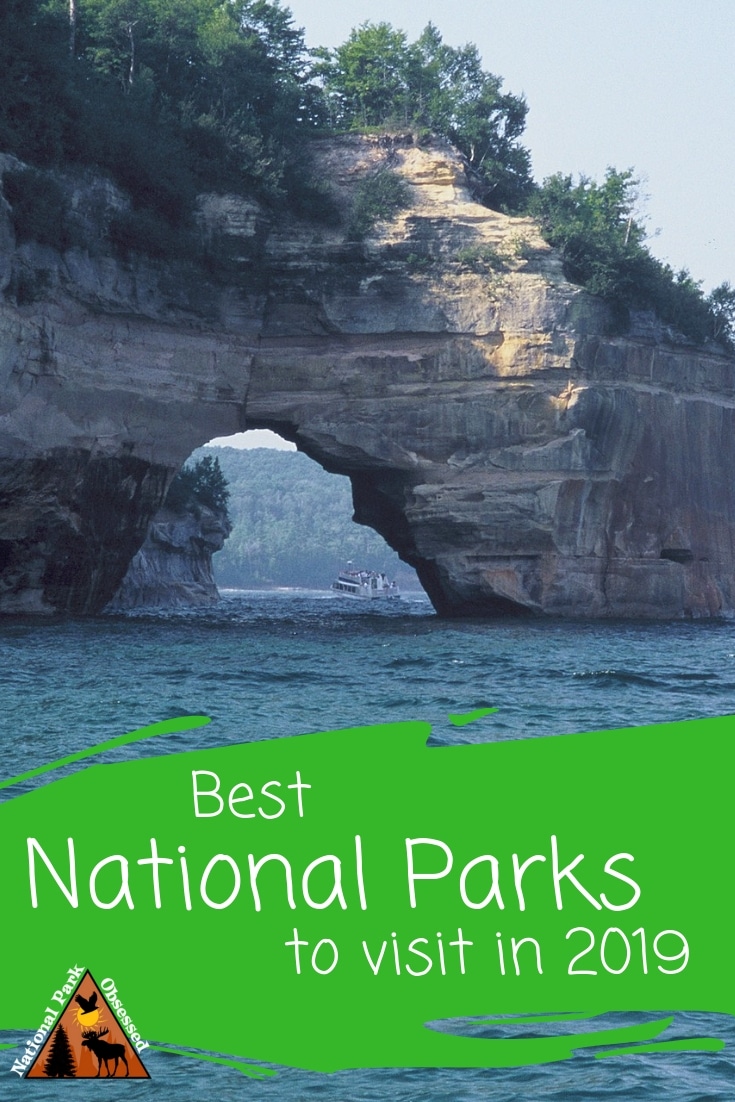