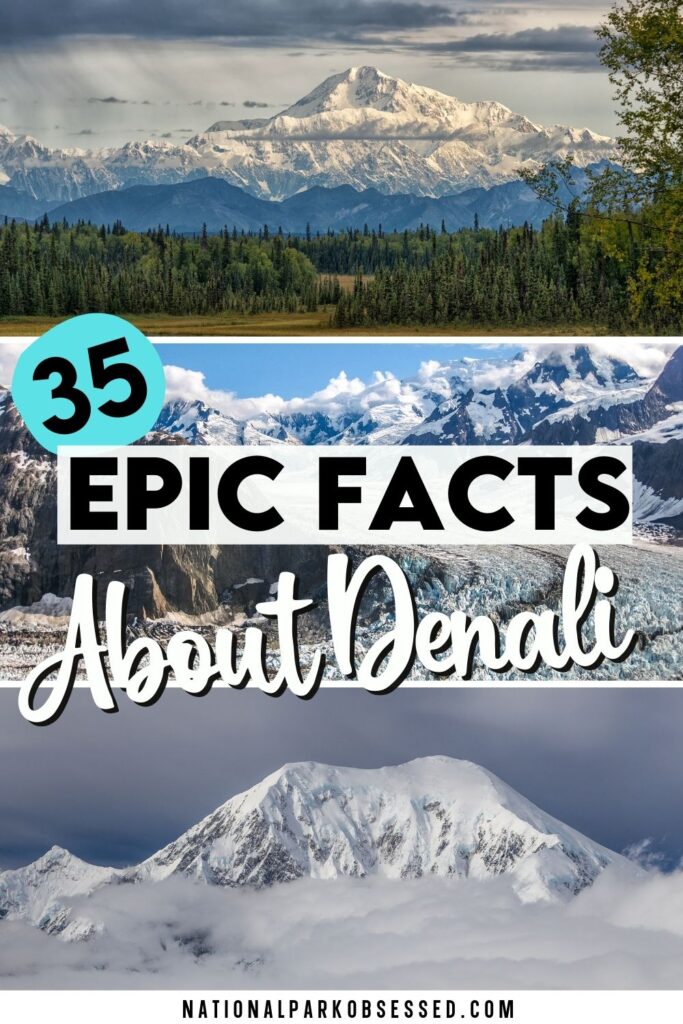 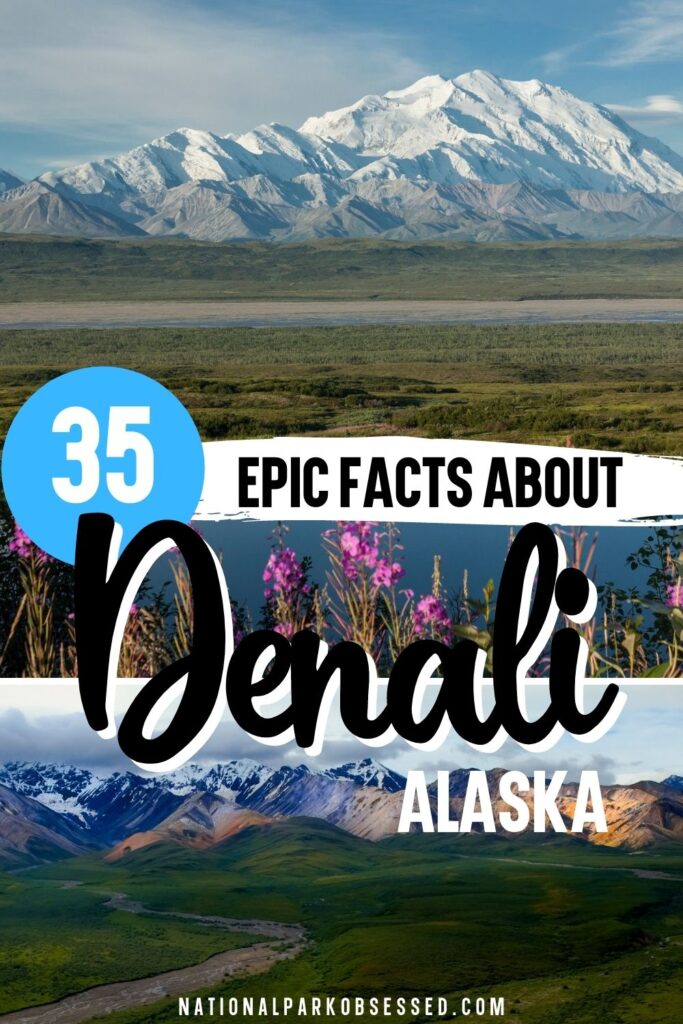 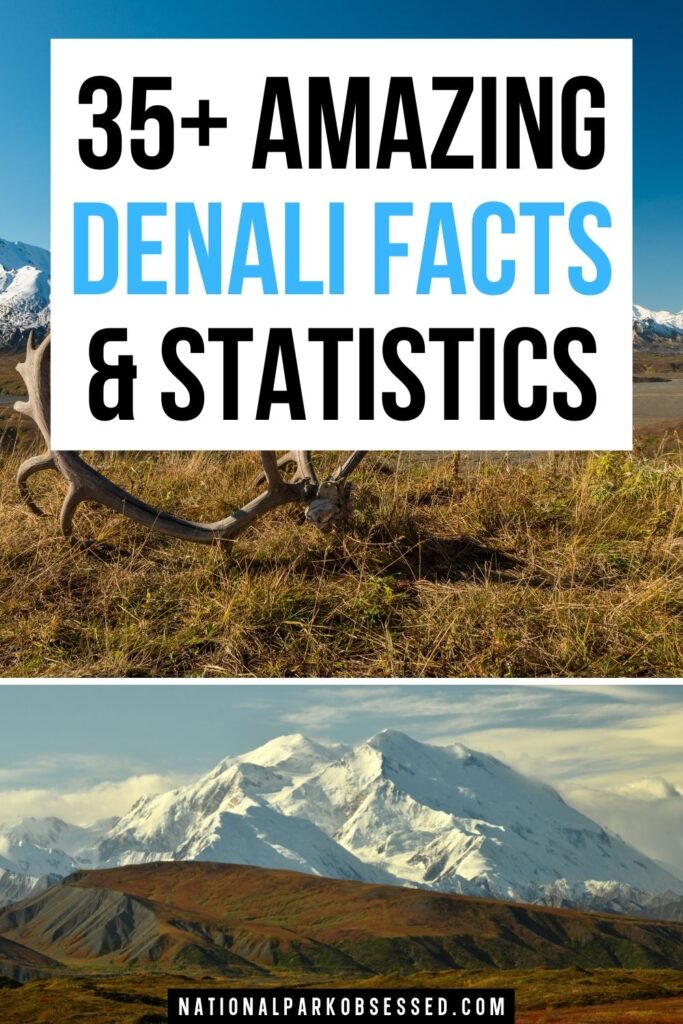 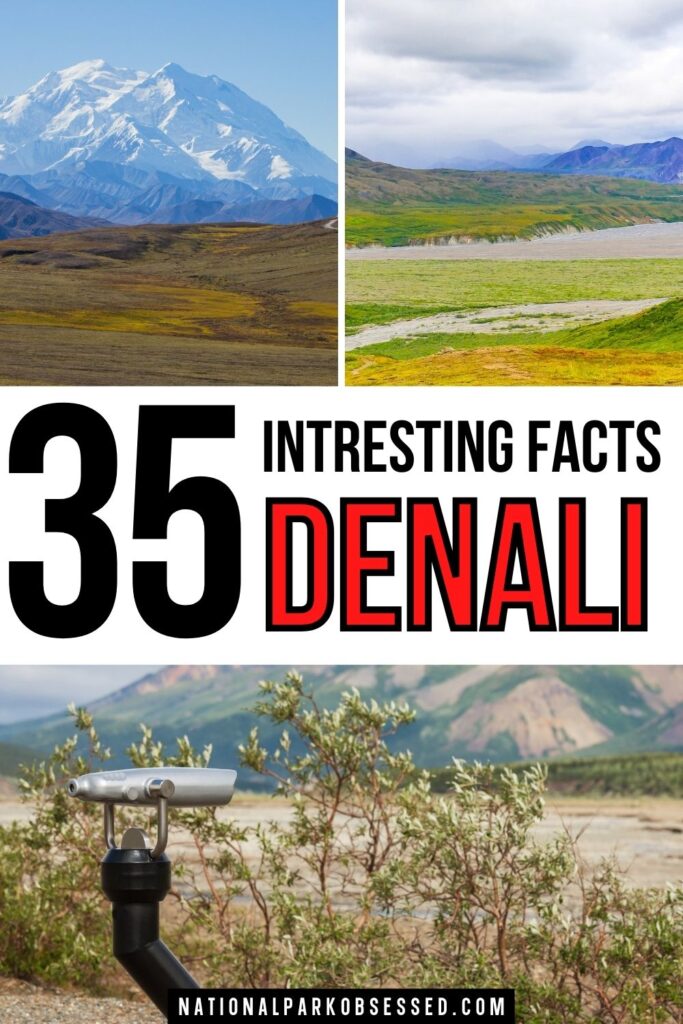 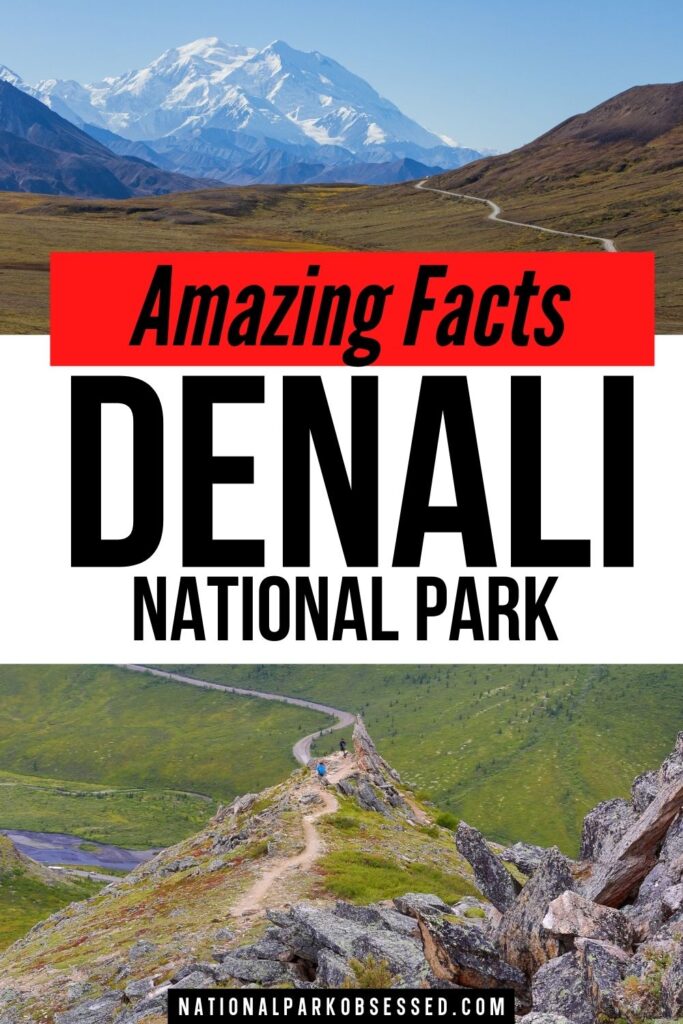 Standing proudly in interior Alaska, one mountain stands above the rest. To locals, the mountain has always been known by her Athabaskan name “Denali.” To those living outside of Alaska, the mountain used to be called Mount McKinley. Denali means “The High One” and she is certainly a high mountain and seeing the mountain is on many people’s Alaskan bucket list.

If you are looking to learn more about Denali and Denali National Park, you are in the right spot. I have compiled some of my favorite Denali facts and statistics to help you prepare for your Denali trip.

Update of the 2022 Summer Season in Denali – Due to the Pretty Rocks Landslide, the Denali Park road will be closed at Mile 43. This means that all park services past mile 43 (Eielson Visitor Center, Igloo Campground, Wonder Lake) will be closed. Additionally, the 2022 Denali Road Lottery is canceled. All Transit Buses and Tour Buses are limited to mile 43.

Best of Denali National Park and Preserve in a Nutshell

THINGS TO KNOW: 11 Things to Know Before Visiting Denali National Park and Preserve

GETTING THERE: How to Get to Denali National Park

Best of Denali National Park and Preserve in a Nutshell

THINGS TO KNOW: 11 Things to Know Before Visiting Denali National Park and Preserve

GETTING THERE: How to Get to Denali National Park

There are some really interesting Denali statistics and records that make Denali a unique mountain.

Like moths to a flame, tall mountains draw people to them. There is something about standing at the summit that attracts people and Denali is no exception. Man has been documented attempting to climb Denali for over 110 years. Here are some really interesting facts about climbing Denali.

Please note that the Upper Kuskokwim, Koyukon, Dënéndeh, Dena’ina Ełnena, Ahtna Nenn’, and Tanana people lived (and still live in the region) in the flanks and valleys of Denali. It is possible that these local people attempted to climb or successfully climbed the mountain prior to Russian / American exploration of the region. To my knowledge and research, there are no written records or oral history of indigenous people attempting to summit the mountain. If you have knowledge otherwise, please leave me a comment below.

>> Read more about Denali’s Climbing history with Jonathan Waterman’s In the Shadow of Denali: Life And Death On Alaska’s Mt. Mckinley

Denali’s name has a tangled and strange history. To locals, the mountain has only ever had one name. It took way longer than it should have to get the name changed back to its historic name.

>> Learn more about the oral history of the Alaskan Indigenous People in their own words with Shem Pete’s Alaska: The Territory of the Upper Cook Inlet Dena’ina

There’s a lot of things in Ohio that are already named after McKinley. This is no affront to our former president; this is all about ensuring that respect for the land and respect for the native people of the region is afforded.

Alaskan Senator Lisa Murkowski’s response to the Ohio whinny letter of complaint about changing the back to Denali.

You may still see signs and maps referring to the mountain as Mount McKinley. It is a slow process to re-do everything and in a few more years everything should be switched over.

Final Thoughts on these Facts about Denali National Park and Denali?

I hope you have learned something from these Denali facts and statistics. You should be ready to clean house at national park trivia night.

Do you have any questions about Denali Denali Park or need help planning your National Park trips. Let me know in the comments or join me in my National Park Trip Planning Community!

More Information for your trip to Alaska